With virtually unlimited customization directly integrated into original Xiaomi. Xiaomi Yuemi MK01B is the key for you to breaking through the competition. Express yourself with programmable advanced circular retro double color injection cap. All-key anti-ghosting, with 1ms faster response speed, more fluent for playing games. Ergonomic design is made for the gamer, office workers and all kind of users.

We continue with the domination of Xiaomi in the world of gadgets, sometimes directly, others sponsoring Chinese companies with interesting products that they end up signing and distributing.

They have named it YueMi Mechanical Keyboard and it has 87 keys. It is no longer curious that they wanted to enter the world of computer peripherals and directly attack the ‘gaming’ market, which is where this type of keyboard technology is most demanded.

The construction of the keyboard, keys on the margin, seems very good to have chosen the steel for the main structure, with an anodized aluminum finish. It is not very large, its width is 35.8 centimeters, but it has a considerable weight of 940 grams, due to the materials and mechanisms used.

The keyboard has a very powerful backlight system composed of LED 3528 that allows changing the intensity in six levels, and changes directly on the keyboard, there is no software for this.

The keys are made of transparent polycarbonate and can be replaced, either by fixing them or by possible customizations that have to arrive, something to expect in Xiaomi.

As you can see in the images the keyboard has been designed to work with Windows, there is no lack of the typical function keys, and in the case of wanting to play there is a way to block the ‘Win’ key so that we do not skip the menu when pressing by mistake.

For those interested in knowing the mechanical technology used, say that Xiaomi has chosen TCC Red push buttons, which according to the Chinese company have a guaranteed life of 50 million pulses.

Internally there is devised circuitry – a 32-bit ARM chip – to improve the response to the buttons, achieving an action time of 1ms, with the ability to detect eleven keys at once (Anti-Ghosting), without conflicts. 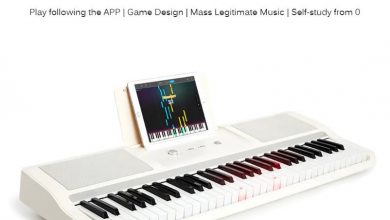 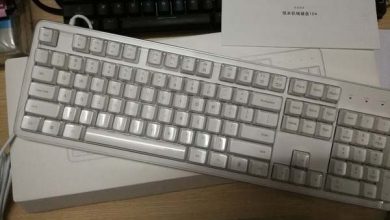 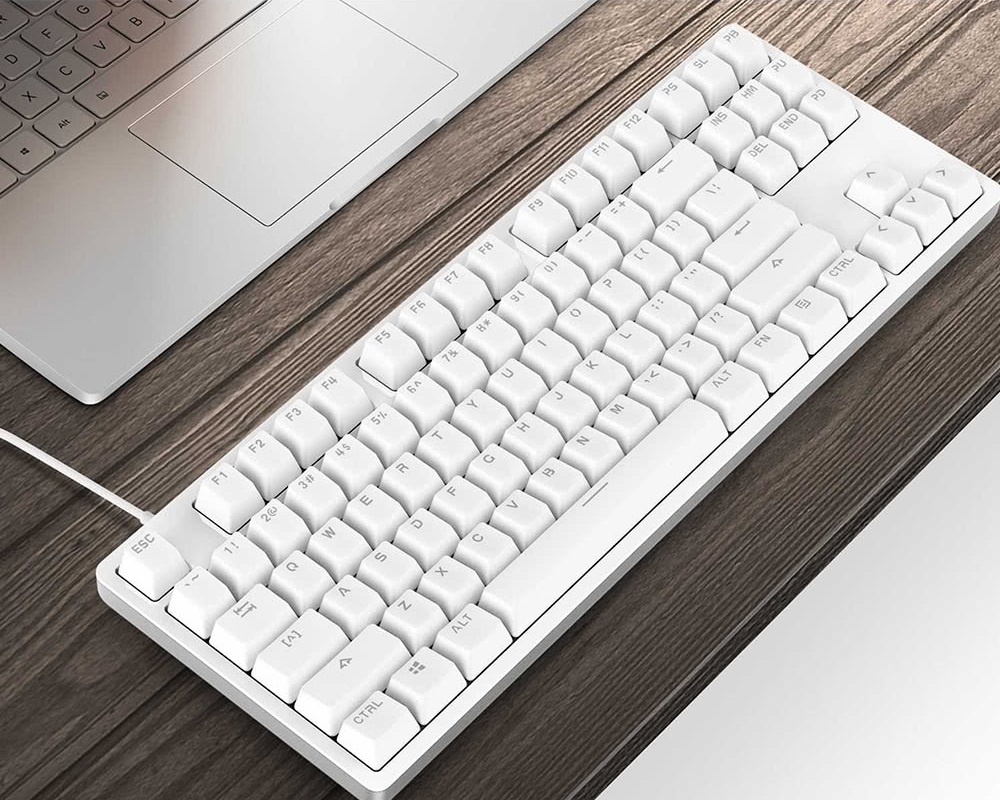