Chinese manufacturing giant, Xiaomi, came into the projector market in 2017 when it released the Xiaomi Mi 5000 Lumens Laser Projector. Early last year, it released the Xaomi Wemax One 7000 Lumens projector and followed it up with a smaller Xiaomi Mijia 3500 Lumens projector. Earlier this year, the company released Youth Edition of the Xiaomi Mijia projector which comes with a 2499 Yuan ($365) price tag. On January 14th, the 4K version of the Xiaomi Mijia Laser Projector was officially unveiled by Xaomi and it is currently selling for $1999. The company recently released its highest ever ANSI LUMENS projector which is the Xiaomi WEMAX 9000 ANSI Lumens 4K Ultra Short Throw Laser Projector. This device is now available for purchase with a $300 couple. There is also FREE SHIPPING to some countries. Do well to use the coupon code K37D9AD05121D001 for a $300 discount

The Xiaomi WEMAX 9000 ANSI Lumens projector comes with a dimension of 44.00 x 29.00 x 9.00 cm and it weighs 6.32kg. The projector perfectly fits into a normal size backpack and be carried seamlessly. Just like its predecessor, this is a theater-class laser projection TV, which can deliver an 80 – 150 inch TV experience. The projector comes with a 0.233:1 large depth of field lens throw ratio and has an ultra-short focal lens design which makes it suitable for all environment. You can place this projector at 30cm distance from the wall to produce a 150-inch projection. This projector comes with a 9000 ANSI lumens display with 250 nit brightness and can achieve the standard of university LCD TV brightness, watch clearly without drawing the curtains. 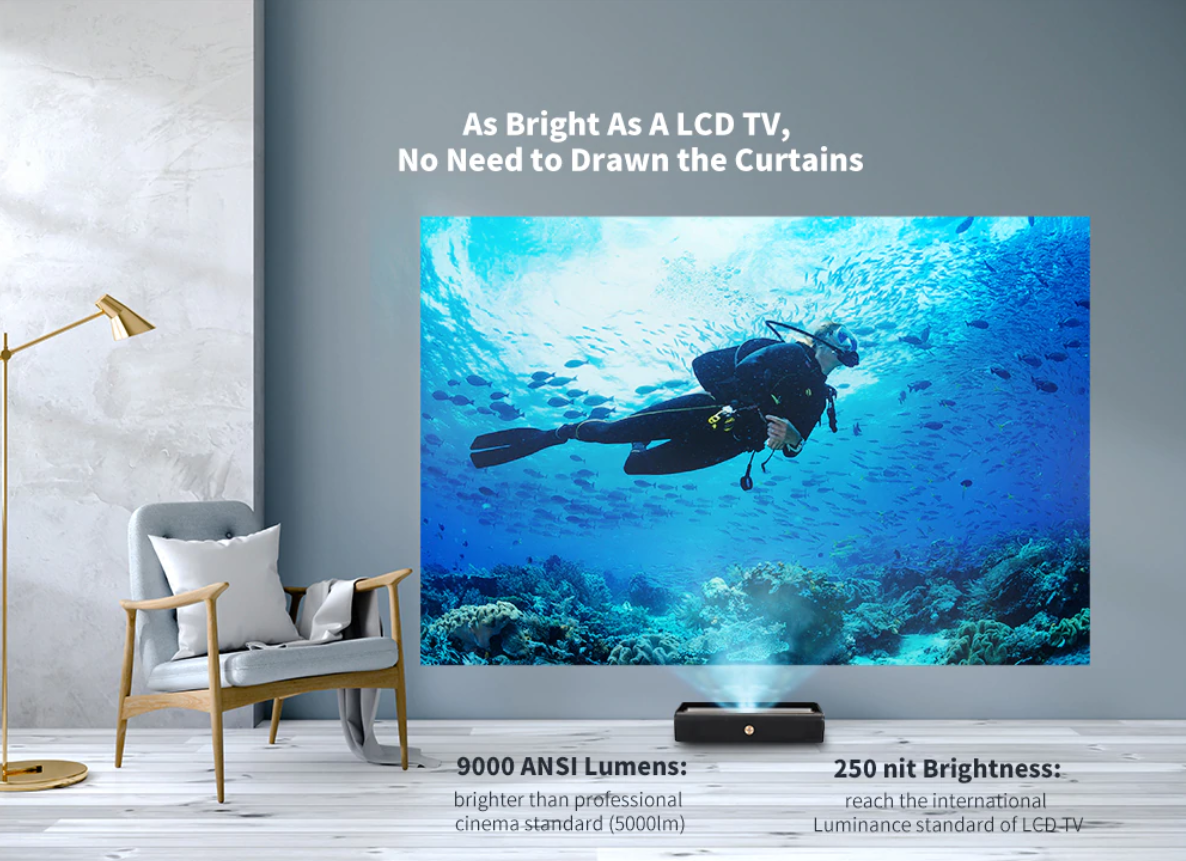 The world’s first ultra-short projector with advanced laser display (ALPD) technology also sports a T968 Cortex-A53 4-core 1.8GHz chipset and it supports 3840 x 2160 resolution. The chipset is also paired with a 2GB DDR3 RAM and 16GB eMMC flash storage which can be expanded up to 64GB. Apart from this, the projector operates on MIUI TV OS and supports  Android 6.0 and above, which is more than satisfactory for a projector. Its high-precision, efficient, convenient and accurate electronic focus means that no detail is left out while rocking the device. 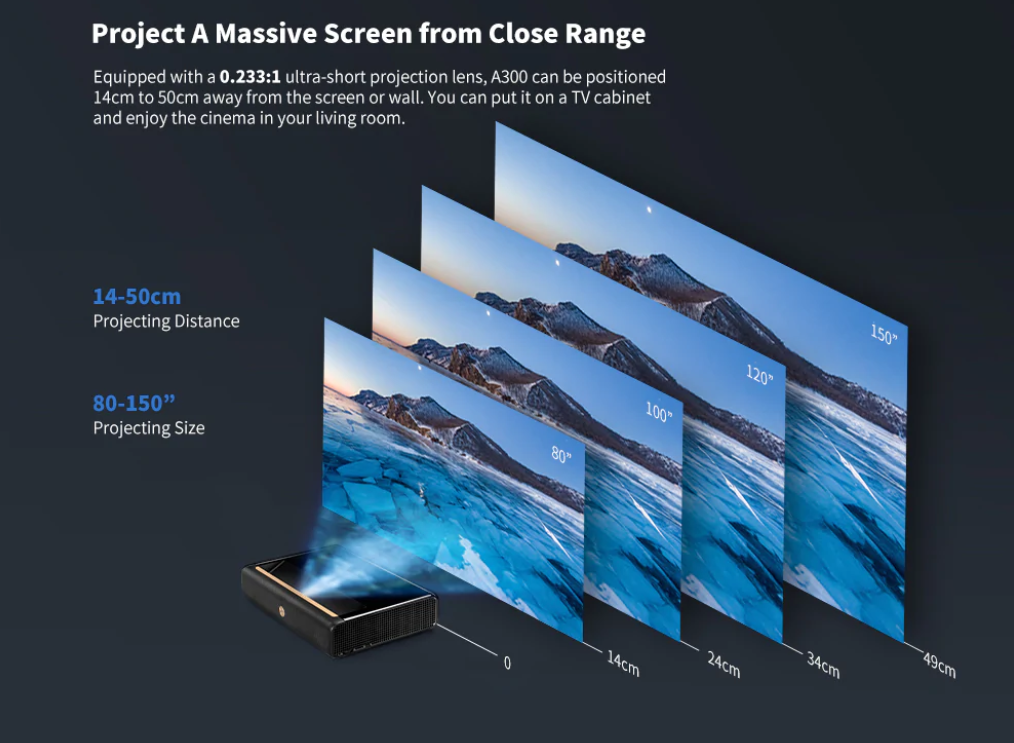 The Xiaomi WEMAX 9000 ANSI Lumens projector is not just a simple screenless TV, as it comes with a high-quality stereo, which uses a custom inbuilt high-power, dual full-frequency, dual high-frequency, and high-fidelity full frequency speaker x 2 + high-frequency speaker x 1 system. Finally, this amazing projector comes with 25,000 hours of lamp life, WiFi and HDMI support, 4K and 3D support, and so on. However, the main advantage of this projector is the 7000 ANSI lumens and Advanced Laser Display (ALPD) technology. So if you want a brighter projection and far clearer picture, you have the better choice now for a very considerate price. 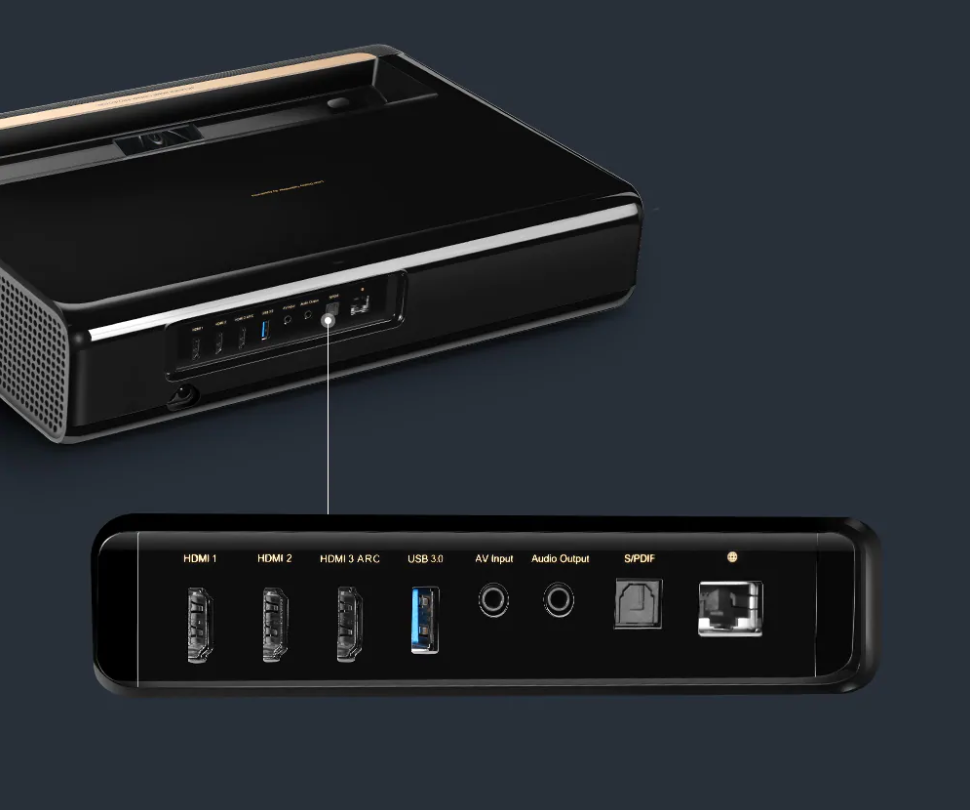 Interestingly, this product is already available on Gearbest and it comes with FREE SHIPPING for now. You may want to take advantage of the FREE SHIPPING because the shipping of such projectors is usually expensive. 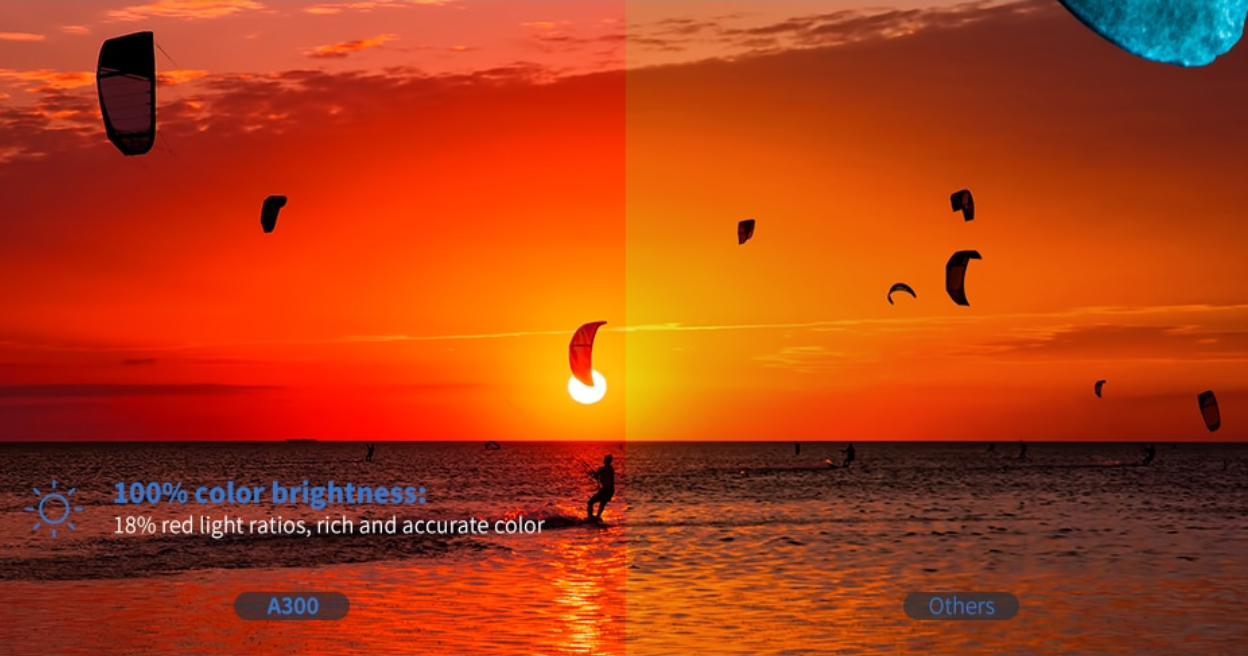 Other Xiaomi Projectors in the market include