Today, Xiaomi TV officially landed in Indonesia, and the 32-inch version sold for IDR 1999000 ($134) which was a shock to the Indonesian TV market! It is reported that this Xiaomi has taken a cost-effective route. The price of a similar TV  from other brands in Indonesia is generally sold for IDR 3999000 ($268) thus the price of the Xiaomi TV is cheaper by over 50%. When the price was announced, there was a huge roar in the crowd which is amazing. Interestingly, this is not just a new product which people do not actually know its performance. The Xiaomi Mi TV is tested and trusted not just by the company but by users who have bought this product. While the 32-inch Xiaomi TV is sold for IDR 1999000 (915 Yuan), this selling for IDR 1900239 (899 yuan) in China which keeps both prices at the same level. 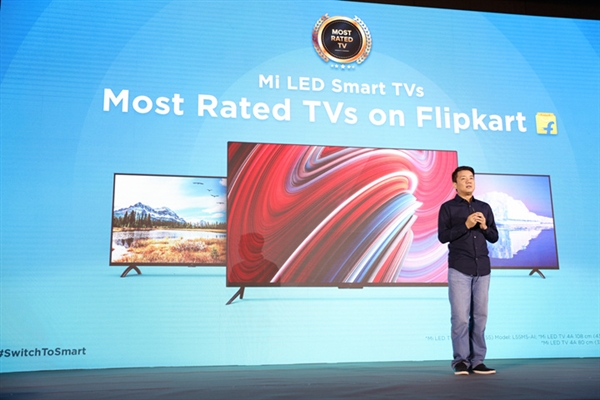 On August 22nd, Xiaomi announced its first financial report since its listing. The financial report showed that Xiaomi Smart TV became the first brand in China in the second quarter of 2018. In February 2018, Xiaomi launched a smart TV in India, which has been in short supply. As of the second quarter of 2018, the global sales of Xiaomi Smart TV increased by more than 350% year-on-year. Wang Chuan, the co-founder of Xiaomi and head of Xiaomi TV, shared how Xiaomi TV achieved the first position in the country in five years: relying on high quality, innovation, and high-cost performance.

Wang Chuan said that Xiaomi Mi TV 32 inches have a repair rate of only 0.64%, while the industry average repair rate is 2.6%. Obviously, Xiaomi TV has been tested by the consumer market for its high-quality commitment.