The Xiaomi Mi MIX 2 has been the main focus of the upcoming Xiaomi conference. In fact, it seems as though it will be the only product to be unveiled on that day. However, news just broke out today that Xiaomi will release its new high-performing 15.6-inch notebook on September 11. Information suggests that Tianmi Technology, the company that produced the Xiaomi notebook Air is involved with this new notebook.

The Xiaomi Mi MIX 2 has taken all the attention of the conference thus the details of this new notebook are unavailable. However, we know that the model number has the form 1715xx-xx from its 3C certification. The new Xiaomi notebook will have a variety of configurations and even the size of the screen (15.6-inches) is yet to be confirmed.

What we know for now is that this notebook is equipped with a 20V/2.25A or 20V/3.25A power adapter and theoretically, the maximum power supply of this configuration is 45W or 65W respectively. From this, we know for sure that this machine is not a gaming laptop because the high-end requirements of games would require an 80W or higher power adapter. Finally, the 3C notification shows that this notebook supports 4G mobile network.

With the obscure nature of the notebook details and the fact that its launch date is just a few days away, I guess we just have to keep our fingers crossed until this notebook is unveiled. We just hope that the Xiaomi Mi MIX 2 doesn’t completely overshadow this notebook during release lol 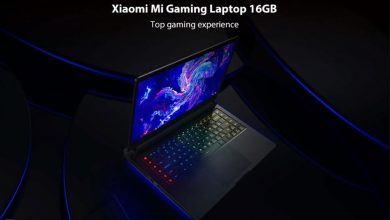