A couple of weeks ago, Xiaomi started their path on the Hong Kong stock exchange. The beginning of Xiaomi in the stock market was quite irregular and raised doubts about the performance of the Asian titan in the financial market, now the company manages to stabilize and its course in the stock market begins to become much more positive.

After the somewhat turbulent arrival of Xiaomi on the first day of its Initial Public Offering (IPO), the second day on the Hong Kong stock exchange obtained very positive numbers, and from there it had a fall in the price of its shares, the Chinese brand was affected by the instability of the situation, however, thanks to the popular ‘rebound effect’ in the financial market they obtained an incredible increase of 13%, which meant a surplus of 9 billion dollars with respect to the market value.

The circumstances that affected the Asian brand in its arrival on the stock market had to do with the international marketing conditions faced by Xiaomi, like its objectives of entering the US market.

The Asian brand is convinced that they still have a long way to go, so they do not fall behind their vision of becoming the technological leader worldwide. 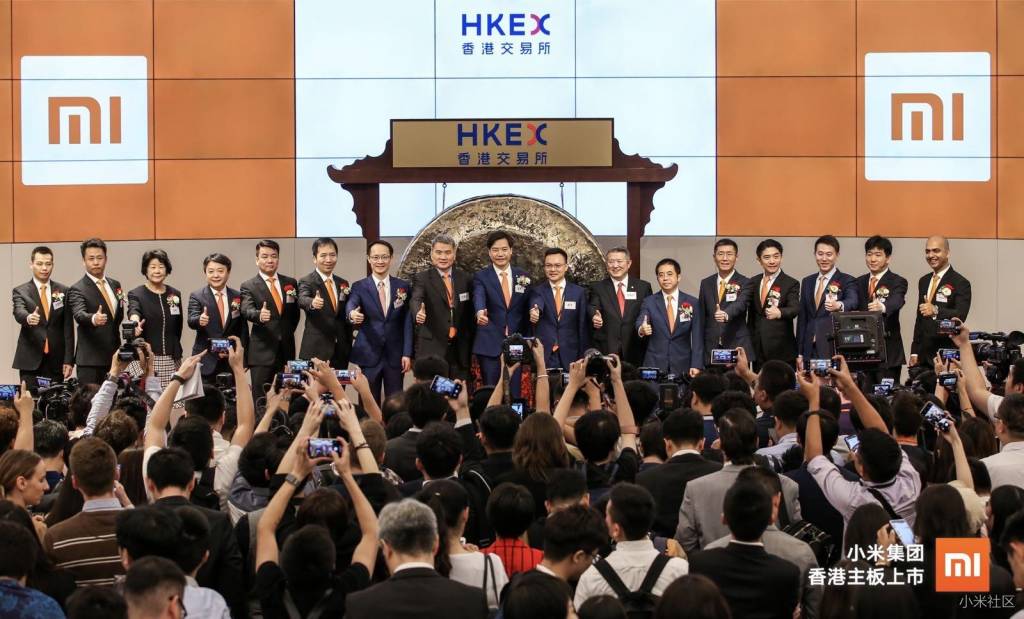 In recent months, Xiaomi shares have attracted a series of surprising ratings and analysts say the Chinese company will perform even better as they have a lot of potentials to exploit. The recommendation of joint sponsors Goldman Sachs Group Inc. along with Morgan Stanley indicate that the shares must be purchased, and analysts such as JPMorgan Chase and Co. and China International Capital Corp. (CICC) have given a fairly solid rating to the Xiaomi shares. So far, the predictions of Xiaomi shares in the stock market point to an increase, expecting it to position itself at a cost of HK $ 18.60 (USD $2.3) and possibly rise 9.4% more than the original price.

In general terms, analysts believe that the Chinese company may increase 22% by the end of this week, and the trend suggests that it will probably continue for an indefinite period. With an estimated 190 million users worldwide, the services offered by Xiaomi as a brand and its active participation in the hardware market in China undoubtedly contribute significantly to its increase in revenues and profits. According to CICC and Morgan Stanley, revenue and Xiaomi’s net profits on the stock market point to an increase of 45%, 60% and 61% over a two-year time period.

The new POCOPHONE F1 will be launched on August 22 in India!