The Xiaomi Redmi Pro has been launched a few months ago and it was described as the most expensive Redmi handset ever. This statement made many people fall into delusions. If a handset is overpriced it should come with a decent list of features. Fortunately, the Xiaomi Redmi Pro does. This caused many comparison articles. Even we have come with several of such posts comparing the Xiaomi Redmi Pro with the Meizu MX6/OnePlus 3/Oppo Find 9 and Meizu Charm Blue Metal 2. But it wasn’t enough and we decided to compare the Redmi Pro with Xiaomi handsets including the Redmi Note 4 and Redmi Note 3. These comparison articles didn’t help us choose the best one, so our last comparison concerned the Lenovo ZUK Z2 Rio Olympic Edition that is known as the cheapest smartphone powered with a Snapdragon 820 CPU. This idea seemed nice and we decided to come in with a detailed comparison to find out which one of these beasts should carry the crown. On one hand, we are dealing with the most expensive Redmi Pro, and on the other hand, we have the cheapest Snapdragon 820 smartphone.

When Xiaomi announced its upcoming flagship, the net was buzzing about the new feature to be seen on the Xiaomi Redmi Pro. As you guess, it was the screen. Generally, the Xiaomi Redmi Pro is known as the first Xiaomi smartphone to come with an OLED display. It was a great news, as many users had been thinking this manufacturer stuck to IPS LCD panels. OLED screens are made by Samsung, and thanks to the monopolization the Korean manufacturer apparently held a market share of almost 95% in the space. But Samsung used these screens only in its high-end smartphones. This made Apple think on bringing this technology to its iPhones. However, it’s more difficult than you can think, because these screens are the way more expensive than LCDs. So once they become a part of any smartphone, its price will rise automatically. Fortunately, Xiaomi found the solution – it started the cooperation with two Chinese manufacturers, EverDisplay and BOE. The first one became the first supplier, while BOE joined them later. Many were thinking these screens can’t be made at a quality as Samsung does. Even some people called it ‘OLED Ping’. But as the time showed the Xiaomi Redmi Pro looks quite reliant with its 5.5-inch 1080p display at a 60,000:1 contrast ratio and fully covered NTSC color space. At last, it came with a 401ppi pixel density.

As for its competitor, the Lenovo ZUK Z2 sports a 5-inch IPS screen at a resolution of 1080 x 1920 pixels. The pixel density causes some questions as there are different info on this occasion. Some sources say as the ZUK Z2’s screen has a 441ppi pixel density, while the other claim it is 424ppi. Anyway, this screen has a contrast at 883:1. IPS screens are more known for their ideal support of RGB. In this sense, the Xiaomi Redmi Pro is a head higher. Though IPS screens allow users to read even on sunny days in the outdoors, a minor brightness loss in flat viewing angles is visible.

When it comes to design elements, we understand these are two different devices. Commonly, metal housing products are thought to have a business look. But I think smartphones are out of this statement. It can be actual for laptops but not for smartphones and tablets. The metal case makes the phones look cheap. Regardless the fact it’s a matter of taste, the Xiaomi Redmi Pro comes with a brushed metal housing. Probably, metal cases make the phones be more durable, but they increase the weight. Moreover, making metal housings is the most expensive and time-consuming process especially if a housing has a CNC crafting like the Redmi Pro.

Unlike its competitor, the Lenovo ZUK Z2 comes with a housing made of scratch-resistant glass merging into a metal frame in a curved 2.5D bezel. Thanks to it the grip is reduced considerably. If compared with other glass back top-end handsets like the Samsung Galaxy S7 or the Xiaomi Mi 5 the ZUK Z2 looks the way sleeker. By the way, Lenovo has endowed its smartphone with anti-fingerprint feature that is a requirement for current high-end smartphones sporting a glass body. At last, glass housing smartphones look more stylish, and this is one of the secrets why the iPhone 4S was so popular. Look at the Elephone S1 and you’ll understand how this feature can affect a phone’s rating.

Fingerprint scanners appear almost on all Chinese (and not only) smartphones. But only a few brands can manuere with it. Say Meizu can act so. (I guess you are informed this manufacturer has recently granted a patent for its mBack feature.) Xiaomi also can play big games – we’ll see the first under glass fingerprint scanner smartphone in the world on September 27 when the company will unleash its new flagship dubbed as the Xiaomi Mi 5S.

As for the Xiaomi Redmi Pro and Lenovo ZUK Z2 come with a fingerprint scanner located under the home button. This is identical to Samsung and Apple handsets. But as you know, fingerprint scanners commonly appear on the back under the rear camera. Many users think the latter is the most convenient place for this feature, while the other tend to think it should be replaced.

Anyway, before people decide where it should be placed, we played with the fingerprint scanners of both devices, and it took a bit longer the Lenovo ZUK Z2 to unlock the phone. In this sense, seems Xiaomi has no problems with fingerprint ID.

The ZUK Z2 comes with ZUI 2.0 custom UI based on Android 6.0.1, while the Xiaomi Redmi Pro offers MIUI 8 based on Android 6.0. Generally, ZUI is thought to be similar to Xiaomi’s own UI. Both user interfaces come in with their own fonts. So it is incongruously to call any of them better than the other. ZUI 2.0 uses a block design for app icons, while the MIUI 8 has more modern view in this sense.

We have already come in with a MIUI 8 in-depth review, and you can check it to explore more. As for ZUI 2.0, it comes with a system-level protection from malware and Trojans, an anti-fake mobile security, intelligent thermal controls, a list of apps related with health and wellness, energy saving options and so on. But to find out actual differences I am offering to take a glance at the following photos below.

On the contrary, the Lenovo ZUK Z2 comes with a Snapdragon 820 CPU from the USA-based chip manufacturer Qualcomm. It carries CPU cores from the proprietary Kryo architecture. Two cores clock up to 1.6GHz, while the next two cores run up to 2.15GHz. There are two versions of the ZUK Z2 – one comes with a 4GB RAM + 64GB internal memory, while the next one is packed with a 6GB RAM + 128GB. The Lenovo ZUK Z2 sports an Andreno 530 GPU, which is quite suitable for games.

When tested the ZUK Z2 showed unbelievable scores, 125904, while its predecessor scored only 77749. Moreover, the Xiaomi Redmi Pro didn’t support many 3D games and got very hot. So I guess the Redmi Pro fails this test. At last, the Lenovo smartphone sports a large 3500 mAh lithium ion battery supporting dual –mode fast charging option, while the Xiaomi handset comes with better and larger 4000mAh battery ready to charge up to 80% of overall consumption in 1 hour.

The cameras are the last feature we decided to compare. The Xiaomi Redmi Pro is packed with a 13MP camera featuring a Sony IMX258 lens accompanied by a 5MP Samsung lens to form a dual-lens combination. This is identical to HTC handsets, when one lens is responsible for movement, while the other should record the camera depth information. This camera comes with a dual-LED (dual-tone) flash and is capable of recoding 1080p videos at 30fps.

The Lenovo ZUK Z2 sports a 13MP camera, which offers a wide aperture of f/2.2 and a phase detection autofocus with a focus time of 0.1 seconds. The image sensor is supplied by Samsung (ISOCELL technology). It has a dual-LED flash and optical image stabilizer (OIS) as well. Both handsets feature great cameras, but the ZUK Z2’s camera is capable of recording 4K Ultra HD videos, so we decided to give our preference to it. But you can scroll down and check the photos captured by these phones and compare them.

The Lenovo ZUK Z2 is a great handset thanks to the Snapdragon 820 CPU, great GPU, camera, glass housing, and many other features. But the Xiaomi Redmi Pro doesn’t yield it in many aspects. The Xiaomi smartphone runs a deca-core processor, it sports a larger screen, the camera is great as well and so on. So I guess both devices are cool, and most likely, customers’ preferences will play a big role when choosing any of them. 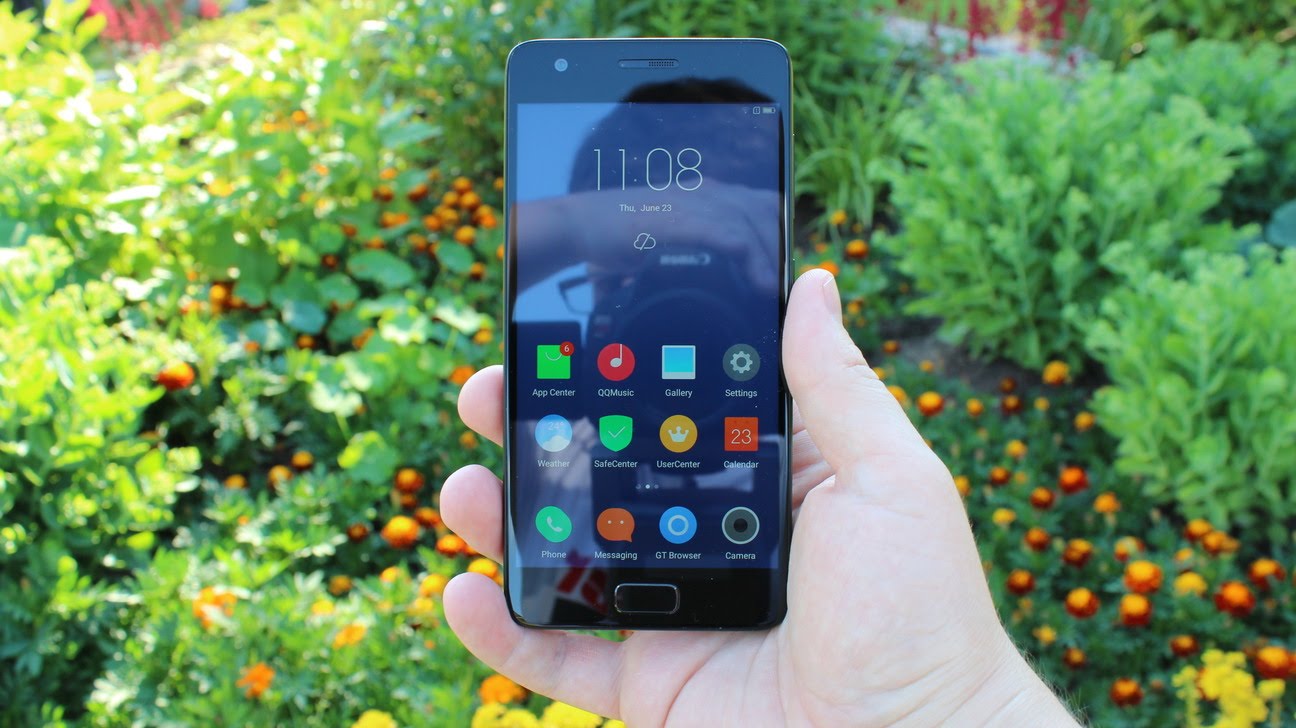 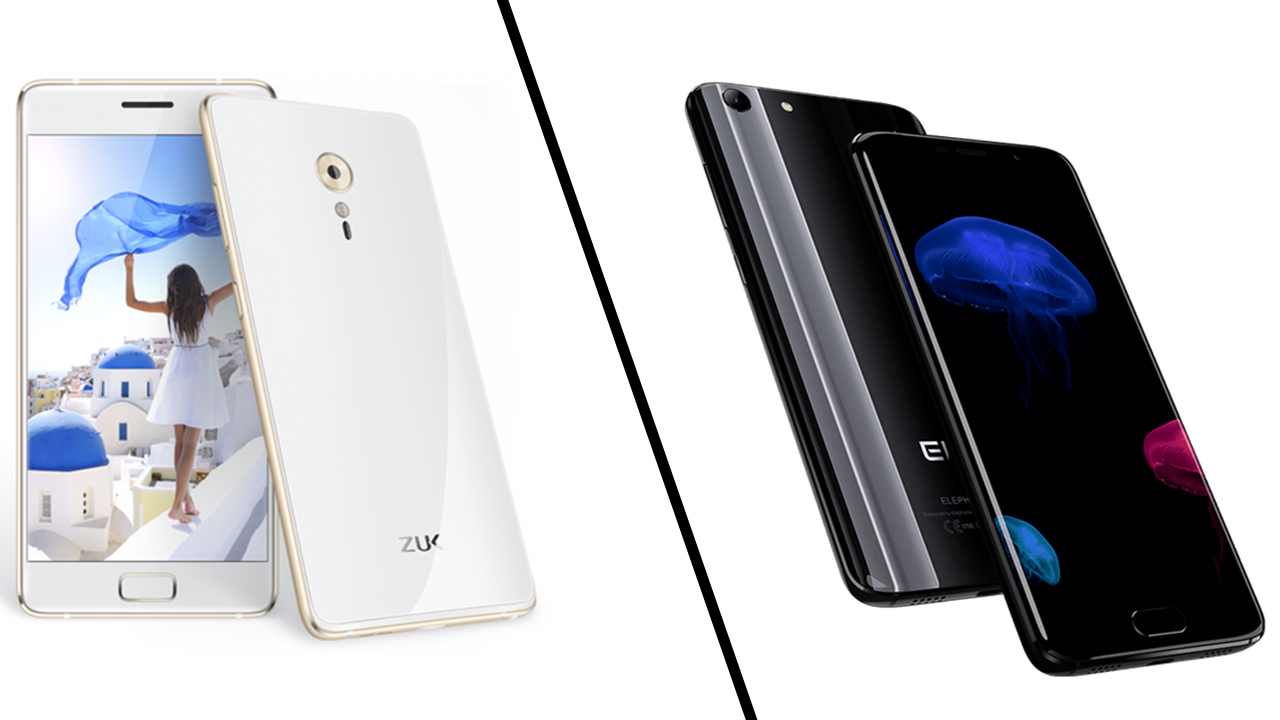 Lenovo ZUK Z2 vs Elephone S7 : Which One Should You Buy ?