According to reports, the great Xiaomi is currently working on the Xiaomi Redmi Note 6, who would be the successor of the Redmi Note 5. It is assumed that this device will be announced to the public later this year, and will join the already launched Redmi 6A, Redmi 6 and Redmi 6 Pro. Having said that, before its launch, a photo of what could be the screen of this phone was leaked in an online store, thus giving certain specifications of this.

The source of the image is nothing more and nothing less than the popular online shopping site, AliExpress. The published images show that the screen has a small notch located at the top of it, having approximately the same size as the one that can be seen in the Redmi 6 Pro. Also, in this notch, you can see three cuts that would be determined for the sensor, the headset and the front camera.

Leaked images from the screen of the Xiaomi Redmi Note 6

The description of the product says that the screen of the Xiaomi Redmi Note 6 has a size of 6.18 inches and a resolution of 1080 x 2246 pixels. The screen is also of the LCD type, which should not be a surprise because it is assumed that devices from the Redmi series usually come with low prices.

However, the price of the screen is not so cheap, since you can clearly see a price tag of $60 (and that price does not include shipping). Having said that, an ongoing promotion will allow the user to buy this screen for a price of $56.40. 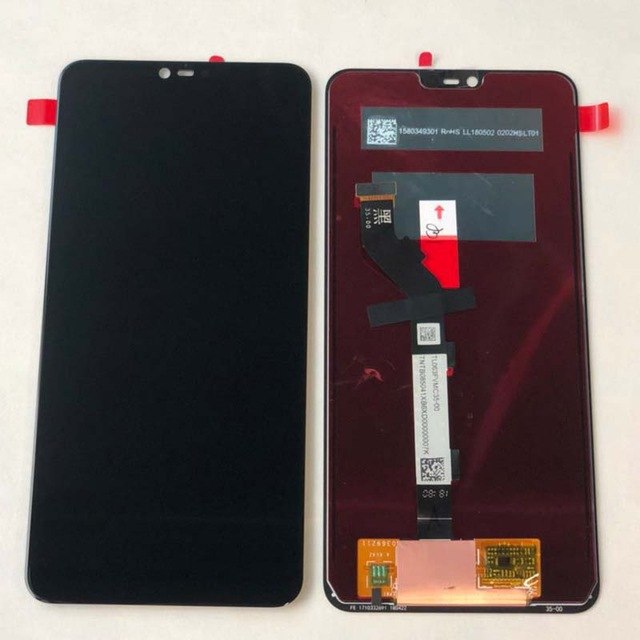 Images of the Xiaomi Redmi 6 Plus are also displayed

While browsing the store, we stumbled upon the screen of another unreleased phone: the Xiaomi Redmi 6 Plus. Thanks to this we know that Xiaomi could be preparing to launch not only a Redmi phone but two. This screen was published by the same seller who published the Redmi Note 6, and this is the first thing that appears with respect to this device.

According to the description of the article, the screen of the Redmi 6 Plus has a size of 5.99 inches with a resolution of 1080 x 2160 pixels, like that of the Redmi 5 Plus (what would be the Redmi Note 5 in India), although the size they have different. In the picture provided by the seller showing this screen, you can see that it has a notch, and it is much larger than the Redmi Note 6, in addition to having five cuts in total. 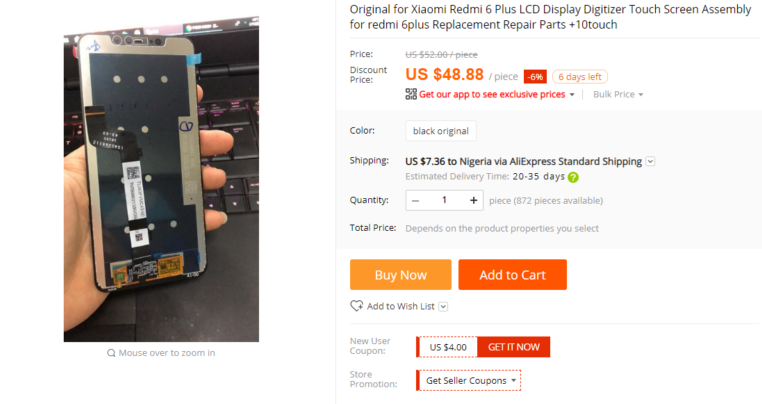 Are these the screens of Redmi phones?

Two of the cuts seem to be for the cameras, which means that it could present two front cameras, while the rest of the cuts would be for the speaker, for the sensors and for an LED flash. The Redmi 5 Plus has a single front camera and an LED flash, so it is definitely a great improvement if this listing is genuine. The price of the screen is $52, but you can buy with a price of $48.88 for a limited time.

The listings of the Xiaomi Redmi Note 6 and the Redmi 6 Plus can be genuine, but the only errors that have been detected are the resolutions of the two screens; At least we are pretty sure that the Redmi 6 Plus cannot have that resolution with that notch. With some luck, more information will appear on both devices in the coming weeks. 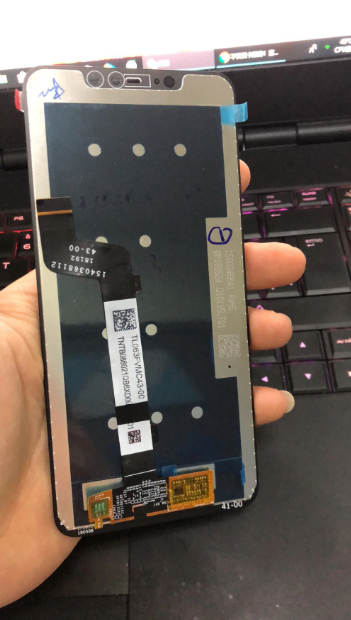 The new Xiaoxun Children Smartwatch S2 has been launched