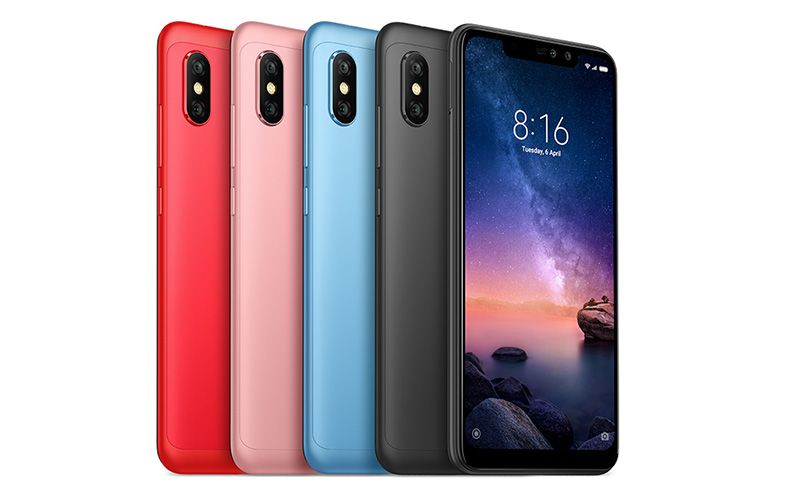 Design wise, the Redmi Note 6 Pro borrows some of its specs from the Note 5 Pro. The rear panel design is also similar to that of the Redmi Note 5 Pro.  It packs two cameras aligned vertically at the top left corner at the back. Interestingly, the Redmi Note 6 Pro also packs two camera sensors at the front. The cameras are housed on a wide notch located at the top of the display. The notch creates a wide screen to body ratio and also houses an earpiece, a notification LED and some other sensors.

The Xiaomi Redmi Note 6 Pro features a 6.26-inch IPS LCD display in a 19:9 aspect ratio. The device measures 157.9 x 76.4 x 8.3mm, weighing 182 grams.  an earpiece, a notification LED and some other sensors. The Redmi Note 6 Pro offers a tall aspect ratio of 19:9. The display is shielded by a layer of Corning Gorilla Glass.

Internally, the Redmi Note 6 Pro packs a Snapdragon 636 chipset and it comes with 3 GB + 32GB storage as well as 4 GB+64GB of native storage. The storage is expandable via microSD card which also doubles as the second SIM slot. The phone gets its interface from the Android 8.1 Oreo OS based MIUI 10 custom skin. Keeping the lights on is a 4000mAh battery with Quick Charge 3.0 support. The big battery offers a 4G calling time of up to 30 hours on a single charge. 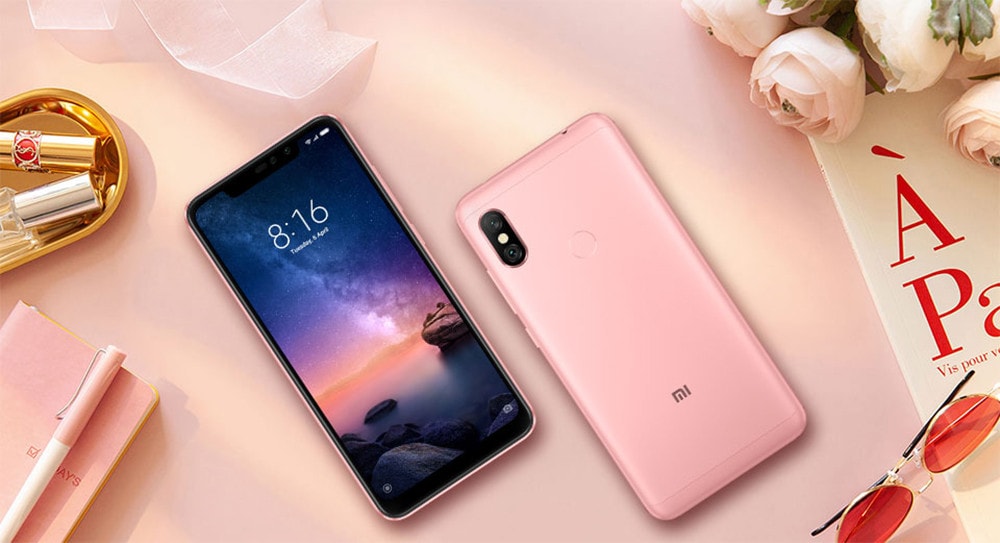 On the camera end, the front camera is a 20MP+2MP combo with the main sensor having a f/2.0 aperture. The rear sensors include a 12MP main sensor with f/1.9 aperture and a 5MP secondary sensor with f/2.2 aperture. The camera comes with features such as dual-pixel autofocus, AI scene recognition, studio light photography, AI Portrait mode 2.0 and Electronic Image Stabilization (EIS). In addition, the device also packs a rear-mounted fingerprint scanner. There is also face unlock through front camera, dual-SIM support, 4G VoLTE, Wi-Fi 802.11ac, Bluetooth 5.0, USB OTG, microUSB 2.0, GPS and a 3.5mm headphone jack. During the launch event, the company revealed for special for Indian users in coastal areas, the Redmi Note 6 Pro will be available with rust protection for charging port and audio jack.

The device is available in colors like Black, Rose Gold, Blue and Red. The box package of the phone will include 10W charger and ultra-slim case.  As for the pricing, the 3GB RAM + 32 GB version is presently available on GearBest for just $169.99.

Xiaomi Huami Amazfit Smartwatch– The Best of China For $103