It is officially confirmed that Xiaomi will host the launch event for its brand-new Redmi K30 on December 10. Recently, the Chinese company announced on Weibo that Redmi K30 would install the Qualcomm’s new 5G Mobile Platform. Today, Xiaomi confirmed again the Redmi K30 would be the world’s first smartphone device to host Snapdragon 765G 5G SoC.

The popular smartphone chipset maker Qualcomm announced the Snapdragon 765G alongside the Snapdragon 865 earlier today in the US. Both chipsets are designed for flagship devices. What is the key difference between them?

The Snapdragon 865 requires to be integrated with Snapdragon X55 5G modem, whereas the SD765G comes with integrated X52 5G modem. Further, the X52 is supposed to support SA / NSA dual-mode 5G networks and promised to deliver up to 3.7 GB/s of downloading speed. The chipset maker Qualcomm has not revealed the technical specifications of the new Snapdragon 765 Mobile Platform yet.

When it comes to exploring the Snapdragon 765 chipset closely, it bears the 5th generation Artificial Intelligent Engine (AIE) along with the STOPs of AI computing power. On the other hand, the letter G in the Snapdragon 765G refers to Gaming. Ultimately, the Redmi K30 can be expected to come with powerful graphics performance. Undoubtedly, gaming lovers are waiting for the launch date eagerly.

The non-5G Redmi K30 is expected to come with 6.6” IPS LCD touchscreen with FHD+ support. Further, the chipset will acquire Snapdragon 730G processor besides the 6GB of RAM and 128GB internal storage.

As per the software features, the device will run on the Android 10 platform along with the MIUI 11 skin on top.

In the photography department, Redmi K30 can bring a total of 6 cameras. The backside may contain a quad-cam setup, including a SONY IMX686 64MP primary camera, an 8MP telephoto, a 13 MP ultrawide, and 2 MP dedicated shooter. On the front, you may get a dual-camera (20MP + 2MP) system in punch-hole style.

Users are supposed to enjoy side-mounted fingerprint scanner in the Redmi K30 smartphone. For power storage, the phone has a 4500 mAh battery, which can be refilled via a 27W Fast Charging technology.

There are also rumours prevailing in the market that Xiaomi may also launch the Redmi K30 Pro next year. As the company has already revealed the Mi 10 to be the first phone with Snapdragon 865, the Redmi K30 Pro could also be based on the 7nm MediaTek D1000 5G chipset, which was made official recently.

Alongside, Xiaomi officials also revealed in the Qualcomm Summit that it would be among the first companies to launch SD865 powered phone in 2020. 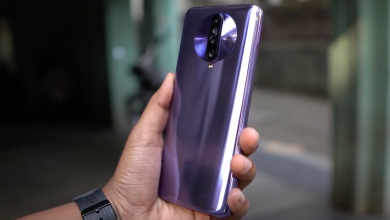 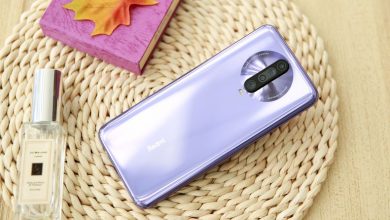