Xiaomi continues to launch new models of Smartphones, like the Xiaomi Mi 8 whose sale started on the 12th of this month, and just as we expected, has already presented the Redmi 6A. The new standard of the Redmi catalog, this family is one of the lines most recognized by the Mi fans due to its low-cost and great quality. Throughout this section, we will be seeing each of the amazing features of the older brother of the Xiaomi Redmi 5A, no doubt this new model aims to be the next sales success of the company.

To give a brief look at the specifications of the device, the Xiaomi Redmi 6A is the newest and most outstanding budget phone presented by Xiaomi. The terminal comes with an MTK Helio A22 chip, which is assisted by 16GB of ROM and 2GB of RAM. On the front, it has a 5.0-megapixel camera, while a 13-megapixel camera is located on the back. In addition, this Smartphone runs on MIUI 9 based on Android 8.1, however, Xiaomi plans to provide this device with the latest update of MIUI 10 based on Android 8.1 Oreo.

Last year, when the Xiaomi Redmi 5A came out, it got the title of the best low-end terminal. The Xiaomi Redmi 6A follows the trends and comes with a full screen of 5.45 inches with an aspect ratio of 18:9 offering an HD + resolution of 1440 x 720 megapixels. It also sports a slim body with a thickness of 8.3 mm. At the same time, the Mi 6A comes with a metallic body with a fairly classic design.

The Xiaomi Redmi 6A is available in four color options, these being pastel pink, golden sand, glacier blue and gray. With this, it is stressed that Xiaomi has developed unisex color options, for the use of men and women without distinction. With the exception of the gray model that comes with the black front panel, the rest of the three options come with a white front panel.

In this section, we have a native MediaTek SOC, the Helio A22 quad-core chip clocked at a speed of 2.0GHz, which is a powerful processor, allowing for a deployment of advantages compared to its previous version, the Xiaomi Redmi 5A, combined with better performance for daily usage.

In the internal storage space, the Xiaomi Redmi 6A has 16GB of ROM and 2 GB of RAM, a MicroSD card can maximize the storage up to 256GB.

The Xiaomi Redmi is not far behind other phones in this section, it comes with Bluetooth 4.2V, WiFi, GPS, GLONASS, gyroscope, compass, accelerometer, proximity sensor, and with an artificial intelligence system (AI). These are features that undoubtedly makes it stand out among the broad category of budget smartphones that currently exists in the market.

The Xiaomi Redmi 6A comes with the stable version of MIUI 9.0 pre-installed and based on Android 8.1. This version offers split screen, assistant, new themes, an advanced optimization system, new quick unlock modes, and the possibility to respond and filter notifications more easily.

When talking about the front camera, the sensor has a resolution of 5.0 MP, which allows us to unlock the face. 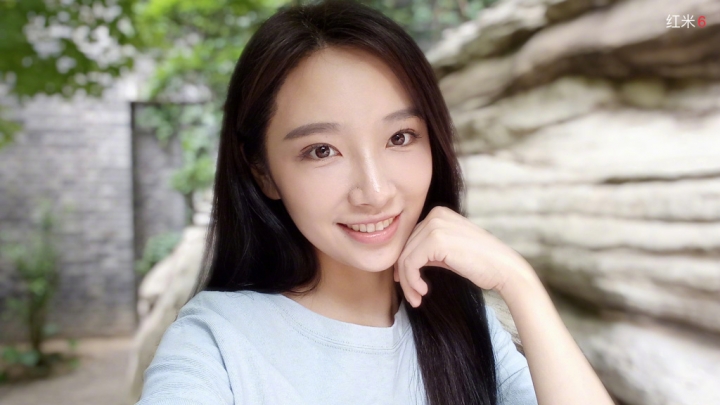 On the back it has a LED Flash, the camera located on this side is 13 MP, one could say that the Redmi 6A is at a disadvantage due to the fact that it is a single rear-camera since the rear-dual cameras are currently very trendy. However, this does not affect its performance when it comes to capturing images, it makes a great job with really awesome pictures. With the help of MIUI, it is possible to use portrait mode and achieve Bokeh effect in Smartphones with a single camera.

The terminal has a non-removable 3,000mAh battery, which is a little smaller than the capacity of its rivals batteries. However, there is no reason for you to place it in an unfavorable position since you count on MIUI, one of the best systems in terms of energy consumption. Work continuously until about 10 hours before reloading.

The Xiaomi Redmi 6A will quickly become the best low-end Smartphone in the market. Xiaomi has always been known for its great pricing policy and, as expected, the Redmi 6A is no exception to the company.

At an affordable price, they will have a smartphone in their hands that has many outstanding features, including a full screen, an artificial intelligence chip, acceptable battery life, MIUI based on Android 7.1.2 Nougat and much more.

Xiaomi Redmi 6A: Availability and price

If we have managed to capture your attention and now you are interested in buying this great Xiaomi phone, then here we have the solution. The Xiaomi Redmi 6A is now available in pre-order from the Banggood online store for a price of only $ 119.99 (€102.51). We must remember that this company is well known for launching phones of great quality at a very low price, so do not miss this opportunity and get your own Xiaomi Smartphone.

Buy the new Xiaomi Redmi 6A

Lenovo Z5 Review: Not The Phone From Posters