Ahead of the Double 11 popular sales day in China, sales have already begun on Xiaomi official mall, and on Xiaomi Lynx flagship store. Xiaomi has prepared a few surprise packages for the November 11 sales, one of which is the Xiaomi Redmi 4. 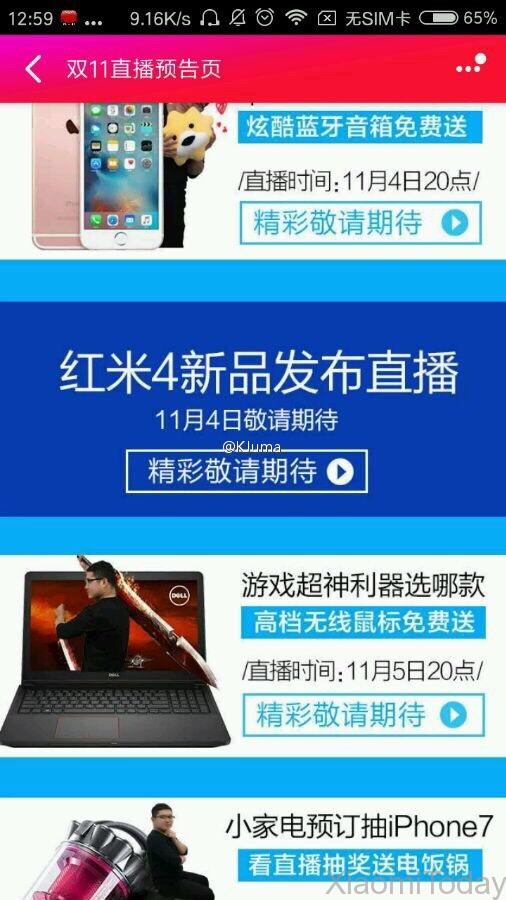 The Redmi 4 which has long been expected is said to launch officially on November 4 and Xiaomi would start selling the device on November 8. The Xiaomi Redmi 4 would team up with a Special Edition of the Redmi Note 4 to form Xiaomi’s latest offerings with jaw-dropping price tags for Double 11.

Recently, the specs and renders of the Redmi 4 were leaked and they gifted us the details of the device. The Redmi 4 is detailed to feature a 5-inch display and will be powered by a Snapdragon 625 processor along with 3GB of RAM and 32GB of built-in storage. 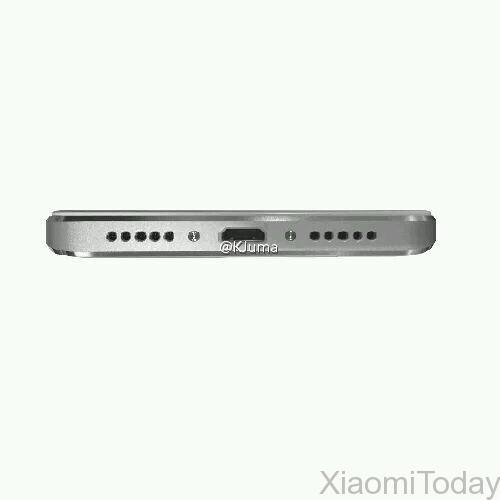 Design wise, the Xiaomi Redmi 4 usports very narrow bezels at the sides, with the usual oval shaped home button missing, coming in as an entirely touchscreen affair. There are capacitive keys at the sides though, for volume control and to power the device on and off. At the rear, there is a fingerprint scanner just underneath the rear camera.