The Xiaomi’s new notebook launched as planned. It’s been said the new laptop should be unveiled on December 23 at a special event, and it happened. That device was rumored to be called as the Xiaomi Mi Notebook Pro, but when it was announced today, the spokesman called it the Xiaomi Notebook Air 4G. This simply means the Chinese Apple has released a new rival to the original Apple MacBook Air. Moreover, its name comes with ‘4G’, which means the notebook supports 4G network.

As for the second model, it comes with a 13.3-inch display, Intel Core i7 processor clocked at 3.0GHz, 8GB of DDR4 RAM, 256GB of PCIe SSD hard drive, custom AKG speakers, and a battery providing up to 9.5 hours of life time.

Both models come with a virtual SIM card supporting 4G network. Thus this feature allows the laptops to get download bandwidth of 150Mbps, measured peak up to 80Mbps. Both models run on Windows 10 Home.

Well, we have been aware of these features, the only spec not corresponding earlier leaks is the lack of 4K screen. The Xiaomi Notebook Air 4G supports only Full HD, but it can provide dual 4K output if you want to display a content on other display.

At last, we have grabbed the first hands-on photos of the Xiaomi Notebook Air 4G for your viewing pleasure. Check them out to understand this product deserves the money it is priced at. 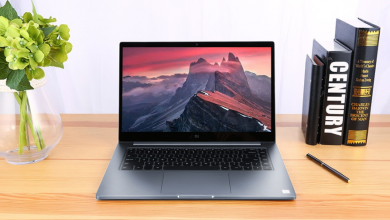 Xiaomi Notebook Air 4G Released – Everything You Need To Know!