Xiaomi MIJIA Walkie-Talkie 1S has popped into our website for a review. The gadget was launched recently with a solid and compact design and the tech giant even announced a couple of more features on the device but still retained the price at 249 yuan in China. Of course, that price isn’t applicable outside China as GearBest already has it in stock, priced at around $49. 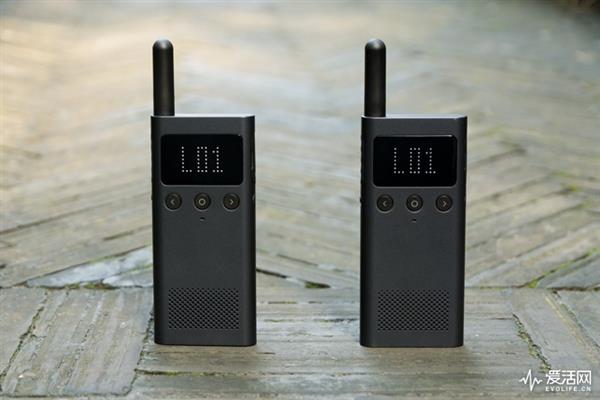 The Xiaomi MIJIA Walkie-Talkie 1S may interest you more if you find the first-generation MIJIA Walkie-Talkie awesome and attractive. The gadget comes with a more compact and minimalist design. Xiaomi MIJIA Walkie Talkie 1S is said to be 41% thinner and 43% lighter than the first-gen model. It weighs just 114g with a thickness of 14mm while the body is 24mm wide. The smaller size means a slightly smaller battery capacity as it packs a 2190mAh battery unlike the 2600mAh cell on the first-gen model. The battery offers up to 5 days standby time and can last up to 16 hours when used continuously. 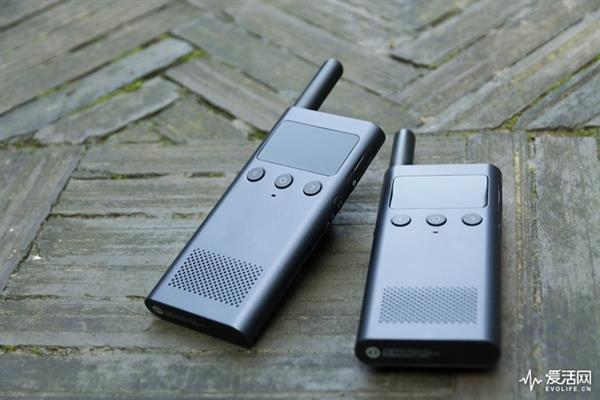 The front aspect of the MIJIA walkie-talkie 1S has a display as well as three physical buttons. The display uses an LED screen with the characters displayed in the dot matrix array. This makes it easy for the screen to be visible even under the sun which means it is convenient to use outdoors. Two of the three physical keys are for volume controls. The volume buttons are also used to search for channels for the walkie-talkie and also for the FM radio. To search for a channel, you use the middle button while in the standby mode and then use the volume up and down button to search. The volume buttons can also be used to change channels while the middle button is to confirm the new selection. Where the newly selected channel isn’t confirmed in a few seconds, it switches automatically. 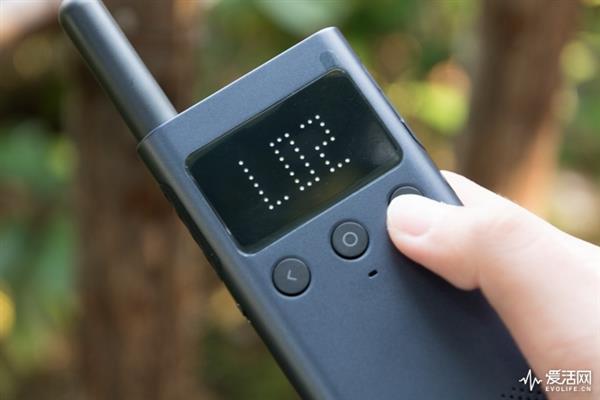 The front also holds a redesigned speaker which achieves a clearer and more powerful call sound. Xiaomi Mijia walkie-talkie 1S uses a speaker that is 65% larger than the effective radiation area of the previous generation, and the maximum volume is increased by 162%, which can still maintain a good call effect in a noisy environment. At the back, there is a clip for attaching the walkie-talkie to your pocket or backpack, a feature that is absent on the first-gen model. There is equally a lanyard hole which is cleverly placed above the back clip. 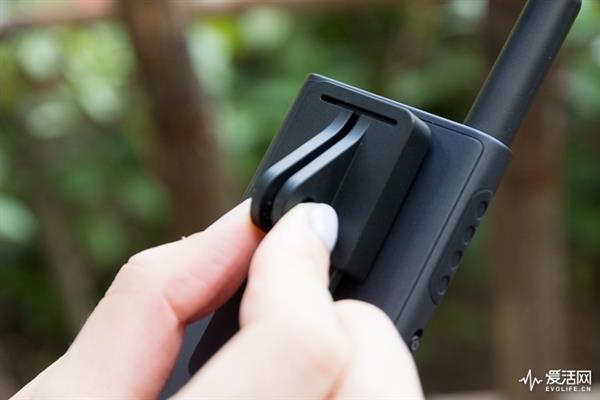 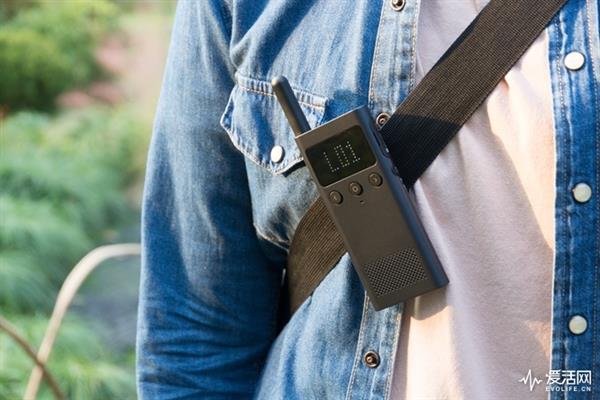 In addition, the MIJIA Walkie Talkie IS has a non-slip button with four grooves on the left side of the fuselage which is pressed when communicating with the second party or any other walkie-talkie operating in the same frequency. Of course, that is one cool thing about the MIJIA Walkie Talkie. You can use it with any other walkie-talkie as long as they are both in the same channel frequency. The power button is just under the non-slip button but has a small size which will make it difficult for users to accidentally press the button while trying to talk over the channel. 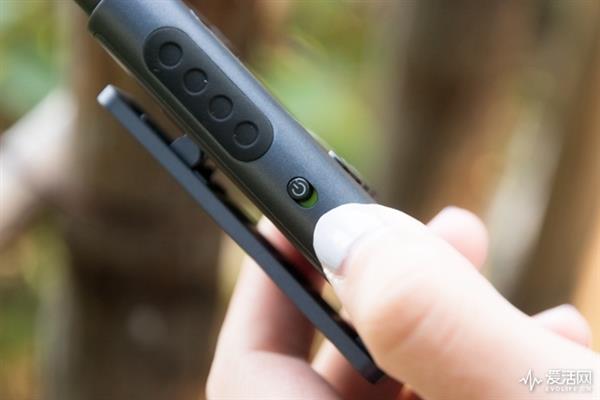 On the right side, there is a micro USB charging port and a headphone jack both covered with a dust plug. Don’t forget the device comes with Bluetooth connectivity.  Just under, is a multifunctional button for checking the battery power, switching on the Bluetooth and the FM radio. A short press displays the battery power, a long press enters the Bluetooth connection mode, while double-clicking the button switches to the FM radio mode.

In terms of accessories, the Xiaomi Mijia walkie-talkie 1S can be said to be very “frugal”, it comes with just an adapter that can be used to charge the GoPro camera as well as a USB cable. 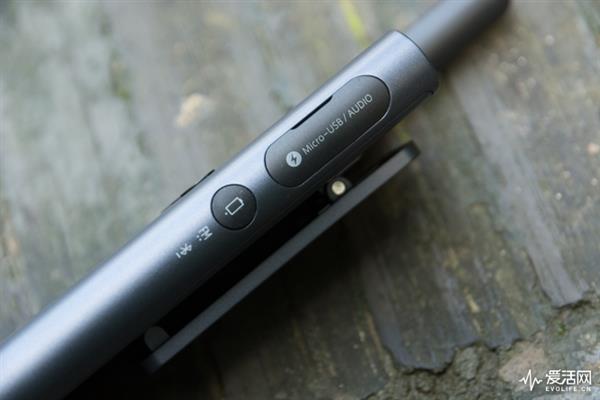 How to pair the MIJIA Walkie Talkie 1S

After booting the device a default channel L01, which is the low-power channel No. 1 is displayed. The Xiaomi Mijia walkie-talkie 1S has 20 low-power L01-L20 channels and 20 high-power H01-H20 channels by default. The high-power channels need to be activated and certified to operate. As stated earlier, the volume rockers are used to change channels and the middle button to select the new channel. As long as the channels of the two walkie-talkies are on the same channel, a two-way communication is possible. On snag with the low-power channels is that the signal can easily be picked up by any other walkie-talkie on the same frequency, which can be rather disruptive. 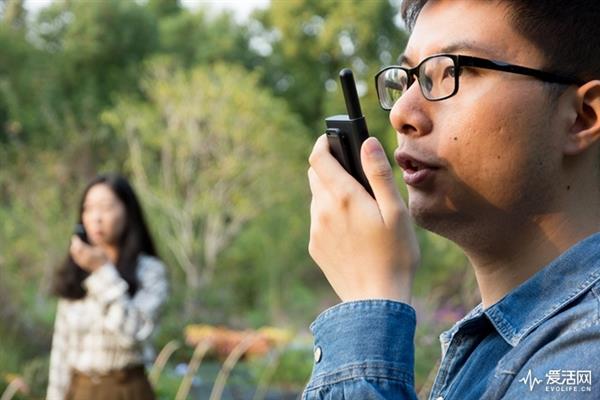 If you find the process of setting up the pair using the buttons, you can also set up the gadget using the Mijia walkie-talkie APP. Like most smart devices, the Xiaomi Mijia walkie-talkie 1S can be connected to the mobile phone via Bluetooth. When the device is paired with the smartphone, the apps give you the opportunity to see the frequency of each of the stored channels. You can also use the phone app to respond to a call if for some reason you can press the walkie-talkie button. At the same time, the Bluetooth connection assistant can help us connect the corresponding Bluetooth device, such as the Bluetooth headset. , car audio and so on. 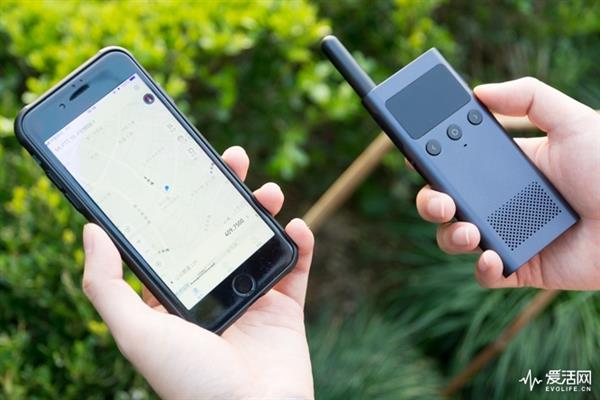 More details on the hardware; the Xiaomi Mijia walkie-talkie 1S has a maximum of 3W power, and the call distance can reach 1-5 kilometers. In a residential area, the communication is not disrupted.

As stated, the Xiaomi MIJIA Walkie Talkie 1S is not available on GearBest for $ 49.99 which is not too expensive. It comes as a pair and each pair is available in white and blue colors. 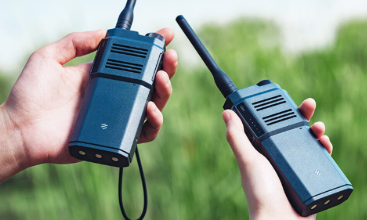