Now, foreign language will no longer be a barrier for you. The China-based technology company Xiaomi has come up with a smart language translator with lots of exciting features on the table. The Xiaomi Mijia WIFI+ Screen Translator can understand and translate 18 global languages to make you roam the world without any worry.

Further, the translator is portable mobile-like equipment that brings the 4.1” screen on the front. It also has an 8MP camera as well as 3000 mAh battery with Type- port. One of the best properties is the ability of photo and voice translation. There is a lot to say, so, let’s dive into the following passage.

Physically, the Xiaomi Mijia Screen Translator looks like a smartphone. It gets its body painted with a white colour to look glossy and delicate. The overall appearance is cool with portable texture and physique. 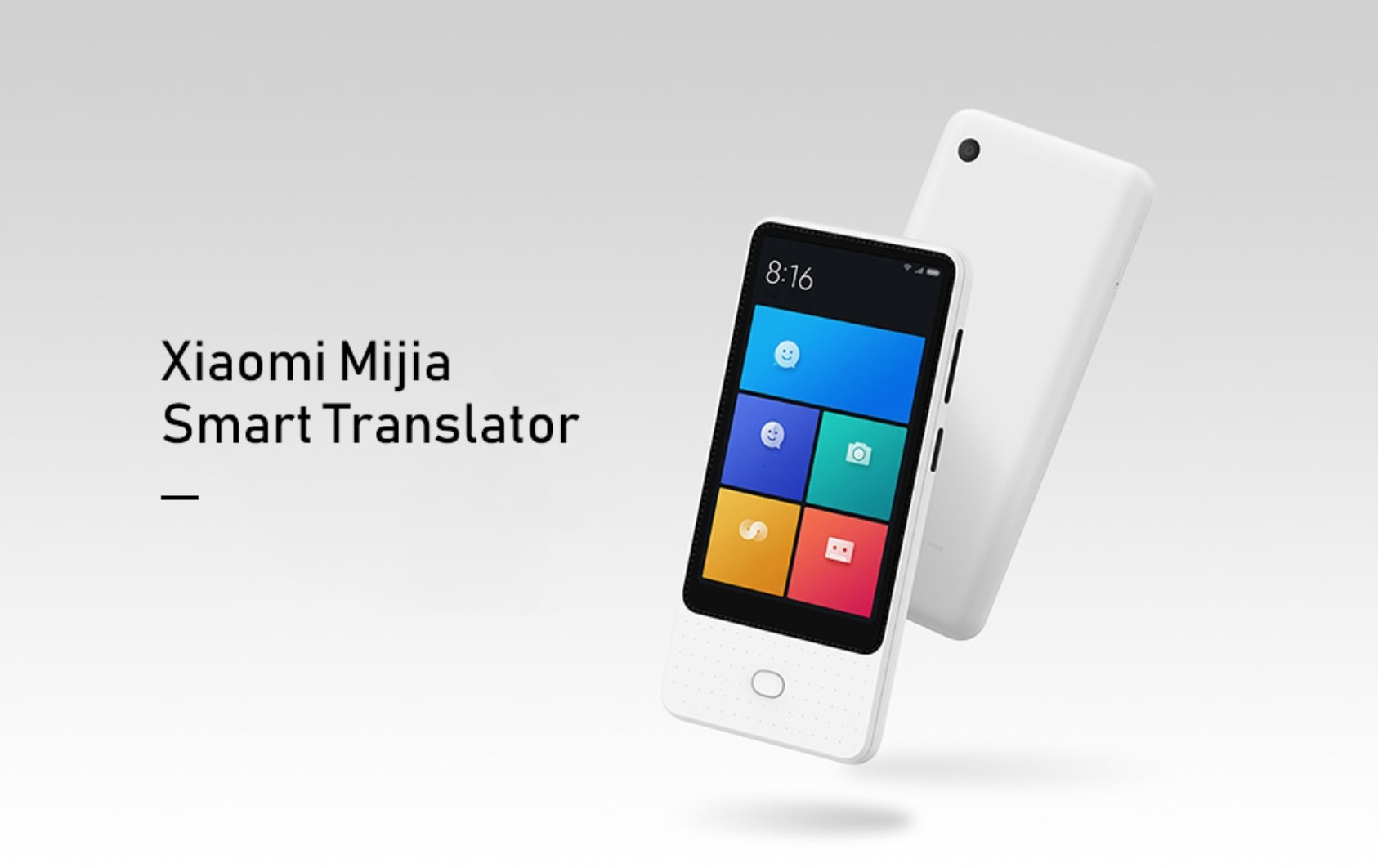 Moreover, on the front, the translator hosts a 4.1” screen alongside a physical control button underneath. The bottom side has a Type-C port and speakers. On the back, you will find a photo shooter on the upper left corner.

There is a 4.1-inch Retina-grade IPS touch panel on the front of the Mijia Screen Translator. It provides 357 PPI pixels density and 1280x720p high-resolution surface for better translation results. 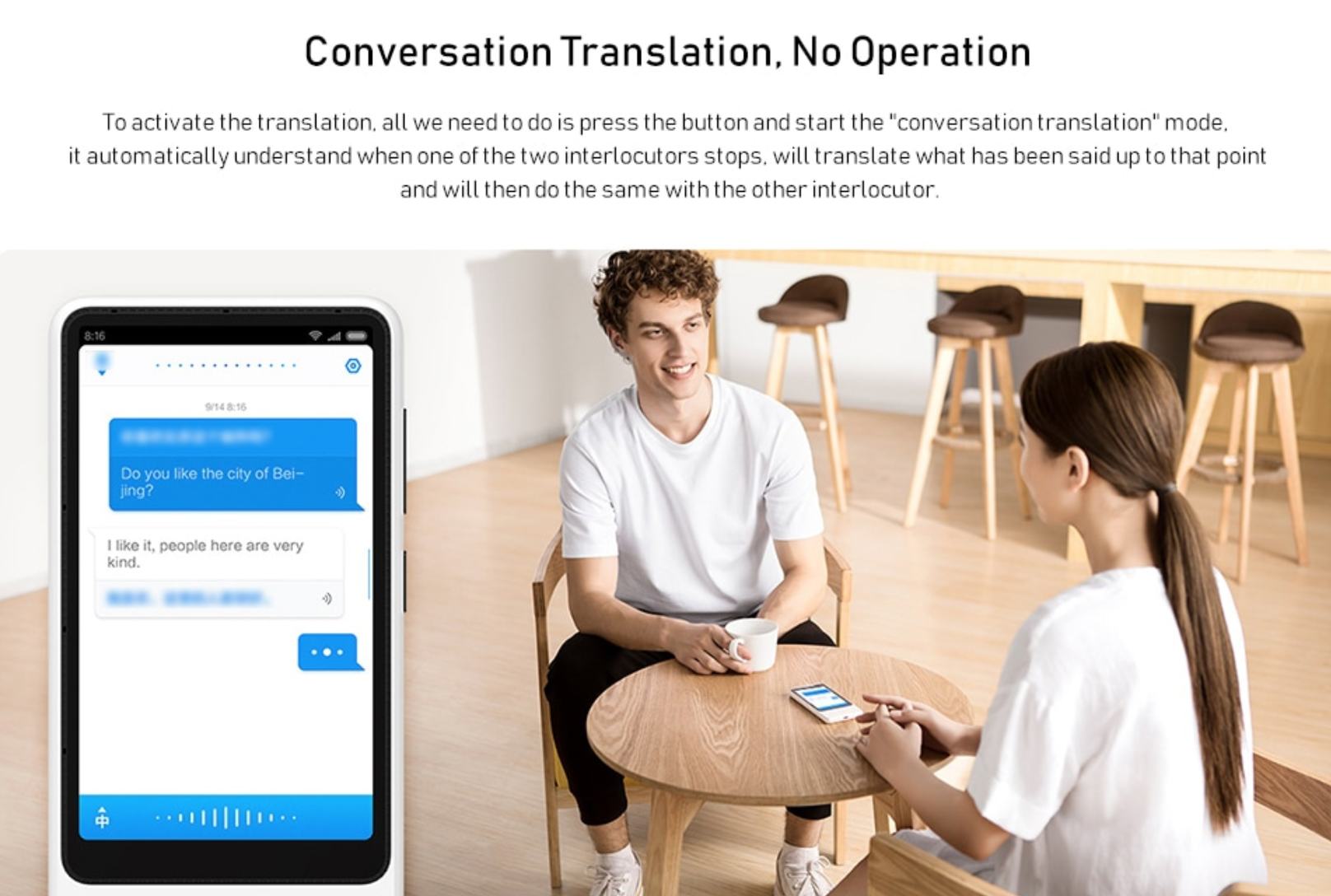 To support online photo translation, the product configures the 8MP snapper on the back. It allows real-time captions & translation as well as horizontal/vertical screen identification.

There is a 6-mic array technology that can support long-distance two-way sound collection and then identifies the direction of the speaker automatically. 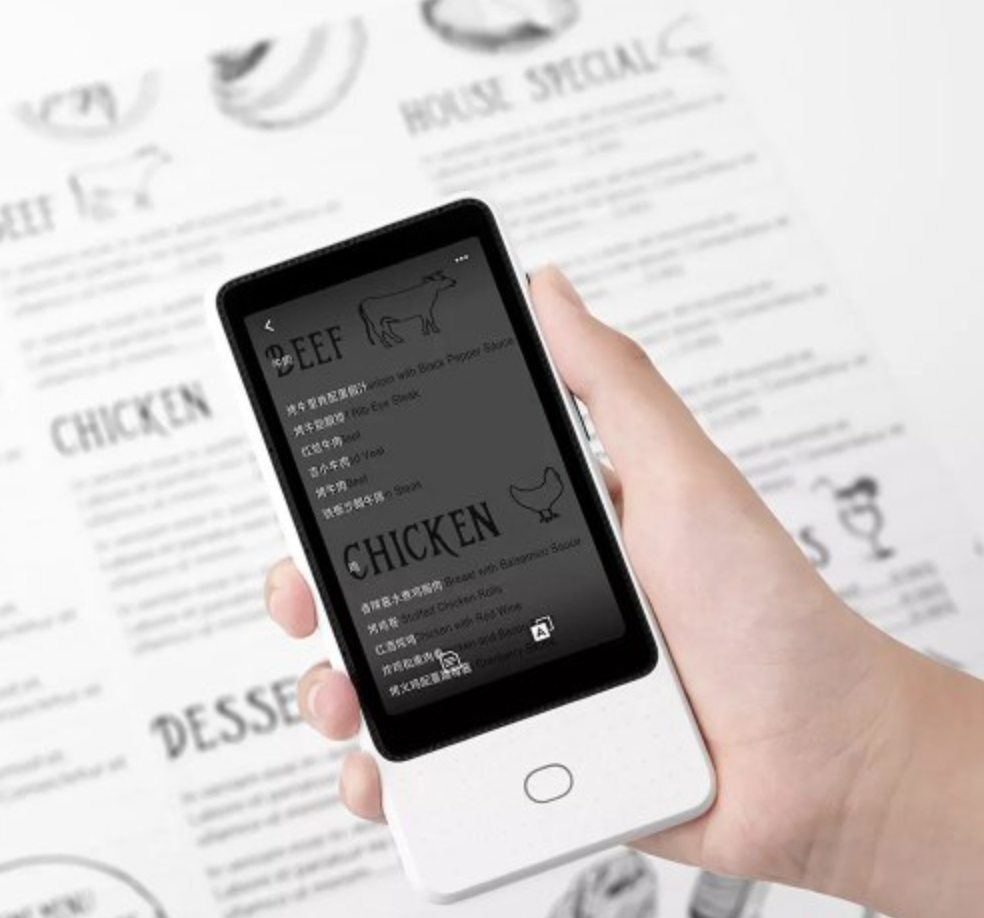 The Xiaomi Mijia WIFI Translator can also record the voice and then transcribe the audio message into texts.