After our comprehensive review of Xiaomi Mi4c, we decided to put the smartphone against the latest device to join the Snapdragon 808 chipset club, Nexus 5X. We will be looking at a lot of differences between the handsets and will highlight the features that we feel justify the smartphone and its price tag. Naturally, a device that comes with a smaller price tag is always going to have the upper hand, but there are several other features that are going to be taken into account, which we will go thorough in extensive detail.

Both Xiaomi Mi4c and Nexus 5X feature a 5.2 inch screen with a resolution of 1920 x 1080 pixels. This is by far the most ideal resolution to have in a mobile device because it provides a fair amount of quality and does not suck the life out of the smartphone’s battery the way 2560 x 1440 resolutions do. While resolutions might be the same across both devices, the screen sizes are not. Xiaomi Mi4c has a 5 inch screen, which obviously makes the smartphone possess a higher PPI (pixel per inch density) compared to Nexus 5X, which has a 5.2 inch display. 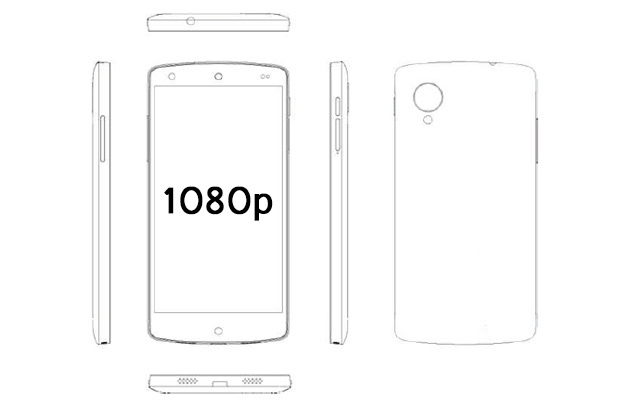 While screen sizes and resolutions do make a ton of difference, there are very little gaps to separate Xiaomi Mi4c and LG Nexus 5X. Hopefully, we will be able to find other differences in the devices as we carry on with our comparison details. 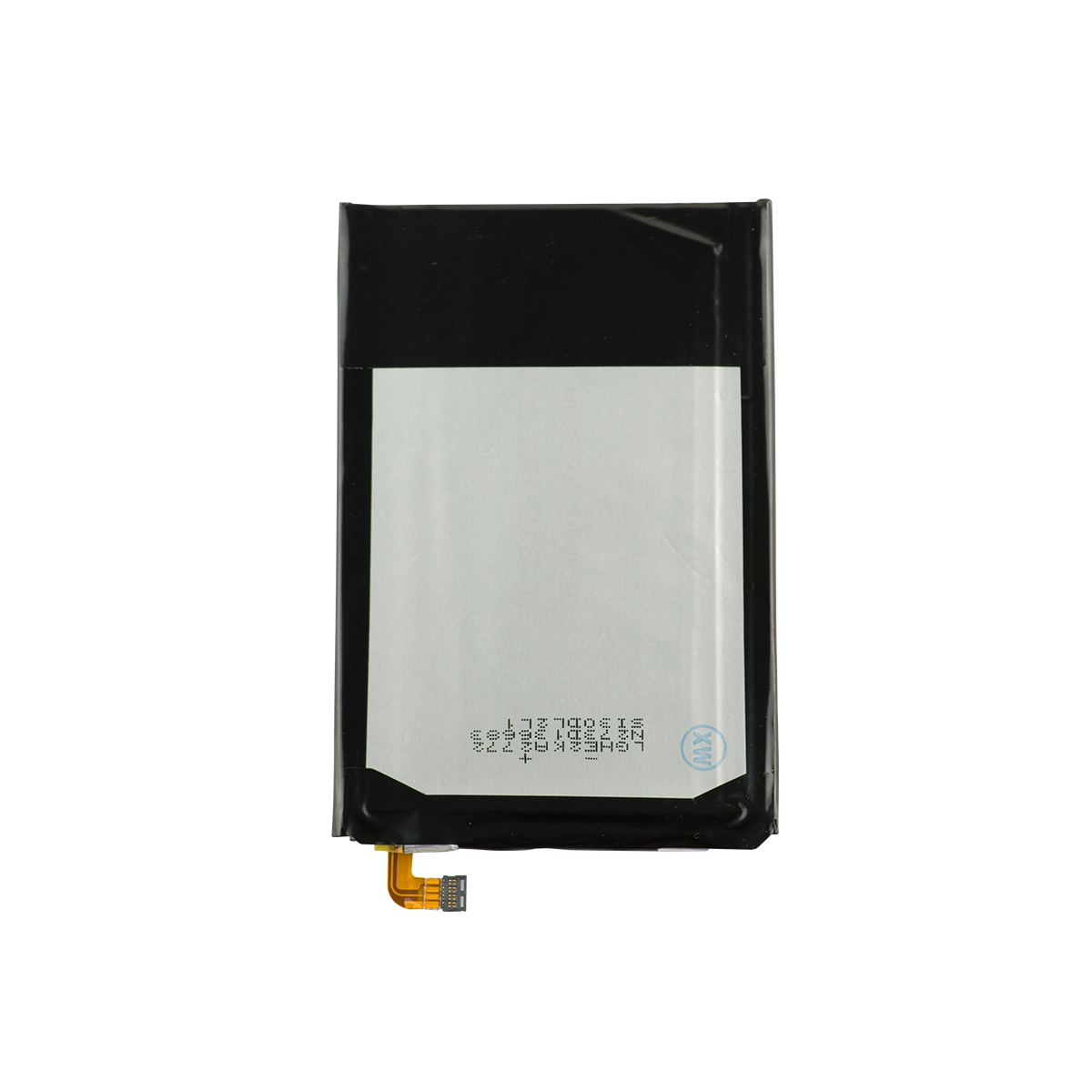 Users will not be able to notice the difference between the batteries right away, but after making both smartphones go through a large amount of charge cycles, they will notice that lithium polymer batteries do not lose out on their overall charge capacities as much as lithium ion batteries do, which obviously makes the former more expensive to manufacture. Also, lithium polymer batteries can be into very thin cells, which means that smartphones using such batteries can be made much thinner than those that use lithium ion ones.

While it is not much of a difference, we felt that we had to point it out here.

While Nexus 5X only has 2GB of RAM, its biggest selling point is its pure Android experience, which minimizes the amount of useless applications present on it in order to provide more storage space to the user and reduce CPU and RAM consumption by a huge margin. In comparison, Xiaomi Mi4c will definitely have more bloatware, and unfortunately, some of them might not have an option to be disabled (unless of course you root your Android handset, which in turn will void the warranty of the smartphone).

In terms of performance, Nexus 5X would fare much better against the 2GB RAM version of Mi4c, but will definitely loose to the 3GB RAM model if you are considering benchmarking results are your primary source of performance measurement. However, before we conclude this, we have to point out that another primary selling point of Nexus 5X is that since it will receive updates from Google’s mobile operating system first, chances are that it will be able to deliver improved performance overtime.

We have not yet received word is Xiaomi Mi4c will be updated to Android Marshmallow 6.0, but until we do, consider Nexus 5X gaining the upper hand in this category. 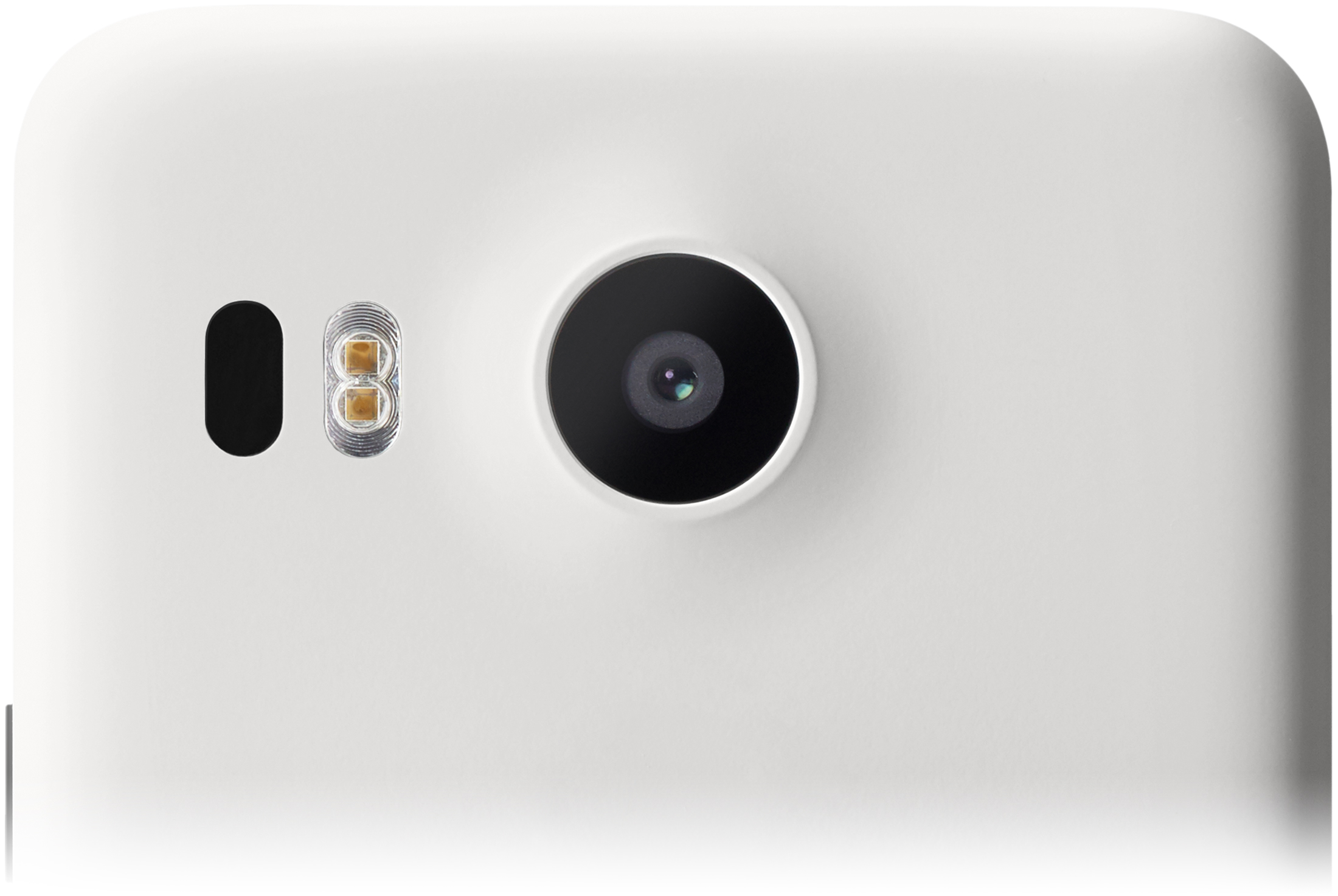 Being priced higher than Xiaomi Mi4c, Nexus 5X would definitely have some impressive features, with the most notable one being its rear camera sensor. Unlike Xiaomi Mi4c, Nexus 5X is not only able to capture 4K videos, but its laser autofocus can also accurately snap distant objects and items of interest from faraway distances. The software of the smartphone is also top notch because it provides support for Smart Burst. Smart Burst is a very unique feature, where you can capture a quick-fire of images at once for quick clips and animated GIFs.

There is also support for slow-motion videos and Nexus 5X is effortlessly able to capture videos at 120 FPS (at a resolution of 1080p) so that you have enough room to edit them. On Xiaomi Mi4c, video recording is limited to 1080p at 30 FPS, but looking at the price tag, Xiaomi did have to make some limitations.

So which smartphone should I end up purchasing?

Both smartphones are terrific when you take account the hardware specifications of Xiaomi Mi4c and Nexus 5X. Even if you blindly purchase either one of them over the hardware that they, it will not make much of a difference in your casual usage (you will see that difference once you decide to start running benchmarks).

What will make a difference is the separation of features that you will experience if you purchase either one of them. So let us compare each smartphone to see which feature is the device’s ideal selling point and will suit you perfectly.

When should I purchase Xiaomi Mi4c?

You should purchase a Xiaomi Mi4c when pricing is your foremost concern. The company’s products are extremely affordable and thanks to its successful business model, Xiaomi has been able to create a dominating presence in the industry. Also, Xiaomi Mi4c also has a dual-SIM slot, so instead of carrying two devices to run two numbers, you will be able to carry a single smartphone running two carriers simultaneously.

When should I purchase Nexus 5X?

Running a pure Android experience is important when you want to have sufficient internal storage remaining. Keep in mind that your device or machine starts to slow down when there is low storage space remaining, so a pure Android OS running in Nexus 5X will keep unnecessary bloatware out of its system, freeing up space, RAM, processor headroom in order to reserve them for the optimum functionality of the device. Having an updated operating system will also improve battery life in the longer run.

Also, Nexus 5X might just a 12.3MP rear camera, but megapixels are not the most important thing that decides how well a smartphone performs. Xiaomi Mi4c has a 13MP rear camera, but it cannot record 4K, does not have the option to record slow-motion videos and definitely does not have the ability to capture videos and turn them into GIFs (unless you use a third party application). All of these features are present in Nexus 5X, which results in the device possessing a much better camera than its newly formed rival.

Before we forget, running a smartphone with outdated software does have many disadvantages, with the most important ones being performance, and security. Android is not the most secure platform in the world and as new Android updates are released, devices running obsolete updates might not be able to install new applications or update their existing ones for improvements, functionality and security. These devices will also become a target for cyberattacks, since a mobile phone with outdated security is easy pickings for hackers worldwide.

Listing the pros and cons of Xiaomi Mi4c and Nexus 5X

With so many differences between both handsets, we have decided to list the pros and cons of Xiaomi Mi4c and Nexus 5X in order to decide which smartphone would suit your liking under a specific circumstance.

Attention: The internal data of table “9” is corrupted!

All hardware specification differences between the two smartphones

We understand that there are a lot of differences between the two smartphones so in order to provide you with a proper comparison between both smartphones, we have compiled a specifications table so that you can properly see where the devices excel and where they lack.

Attention: The internal data of table “10” is corrupted!

All of the differences have been detailed in front of you and we hope that this will provide you with enough information so that you can easily head out and make your purchase. For us, there are only two things worth looking out for; pricing and software updates. For an affordable Snapdragon 808 powered smartphone, Xiaomi Mi4c is clearly the winner here and for immediate software updates, which itself is a crucial feature to have, we have no choice but to crown Nexus 5X the champion.

Onda V919 3G, new tablet that can also work as a mobile

The elephone M2 review is here! 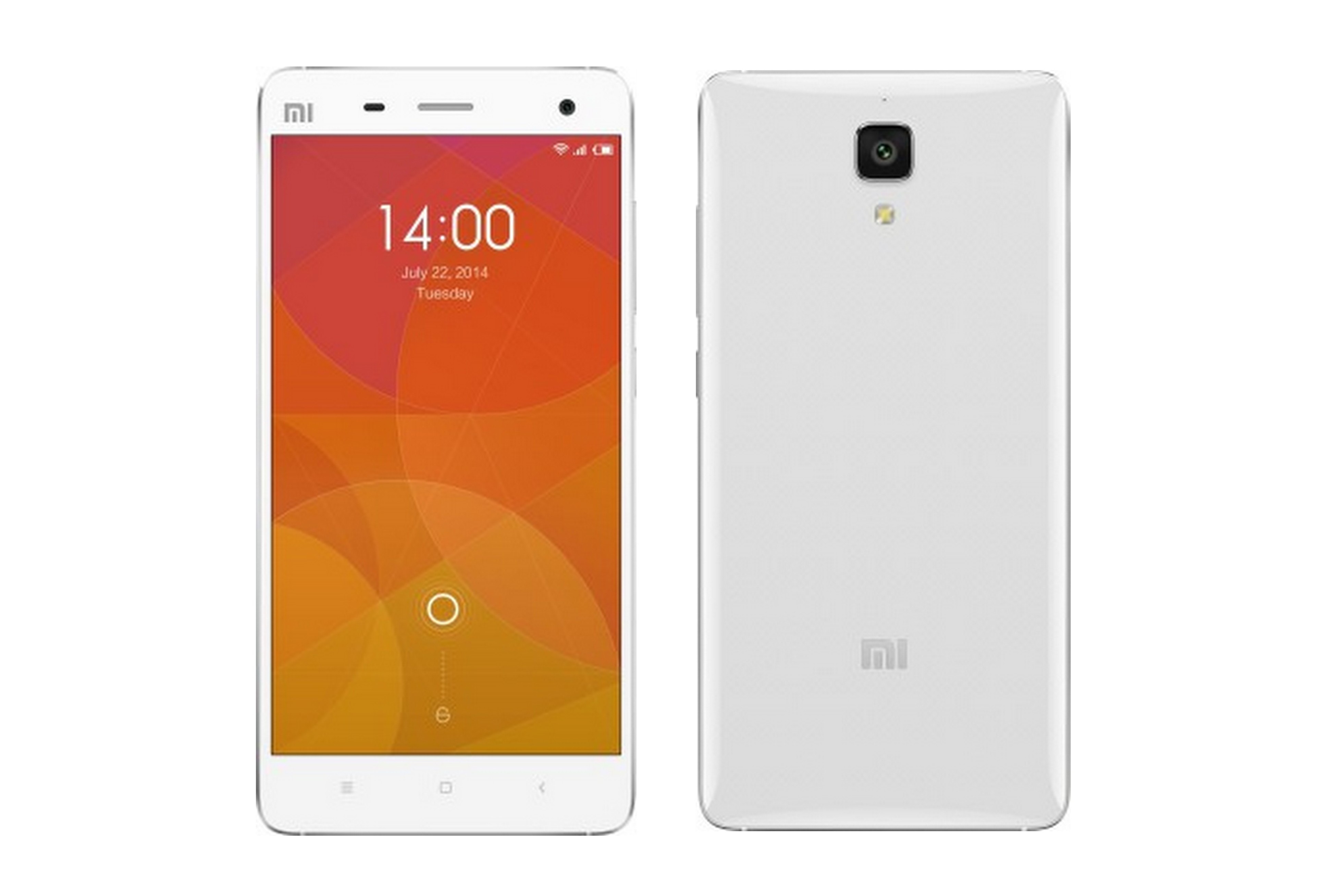 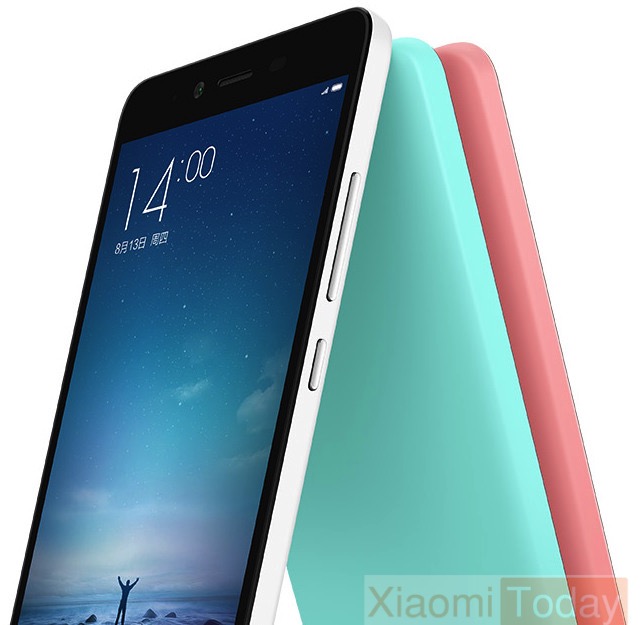 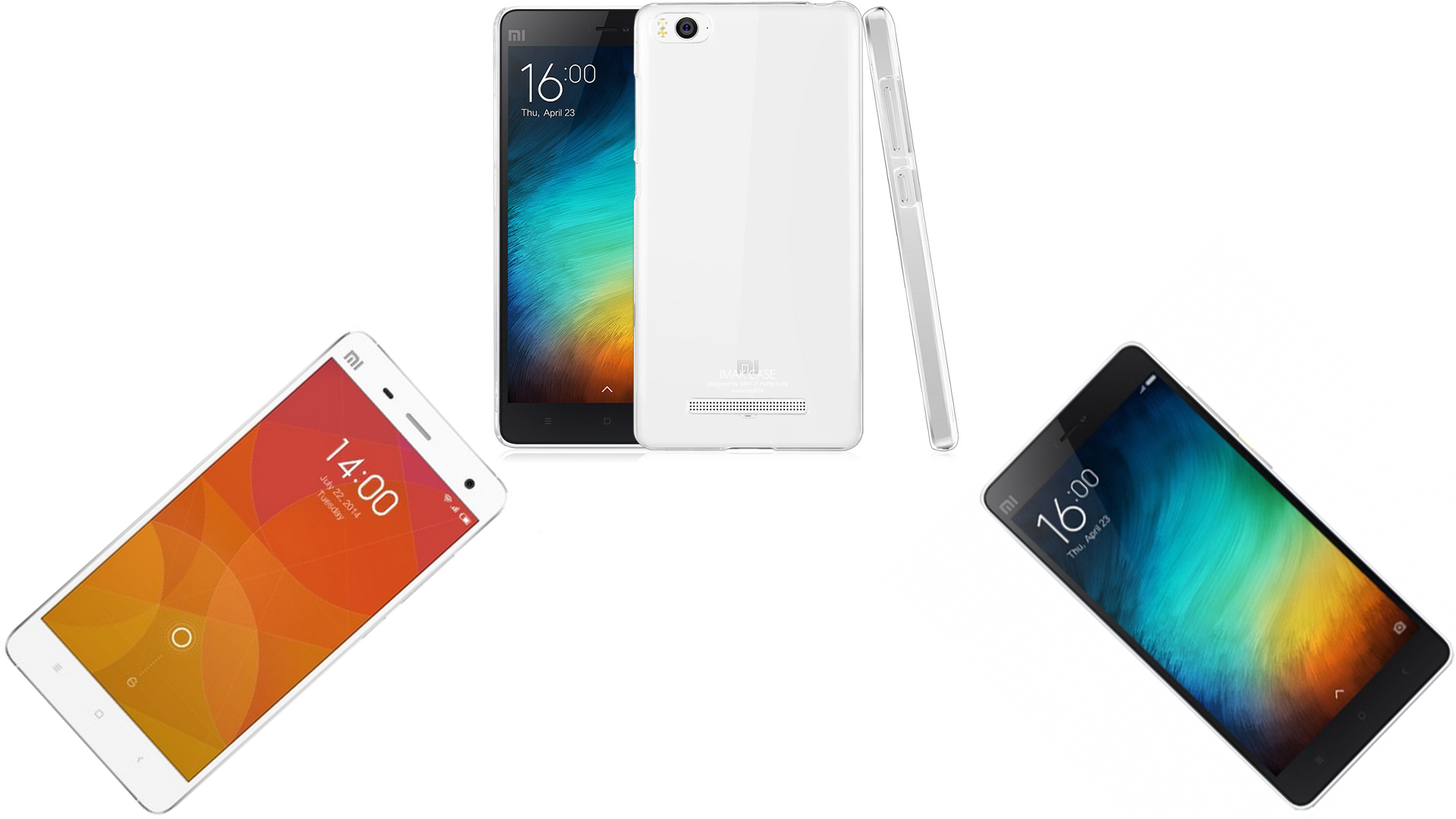