The launch of the Xiaomi Mi Watch Color model is an interesting event for at least one reason. So far, the production of electronics worn for Xiaomi was dealt with by her own company Huami, and the watches were mainly introduced under the increasingly recognizable brand Amazfit. The new Watch Color is another smartwatch that has recently been launched under the Xiaomi main brand. What’s more, the production of the new watch is not Huami, but Shanghai Suo Prime Technology LTD – one of Xiaomi’s subcontractors, previously seen as Huami’s local competitor.

For communication with a smartphone, the watch uses Bluetooth 5.0 LE, there is also positioning using GPS and GLONASS. The Mi Watch Color also received NFC, but this feature will only be used by users in China. The list of sensors is completed by a light sensor, gyroscope, compass, accelerometer, and barometer. A heart rate monitor is used to measure sports activities. Although presented as a fashion watch, the Mi Watch will also suit athletes. It has 10 sports modes. Among them, we obviously find running, cycling, or swimming. FirstBeat technology will analyze your results.

How it can be used without difficulty during swimming and diving at depths up to 50 meters. Judging by the similar watches on the market, a single battery charge will be enough for a couple of days. Among the features of the watch was also the manufacturer’s own voice assistant – XiaoAI. Voice commands are facilitated by the built-in microphone, but the speaker is missing, which significantly reduces communication functions. The built-in 420 mAh battery is designed to provide up to 14 days of operation in standard mode and even 22 days in economy mode. Android 4.4 is the minimum requirement for the app. The Mi Fit app is probably used. In addition to NFC, there is also GPS and GLONASS for position determination. 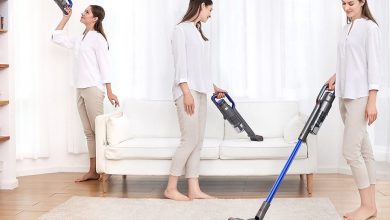