One of the markets in the technological world that has progressed the most in recent years has been that of projectors, as they are shown as a very good option for those who do not want a TV and Xiaomi, which is one of the largest manufacturers in the Currently, it also has its high quality projectors thanks to Fengmi , one of the submarines that belongs to its ecological chain. Now they have decided to work together to bring to the market the new Xiaomi Mi Projector Vogue Edition , which has high quality features and an interesting design.

With the huge number of projectors that exist today it is extremely difficult to stand out, but Xiaomi knows how to do this, and the Xiaomi Mi Projector Vogue Edition is no exception, since it is the first device of this type that has a technology image quality optimization developed by Fengmi Technology, in addition to being a device with optimizations in different areas such as brightness, color gamut, sharpness, skin color reproduction, HDR screen, HDMI delay, etc. Speaking of brightness, it reaches 1500 lumens, so it is much brighter than conventional projectors. It has a range of NTSC colors from85% and enjoy a color algorithm that makes the tones much more precise. 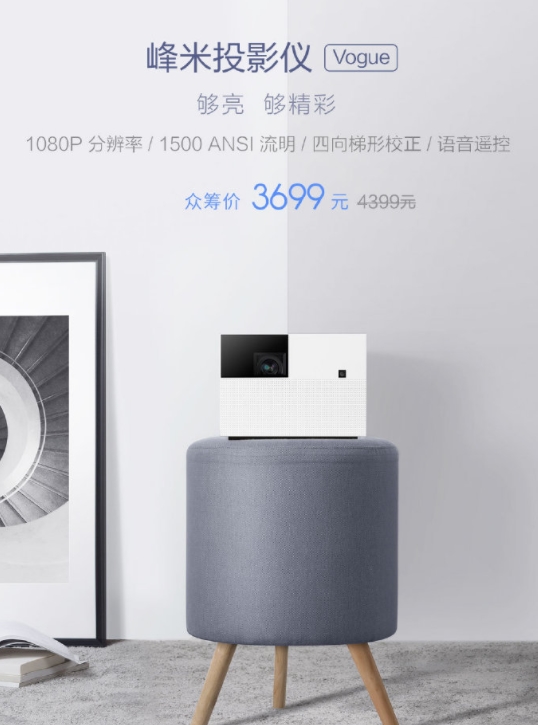 It has a game mode that manages to have a latency as low as 40 milliseconds . Its projection ratio is 1.1: 1 and by placing the projector at a distance of 2.5m you can get a resolution of 1080 pixels with a size of 100 ”.

The design is also quite particular, since, unlike what is usually done, it has a cubic shape with the lens on the front, so it is a unique product of its kind. It has a T972 processor that reaches a maximum speed of 1.9GHz. And, in addition to all that, it runs the same operating system that Xiaomi TVs possess . The price of this device is 3699 yuan ($ 522). 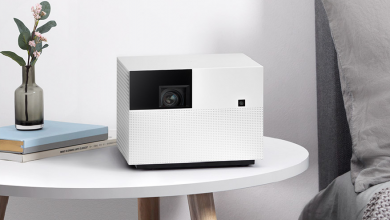