Today through mydrivers.com chinese website has been leaked images of the new Xiaomi power banks generation where we see that space matters. At first glance, we can see that the new Xiaomi Mi PowerBank Pro 2, unlike their predecessors who became the best-selling power banks, this is much thinner and practical.

As we have seen earlier in the specs leaked of the Xiaomi Mi Powerbank Pro 2, this new generation will not be only available with the typical and common micro-USB port, but also will be available with the used (and hated by some) relatively new type-C port, which means that Xiaomi doesn’t want his power back be used only by Xiaomi users but Also by iPhone 7 users and in future for iPhone 8 users.

The first known model of this new series Powerbank has a capacity of 10,000 mAh, enough to charge 4 times an average phone.

Front of the Box. Simple and clean.

Technical details on the case

The chassis this model is made of aluminum. Lightweight and durable.

In addition to the Type-C port, the Xiaomi Mi PowerBank Pro 2 has LED indicators that let you know how loaded is your favorite power bank.

I want to buy Xiaomi Mi Power Bank Pro 2, When will it be released?

the exact launch date is still unknown, but if there is already a final version and leaked images, not take long to be released.

In XiaomiToday we inform all our followers of its release. Why don’t you follow us on Facebook to be the first to know it?

If you have a friend who needs a Powerbank, tag him, perhaps the Xiaomi Mi PowerBank Pro 2 may convince him.

Xiaomi Mi Powerbank 2 Preview – Things Get Better even for $12! 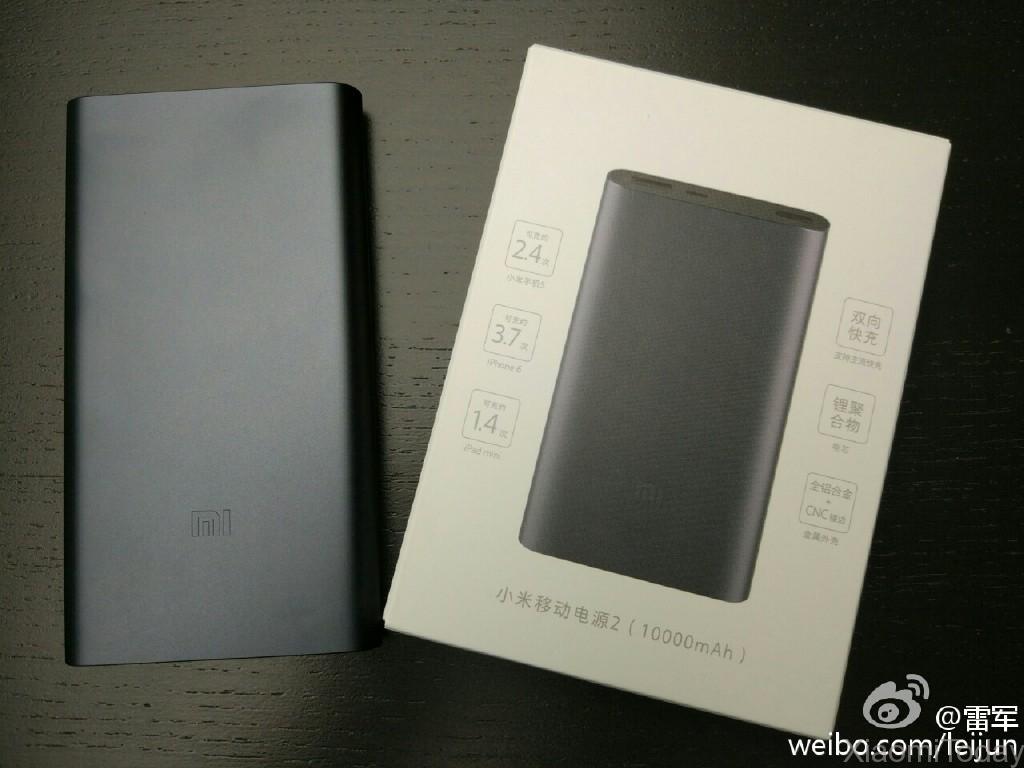