Weeks ago, Xiaomi launched the Mi Pad 4  alongside Redmi 6 Pro. The Xiaomi Mi pad 4 is the successor of the Mi pad 3 which was launched last year. The Pad 4 comes with some new innovation as expected, some of which includes an AI-powered face unlock mechanism, larger screen and so on. The face unlock is one feature that has dominated the smartphone market in the first half of the year and Xiaomi thought it wise to include it in the new Pad. But is the Mi Pad 4 a notable upgrade to the Mi Pad 3? Well, only a comparison can really tell us that. Let’s get to see a detailed comparison between the Xiaomi Mi Pad 4  and the Xiaomi Mi Pad 3.

The Mi pad 4 and 3 sports the same production material, both feature a front glass with a metallic unibody design. The Mi pad 4 is quite larger, taller and with more weight than its predecessor Pad 3, this can be attributed to its larger display and improvement. The Mi Pad 4 is 7.9 mm thick and has a total weight of 342.5 grams while the Pad 3 measures 7 mm in thickness and weighs 328 grams. This shouldn’t be a big deal as it is still way lighter than most Pad of its kind. 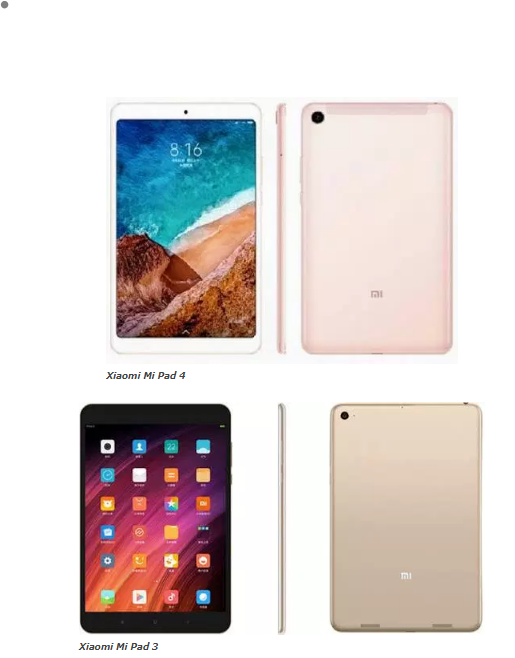 Moving to the Pad memory, the Mi Pad 4 comes in two variants – 32GB ROM with 3GB RAM and 64GB with 4GB RAM, while the Pad 3 offers 64GB internal memory and 4GB RAM. The higher variant of the newest Pad from Xiaomi also has LTE connectivity, while the Mi Pad 3 does not support this feature.

Software? let’s see. The Mi Pad 4 runs on Android Oreo-based MIUI 9 out of the box. The UI feature includes an improved notification pane, a split-screen mode, app shortcuts and more. This software even promises up to two times faster app load times and better background memory management. On the other hand, the Mi Pad 3 was launched with MIUI 8 which is running atop Android Nougat. 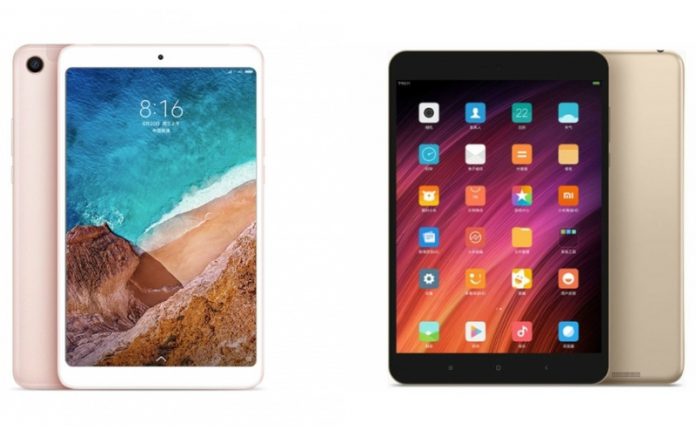 Read also: 10 Xiaomi Products That Would Transform Your Home For Good

Under the hood of the Mi Pad 4 is a 6000mAh capacity battery, which is actually somewhat smaller when compared to its predecessor. Mi Pad 3 actually comes with a 6600mAh capacity battery, so battery life should be more or less comparable on both models. While the Mi Pad 4 features a smaller battery, it is powered by a significantly more efficient 14nm Snapdragon 660 AIE processor as opposed to the 28nm MediaTek MT8176 chipset powering the Mi Pad 3.

A new generation of Aqara Gateway arrives with support for Siri