Just recently Xiaomi launched a new game product named the Xiaomi Mi Gaming Mouse. With this move, the manufacturer clearly shows its intentions in the game industry. As you remember, not that long ago, we saw the Xiaomi Gaming Laptop, the Xiaomi Game Headset, and Black Shark gaming smartphone. Now it’s the turn of the Xiaomi game mouse.

This is not the first time when Xiaomi launches a mouse. There have been a few wireless mice coming our way from Xiaomi. But this is the first attempt at making a game product. Actually, the company has released a device that should face a tough competition. This niche is overpopulated and it will be very difficult to grab customers’ attention. However, the newly launched Mi Gaming Mouse costs 249 yuan ($38), which makes it attractive for even first-time gamers.

According to the official information, the Xiaomi Mi Gaming Mouse is equipped with a professional 7200dpi optical sensor with five adjustable speeds for smooth gameplay. Apart from this, it comes with an ergonomic design, and micro-motion to support rapid actions. There are few impressive features, such as quick key targeting, press and hold action among other such actions, which will appeal to gamers. It also supports an adjustable DPI for smoother experience during RPG and FPS-style games.

The Xiaomi Mi Gaming Mouse is powered by a 32-bit ARM processor, and it can be programmed with 125/250/500/1000 four-speeds through the software. As we are dealing with a game product, it’s not surprising to see other keys but the right click, left click and scroll wheel. Two buttons are placed on the top. One of them is used to increase the speed while the second decreases the speed. It supports for 30G acceleration and tracking speed of 150IPS.

Actually, the Xiaomi Mi Gaming Mouse can be operated in two different modes – wired and wireless. However, the manufacturer recommends to use it wired when playing, and wirelessly for home and office applications. Since it is a gaming mouse, there is, of course, RGB lights and customers can choose from four different lighting modes for the scroll as well as tail lighting. The Mi Gaming mouse has dimensions that measure at 216x150x47mm, and the accessory weighs 137 grams. The mouse is compatible with both Windows and MacOS.

Relax outdoors better than ever with the new hammock of Xiaomi! 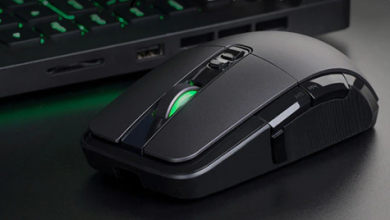 Xiaomi Gaming Mouse 7200DPI Offered at the Lowest $54.99 In a Flash Sale of Geekbuying 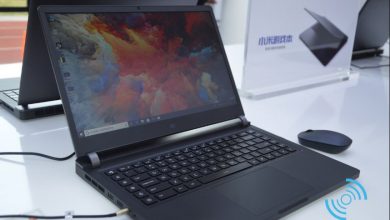