Among the many products released by Xiaomi in recent years, TV boxes are perhaps those that are less discussed but that, at least globally, sell much more than you think and in fact dominate the market thanks to their compromise between quality constructive, good specifications and attractive prices. Considering the consumers desires Xiaomi has launched a new smart set-top box in the market. It is the new Xiaomi Mi Box 4 SE. This new device of Xiaomi has come to the market with a lot of great features that enables the users to enjoy the best TV experience. It has certainly taken the challenge of other companies that are in the market to offer smart TV boxes.

The Xiaomi Mi Box 4 SE Android TV box comes with a very decent GPU unit. It packs a Mali – 400 GPU. It has a total of 1GB of DDR3 RAM & a 4GB eMMC flash memory. This configuration is enough for basic TV streaming services.  It has a maximum extended capacity of 64GB. The Xiaomi Mi Box 4 SE Android TV box is equipped with the PatchWall artificial intelligence voice system. The Patchwall AI supports voice control which also includes video on demand, weather update, channel switching etc. and so many more. This device also comes with smartphone screen-casting, so it can mirror pictures and videos on the TV with a single click on the smartphone.

With the Cortex-A7 quad core & the Mali – 400 GPU with 1GB DDR3 RAM the Xiaomi Mi Box 4 SE Android TV box has very efficient power management & it also dissipates heats less because of the coordination of the CPU & GPU unit. The Xiaomi Mi Box 4 SE Android TV box has a 64 GB external extended memory. Though the storage may seem enough for a decent streaming performance it will be disappointing for gamers and movie fanatics as they usually tend to download a lot of games movies, movies to TV programming. So, this memory may not be enough for them to run high resolution games and store a lot of movies at the same time. So, they have to connect and external memory through the USB to store and watch movies uninterrupted.

Where To Buy The Xiaomi Mi box 4 SE TV Box

The Xiaomi Mi box 4 SE TV Box is currently available on Gearbest for $46.99 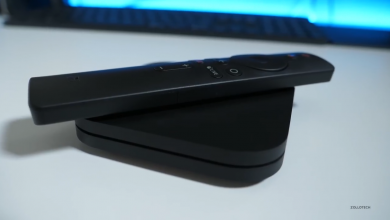