Xiaomi launched the much-anticipated Mi A2 around July in a ceremony held in Spain. Xiaomi Mi A2 came alongside the Mi A2 Lite with both smartphones running stock Android Oreo under Google’s Android One programme. The company even promised that both models would receive Android 9.0 update early when it starts rolling out. To be in a good stead to receive Android Pie, you can buy the Mi A2 and A2 Lite on GearBest at moderate prices. Xiaomi Mi A2 (4GB+64GB) is on offer for $189.99 on GearBest with Coupon. While the Mi A2 Lite (3GB+32GB) is offered for just $169.99 for the Gold coloured variant and the black variant. 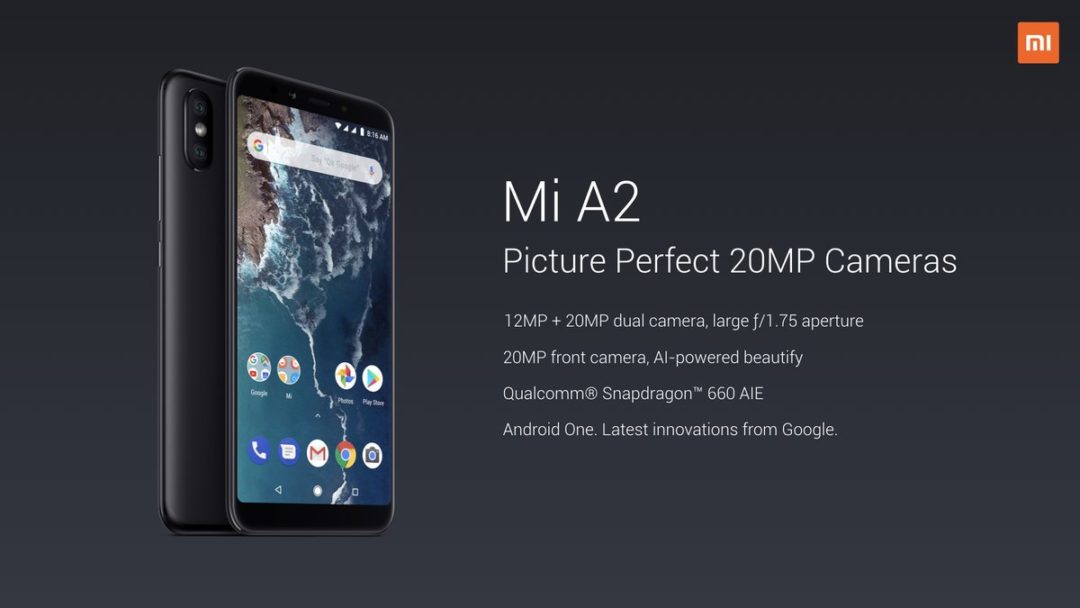 Xiaomi Mi A2 Specifications and Features

The new Xiaomi Mi A2 takes a cue from the Mi A1 which was unveiled last year and had a massively successful run. The device utilizes an arc-shaped aluminium unibody that has a thickness of only 7.3mm. It features a 5.99-inch IPS LCD display that offers 18:9 aspect ratio and FHD+ resolution of 2160 x 1080 pixels. The screen is covered by a layer 2.5D Gorilla Glass 3. The Mi A2 will be available in colors like Gold, Blue and Black.

On the camera aspect, the Mi A2 packs a dual camera setup comprised of a 20-megapixel Sony IM376 primary sensor with f/1.75 aperture and 2-micron 4-in-1 Super Pixel for capturing brighter shots in dim light conditions. The secondary sensor is a 12-megapixel Sony IMX486 with 1.25-micron pixel and f/1.75 aperture. At the front, the device is equipped with a 20-megapixel AI-powered selfie snapper for capturing selfie shots with bokeh effect. 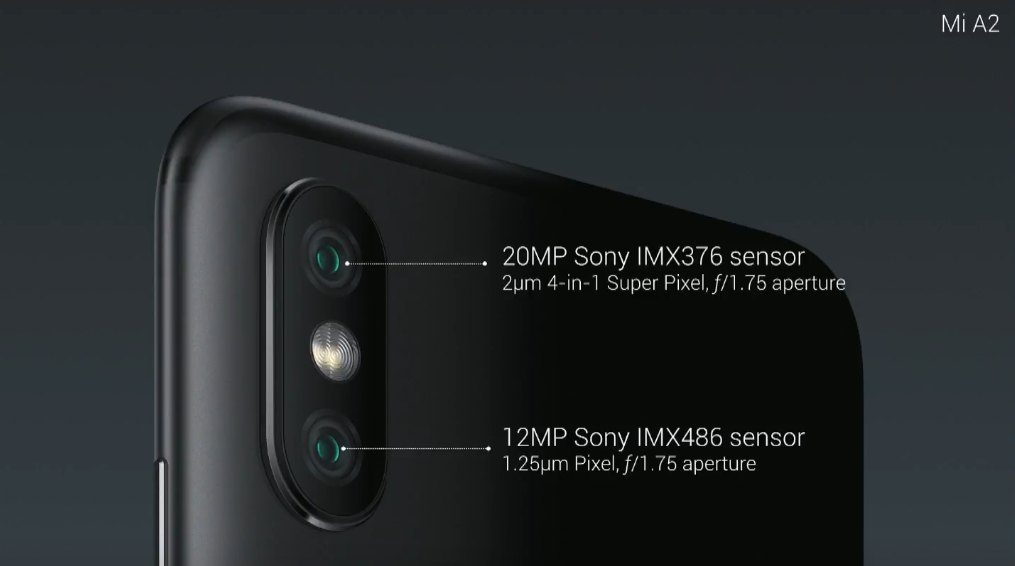 The Xiaomi Mi A2 is powered by a Snapdragon 660 AIE chipset paired with 4GB / 6GB of RAM. The device gets its juice from a 3,000mAh battery that carries support for Quick Charge 3.0 fast charging through USB Type-C. The other features of the smartphone include Android 8.1 Oreo OS, rear-mounted fingerprint reader, 4G VoLTE, Wi-Fi 802.11ac, Bluetooth 5.0 and 3.5mm audio jack. 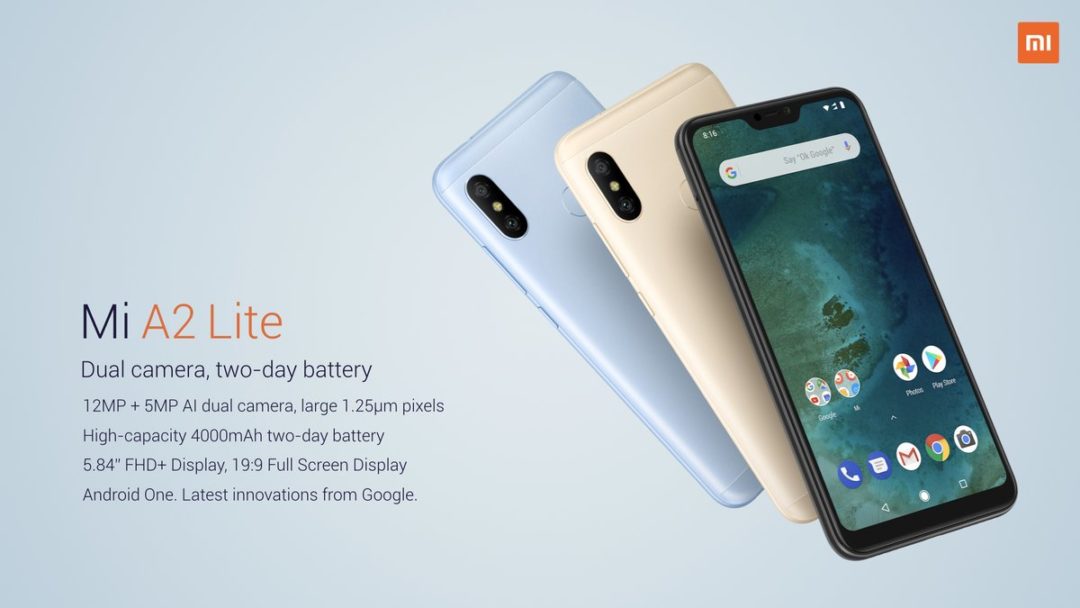 The Xiaomi Mi A2 Lite is very much different from the Mi A2 in design and hardware even though both models run on Android Oreo. The device has a notch design on its display which basically cancels it out of the list of phones to buy for fans who can’t stand the sight of the notch. The Mi A2 Lite packs a 5.84-inch IPS LCD display with a 19:9 aspect ratio which takes cognizance of the notch at the top of the display. The screen delivers a Full HD+ resolution of 2280 x 1080 pixels.

The Mi A2 Lite has a dual camera module on its rear aspect comprising a 12-megapixel primary sensor with 1.25-micron pixels and PDAF and 5-megapixel secondary sensor.  At the front, there is a 5-megapixel selfie shooter tucked under the notch. 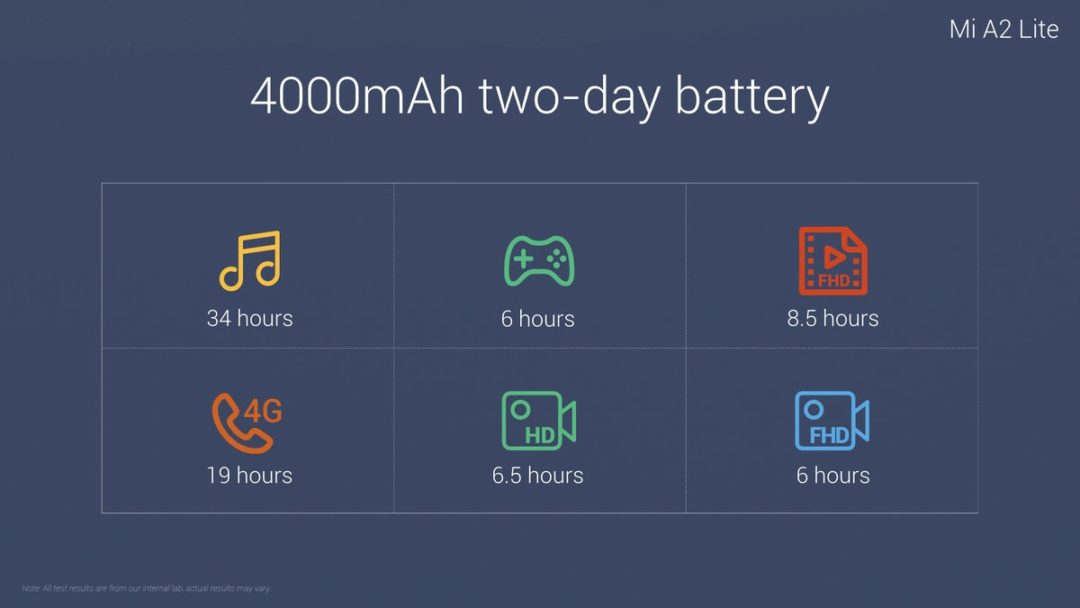 Powering the device is the all too familiar Snapdragon 625 SoC that powers multiple Xiaomi phones. However, XIaomi claims this is the first time an entry-level phone is packing the SD625 chipset. Despite it being a power efficient SoC, the Mi A2 Lite packs a bigger 4,000mAh battery. The company also stated that the battery can easily last for two days. The other features of the phone include Android 8.1 Oreo, rear-mounted fingerprint scanner, 4G, micro USB 2.0 and 3.5mm audio jack. The all-metal Mi A2 Lite is available in color choices like Black, Gold and Blue. 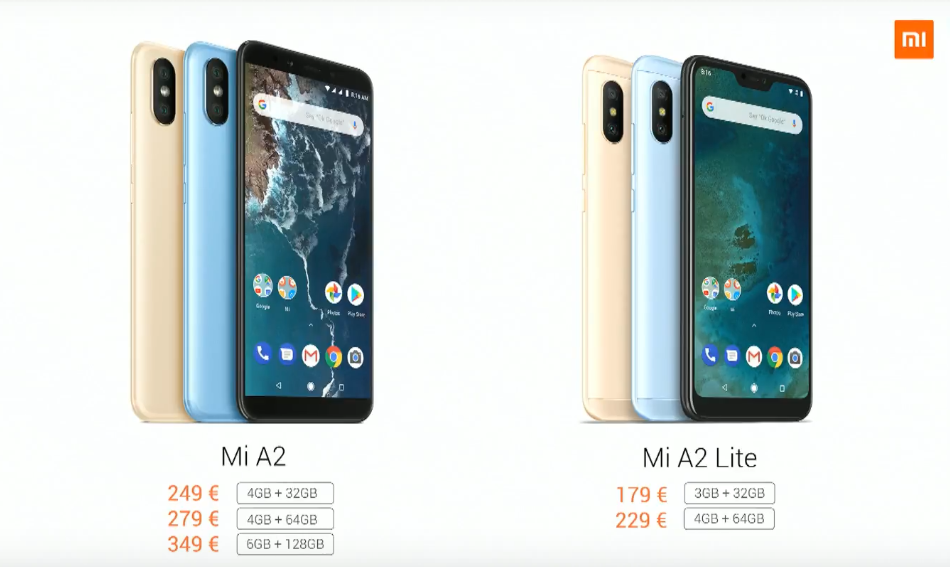 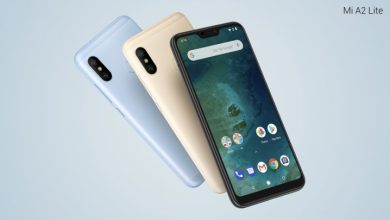 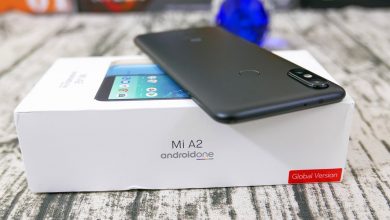 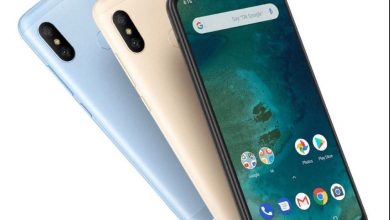