The Xiaomi Mi 9 Transparent Edition has up to 12 GB of RAM, a very high amount that doubles the RAM we have in the standard version of the Mi 9. Next, to this amount of memory, the same Qualcomm Snapdragon 855 processor will be offered.

The configuration of the Xiaomi Mi 9 Transparent Edition is the same as that of the Mi 9 in the rest of the sections, which means that we will find a SuperAMOLED screen of 6.39 inches with FullHD + resolution. Here also appears the notch in the form of water that houses the front camera.

To this, we must add the processor Qualcomm Snapdragon 855, the latest of the latest from the American manufacturer. This account with CPU Kryo 485, which on paper represents an improvement in performance of 45% compared to the Snapdragon 845, as well as with an Adreno 640 GPU 20% more powerful than the Adreno 630. It has eight cores in total, moving the main one at 2.84 GHz, at 2.42 GHz the three cores focused on performance and at 1.8 GHz the four cores focused on energy efficiency. As for internal storage, and although Xiaomi has not mentioned it expressly in the presentation, on the website of Xiaomi China it appears that it has 256 GB. That means we only have a single version of 12 GB of RAM and 256 GB of internal storage whose technology is UFS 2.1.

For the photographic section, the Mi 9 Transparent Edition incorporates triple camera like the Mi 9 but in this case, it has opted for a more advanced configuration with a sensor of 48 megapixels and a lens of 7 lenses with aperture f /1.47. In the secondary cameras we have a 16 MP Sony IMX481 with wide angle, aperture f / 2.2 and pixels of one micron and a telephoto of 12 MP S5K3M5 and pixels of one micron, to which is added the Dual Tone LED flash. The camera is supported by Artificial Intelligence, thanks to which it will offer corrections of light and color.

For the battery, we have according to the company’s data the first 20W wireless charge that in the same way we had seen in Huawei terminals, it will also be reversible to be able to charge other devices.

The Mi 9 comes with the fingerprint reader on the screen itself; just touch the screen and scan your fingerprint to unlock. This 5th generation system works 25% faster than in the Mi 8 Pro. The support of 802.11ac with 4 × 4 Mimo allows reaching the maximum speed offered by the most modern Wifi routers.

Right now grab it on Geekbuying For Just at $799.99, with using a Coupon Code: SANUTILZ, Click the following button for the order it now: 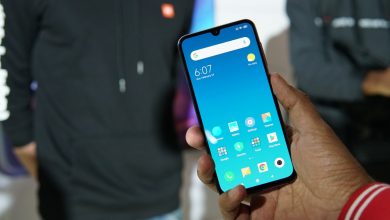