With the Xiaomi Mi 9, the Chinese manufacturer has caused quite a stir even before the release. Hardly anyone expected the Special Edition Xiaomi Mi 9 SE, which is a smaller and slightly stripped-down version of the flagship.

Externally, the Xiaomi Mi 9 SE resembles his big brother. However, the Special Edition is a good deal smaller and with its dimensions of 147 x 70 x 7.45 mm in approximately an iPhone XS. Also, the weight is very low with only 155g. Although the 6-inch display does not sound very small, you will still be able to use the smartphone with one hand.

The display from Samsung also works with AMOLED technology and has a full HD resolution of 2340 x 1080 pixels. The fact that Xiaomi does not install an IPS panel on the cheap smartphone is quite rare in this price range. The display glass is Corning Gorilla Glass 5. the colors black, purple and blue are available. A USB C port and dual-SIM are self-explanatory, but Xiaomi also brings the fingerprint scanner in the display on the cheap Mi 9 Special Edition is quite a surprise.

With a Snapdragon 712, the Xiaomi Mi 9 SE is still fantastically well positioned in its price range, but the performance is not comparable to the Snapdragon 855. At the same time, one has to comment on the fact that the Snapdragon 712 also delivers a fantastic performance, which is unlikely really excite a user. By the way, memory is a small but nice surprise. This is because there is a fast UFS 2.1 memory, which greatly benefits the speed of the system. There is the Mi9 SE in a 6/64GB or 6/128GB memory version. The memory is not expandable.

The camera has a similar setup as the normal Mi 9. The main sensor is still the 48 megapixel Sony IMX586 sensor with a f / 1.75 aperture is used. However, this is supported by other sensors. So there is a telephoto lens and a wide-angle lens, but with 13 megapixels (wide angle) and 8 megapixels (telephoto) and a f / 2.4 aperture. The front camera remains at 20 megapixels. We will only be able to investigate to what extent the Mi 9 SE achieves a comparable image quality as its big brother. The camera is of course supported by electronic image stabilization and also 4K videos are possible. However, an optical image stabilizer does not seem to be used.

The battery of the Mi 9 Se measures 3070mAh. For a 6-inch smartphone and the frugal Snapdragon 712 CPU, this is an average value. One day of intensive use, the Mi 9 SE is definitely going through. Unlike the Mi 9, there is no wireless charging function. After all, Quick Charge is supported with 18 watts and a charging adapter is also included.

Otherwise, there is Bluetooth 5.0 and dual-band Wifi with MU-MIMO support. In addition, infrared remote control and NFC for the contactless payment revolution are on board. For navigation GPS, A-GPS, Beidou, GLONASS and Galileo are supported. Whether the speaker is a stereo speaker is not yet known. In any case, there is no 3.5mm headphone jack.

If you are looking for a compact mobile phone, you should probably have discovered one of the most interesting devices on the market with the Xiaomi Mi 9 SE. Xiaomi Mi 9 SE is now available on GearBest in the Following Variants and Prices: 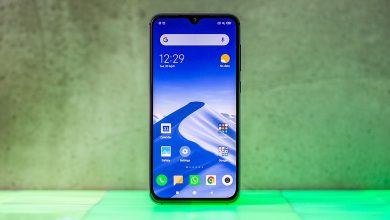 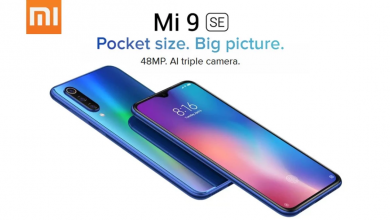 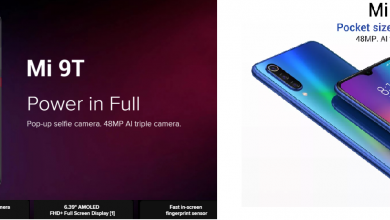