It is well known throughout the world that Xiaomi is a company that has the ability to generate a huge amount of profits with each product that brings to the market, and they have always been characterized as a company that has a huge capacity of sales to the public. Currently one of its most important mobile phones is the Xiaomi Mi 8, which is the living representation of the good large-scale sales of the manufacturer.

The Xiaomi Mi 8 is a huge success

This device is currently the Xiaomi flagship, and thanks to a publication made by the CEO of the company, Lei Jun, on Weibo (China most popular social network), it is known that the terminal has reached a total of 6 million units sold. Note that this Smartphone was launched on May 31, 2018, in Shenzhen, which means that achieved this feat in just 4 months after its official launch. 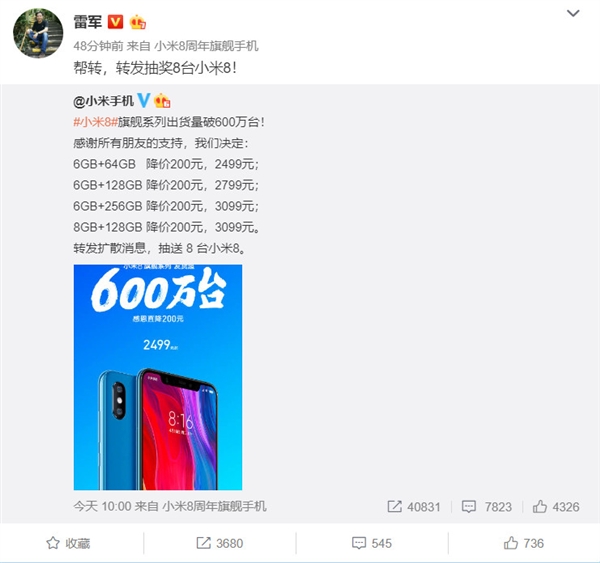 With this mobile, it is confirmed that Xiaomi is a company that has managed to establish itself properly in the market of high-end mobile phones. In addition to this, as a way of thanking Lei Jun, he announced that the standard version of the Xiaomi Mi 8 will see its price reduced by 200 yuan ($29). This means that the prices will be the following:

Given this news, the prices of the Xiaomi group’s shares were on the rise. First, within the session, the price of its shares rose 2.8% for a total of $13.96. You have to know that before its deadline, HK reported a value of $13.78, which means there was an increase of 1.47%. This is something very positive, because, since September 21, the prices of the Xiaomi group have been in decline, to the point that on October 8, it reached the lowest historical maximum that was $13.58, which means a 4.90% drop in the day and more than 20% of the issue prices of HK were at $17. 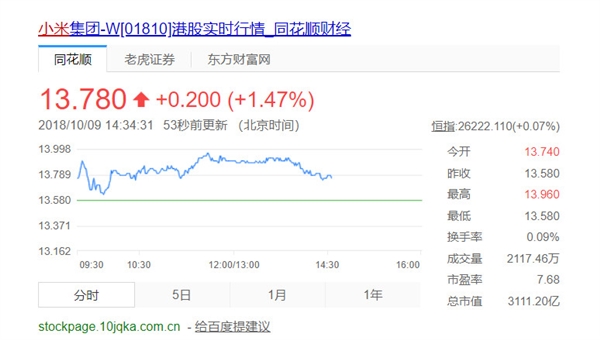 If you want to know more about the latest in devices such as the Xiaomi Mi MIX 3 or the Mi Note 4, computers, smartwatches, gadgets, and new products in general or if you want to keep informed of the latest news about Xiaomi and the latest advances in technology, you can follow us on our social networks on Facebook and Twitter to keep in contact.

A new controversy arose regarding the Xiaomi Mi Band 3!