Before May 31, if there was a poll which is the best Android phone, the Samsung Galaxy S9 or the Huawei P20 Pro should be the leaders. But if you ask the same question, the answer will be the Xiaomi Mi 8.

On the mentioned date, Xiaomi officially released its much-anticipated annual flagship in face of the Mi 8. There were too many amazing products such as the Mi 8 SE, Mi 8 Explorer Edition, Mi Band 3, Mi TV 4 75”, and the Mi VR. But the Xiaomi Mi 8 was in the spotlight.

Note: Xiaomi skipped the Mi 7 and named its flagship as the Xiaomi Mi 8 because it is celebrating its 8th anniversary. Ring a bell? Yes, there are too many similarities with the iPhone X, which is the tenth-anniversary product of Apple. Not in vain, many think the Xiaomi Mi 8 is the cheaper version of the iPX. But we like to think differently – the Mi 8 is the best alternative to the Apple flagship. Moreover, it’s the most powerful smartphone in the company’s history. So there is something to see.

As a reminder, in 2017, Xiaomi’s total phone sales increased 120% year-on-year and reached to 91 million units, returning to the top five in the world. It was a real resurrection after the terrible 2016. In the European smartphone market, Xiaomi’s sales increased by 999%. In fourteen countries in the world, it is an absolute leader. Finally, Xiaomi ranks fifth in the globe.

So the Xiaomi Mi 8 shouldn’t be taken as the next flagship of the manufacturer. It’s an ultimate gift that Xiaomi paid for himself over the past eight years.

We are reviewing the Xiaomi Mi 8 6+128GB variant. It’s the black option.

The box is solid and uses a minimalistic design style.

Once the box is opened, we can see the ‘beauty’ inside. By the way, this is the first Mi flagship exceeding the 5.15 inches.  The screen diagonal is 6.21 inches. It uses Samsung’s AMOLED display with a Full HD+ resolution, DCI-P3 wide color gamut, contrast ratio of 60000:1, and brightness of up to 600nit.

In comparison to the other full-screen smartphones coming our way from this manufacturer, such as the Xiaomi Mi MIX 2S, it uses a mainstream display. There is a notch on the top, while the chin is narrowed slightly. At the event, Lei Jun focused on the rounded corners. So we do.

The bangs part is wider. But it has its explanation – the Xiaomi Mi 8 comes with an infrared face recognition support. Therefore, there are placed too many sensors and components.

Of course, the phone also offers the option of hiding screen bangs.

It’s the top side.

At the bottom of the Mi 8, there is still no headphone hole.

The volume rocker and the power key are on the opposite side.

The back panel is made of glass. Compared with the traditional matte metal, the glass material feels softer. Thanks to the four-curved surface curvature processing, the phone brings quite a good touch and grip.

Inside the box, we can also find random accessories, including a standard water protection sleeve and headphone adapter.

There is also a standard charging head, supporting up to 18W fast charge.

Unsurprisingly, the Xiaomi Mi 8 is packed with a Snapdragon 845 processor. According to the official data, the phone scores more than 300.000 points at AnTuTu, becoming the most powerful Android smartphone around the globe. As for the Snapdragon 845, it’s the flagship SoC of the year. The clock speed is 2.8GHz, while it uses Qualcomm self-developed Kryo architecture.

However, the unit in our hands scored only 260.000 scores. It’s a regular result for the Snapdragon 845. But it’s far from the announced 300K points.

In GeekBench, it scores 2418 and 9132 points in the single-core and multi-core tests, respectively.

The PC Mark result is 8528, which is the highest score in the benchmark.

Androbench showed 700MB/s read speed, which is standard for the UFS2.1 storage.

The Xiaomi Mi 8 uses the same camera module as the Xiaomi Mi MIX 2S. Thus it sports the Sony IMX363 sensor. DxOMark gives a score of 99 points. It’s more than the iPhone X’s result by 2 points.

Generally, the phone sports a 12MP+12MP dual-camera with an aperture of f/1.8, AI scene recognition support up to 206 kinds of unique AI studio lighting effects, AI short video clips support, and many more. The front-facing camera uses a 20MP sensor, which is the world’s first camera supporting AI micro plastic beauty. It also supports infrared unlocking. Thus the phone can identify your face in a completely dark environment.

To make sure the Xiaomi Mi 8 camera is capable of taking astonishing shots, let’s take a few photos. 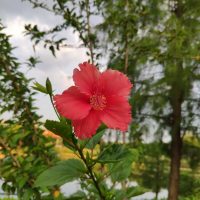 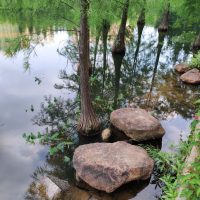 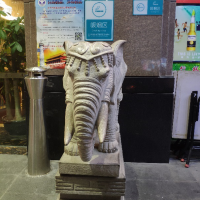 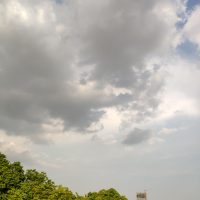 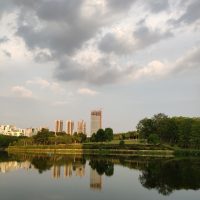 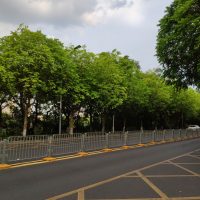 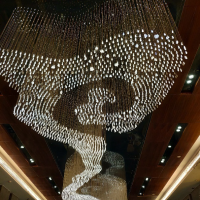 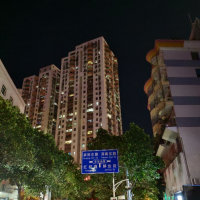 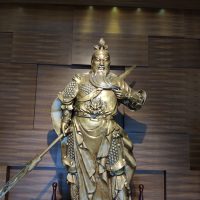 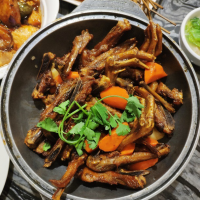 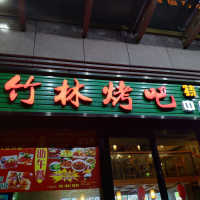 This is an early review. So it’s reasonable why we don’t talk about everything. Say, we have already said it’s the world’s first Android smartphone coming with an infrared face recognition. But we didn’t say it’s the world’s first dual-frequency GPS positioning handset. Another thing, the Xiaomi Mi 8 runs on the overhauled MIUI10. We’ll come in with a depth review a bit later. But at this moment, we should state Xiaomi continues its ‘smart’ strategy of designing great phones at the lowest price tag. Do not forget the phone’s starting price is 2699 yuan.

The Xiaomi Redmi Y2 will be released exclusively on Amazon India, and will be launching on June 7