The rumours are leaks of the Xiaomi Mi 8 aren’t stopping as the official launch date is nearing. The launch is happening on May 31, i.e., in less than a week. The company has already revealed that the phone is indeed going to be called ‘Mi 8’ as it is a special device for the 8th Anniversary of the company. The company is continuously teasing the unique features of the smartphones and today; a video was leaked that revealed the 3D Face Recognition technology on the Mi 8. If the video is legit, the Xiaomi Mi 8 is going to be the first Android smartphone to feature 3D Face scanning.

It is already known that Xiaomi Mi 8 is coming with a notch on top which isn’t like every other Android phone with a notch. It houses the special sensors for the Facial Recognition, just like the iPhone X. The video above shows how the face will be registered and the phone is going to have a 3D Face Scanning technology, which will make it more accurate and secure.

Due to this, we can expect the Face Scanning to work impressively in the low light situations as well. 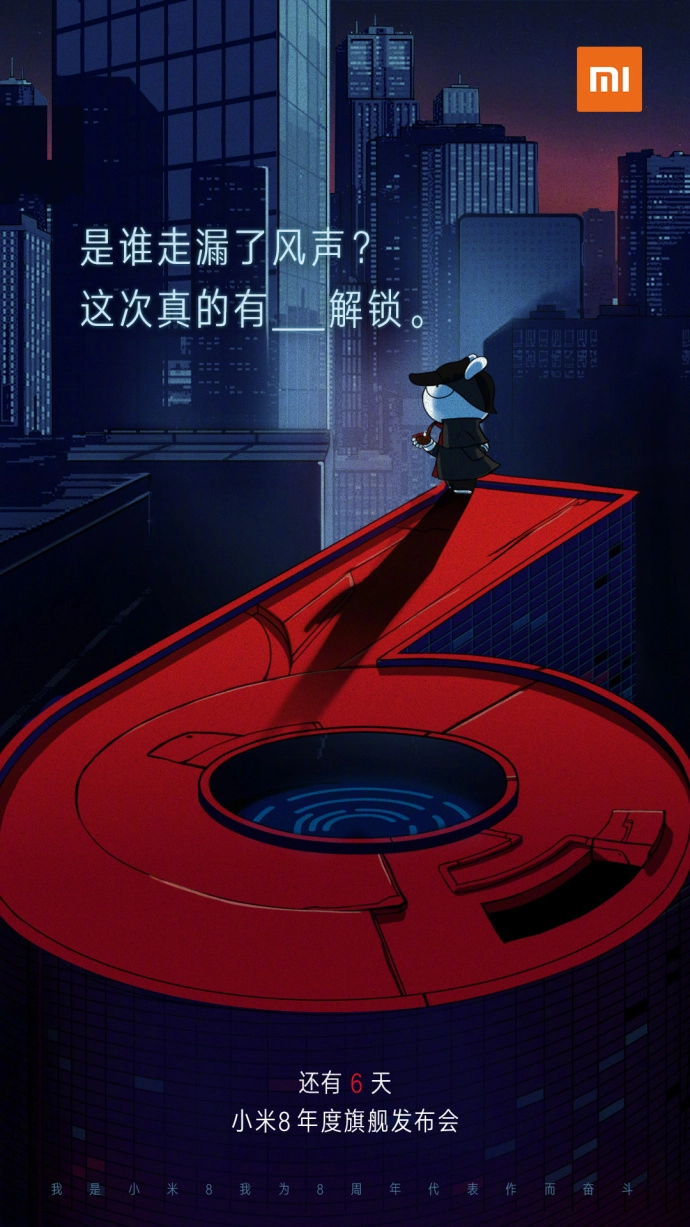 As for the other specifications, there are dual rear cameras, Snapdragon 845 processor, 6/8GB RAM along with 64/128 or maybe up to 256GB ROM, Face Unlock, MIUI 10, Wireless Charging, Fast Charging, No headphone jack, and more.

We have high hopes for the upcoming Xiaomi Mi 8, and we are sure Xiaomi isn’t going to disappoint all its fans. Stay tuned for more updates.

56 Workers Will Be Millionaires With The Xiaomi IPO