Xiaomi MI 6 is predicted to be launched in April-May 2017.

here are some latest “LEAKS”

The bigger Xiaomi Mi 6 Plus

Xiaomi is still a month away from official launch – Mi 6 & Mi 6 Plus – and there’s a lot that’s been going on around this topic.

For the release, the Xiaomi Mi 6 and Mi 6 Plus was expected to be announced in April, it looks like, it will most probably be announced around April-May this year.

The Xiaomi has not yet revealed any information about the upcoming device’s price. Both the flagships are expected to be powered by Qualcomm Snapdragon 835 processor and come with Qualcomm’s Quick Charge 4.0 technology for fast charging support.

here are some latest LEAKED images

no specifications have been announced by the company just yet. 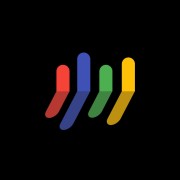