It is well known that the smartphone market is suffering a decline. What happened for the first time in 2017 seems to be repeating itself this year. This makes large companies face an uphill path. However, not everyone is being affected. Xiaomi is well recognized in China, India…and is beginning to be in Europe. The current problem does not seem to affect the company as its sales continue to rise.

This growth in their numbers began to be seen from last year, in which about 91.14 million units were shipped. This increase does not seem to be left behind this year and, it does not only involve the Chinese market.

Related: Xiaomi’s valuation has reached 134.3 billion dollars – The resurgence of the ashes

And is that according to the IDC (International Data Corporation), who also stated that the global shipment of smartphones reached only 344.4 million units in the first quarter of this year. This shows a decrease compared to last year’s shipments.

Large companies such as Huawei have only an increase in their rate of 13.8%, Apple only reached 2.8%, while the rates of Samsung and OPPO have dropped. However, Xiaomi had a growth of 87.8% and its share market reached 8.4%.

Not surprisingly, the company is already a leader in India, reaching the first place in the last three quarters. Its rate has had a growth of 31.1%, which surpasses that of Samsung by 4.9%. But this not only happens in Asia, since in Europe the units ship by Xiaomi has reached 2.4 million, just in the first quarter. And, although the company is in fourth place, the year-on-year growth was 999%, something that is impossible to ignore. Meanwhile, in Indonesia, the number of shipments reached 1.7 million in this first quarter, leaving the second place and with a growth of 1455%.

And since November of last year, it has reached 14.1% in just a few months.

Undoubtedly this a surprising number which says a lot about the future that the Chinese developer will have in the market. It is easy to take Lei Jun’s words seriously: “We will reach the top spot in the Chinese smartphone market in just ten quarters.”

According to the Canalys report: Xiaomi climbed to the top

Xiaomi is doing a good job in Europe despite the fact that smartphone shipments decreased by 6.3%, something unprecedented in the first quarter of this year. Western Europe suffered the largest decrease with an annual fall of 13.9%.

The entire western region had a total of 30.1 million in total shipments, with the British, French and German markets falling by 29.6%, 23.2%, and 16.7%, respectively. All this was reported through the Canalys research agency on Wednesday.

Despite the biggest fall in history in a single quarter, Xiaomi had great growth.

Xiaomi now ranks fourth in Europe by sending 2.4 million smartphones in the last quarter. Growth was reported more than 10 times that of the same period last year, with a 5.3% share in the region, according to Canalys. Samsung is still number one with total shipments of 15.2 million, despite shipments dropping 15.4%. Apple is the second strongest company since it captured 22.2% of the market with 10.2 million shipments. However, it also suffered a decrease compared to last year: 5.1%.

Canalys analyst speaks out about the growth of Xiaomi

Ben Stanton, an analyst at Canalys, added that although Xiaomi has enjoyed great growth in the last year, it should change its short-term strategy to adapt to market trends.

Xiaomi is working closely with distributors, such as Ingram Micro and ABC Data, to bring products to retail stores. HMD has taken a different approach, using its operator relationships to get its new smartphones across Europe.

He also mentioned the following:

As Xiaomi has shown, private companies have an incentive to operate with a substantial net loss to boost smartphone shipments, which increases market capitalization before the IPO.

This is a new era for smartphones in Europe. The few remaining growth markets are not enough to compensate for the saturated ones. We are moving from an era of growth to a cyclical era. This presents a new challenge for established operators, and we expect several smaller brands to exit the market in the future years.

Finally, the report says an important fact for the growth of the smartphone market:

The flagship smartphone features have been increasingly standardized by budget brands, which are taking these specifications to the middle market. The likes of Honor, Wiko and Xiaomi have been fundamental to boost growth in specifications such as double and triple cameras, which grew 150% over the previous year.

Redmi S2 Is Arriving In Indonesia This May 22 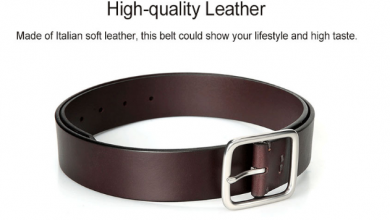 Baidu’s President, Qi Lu, could be joining to Xiaomi