For all the fans of Xiaomi, we have incredible news and that is the brand has achieved an undisputed leadership in one of the most prosperous markets, we are talking about India. A country that has continuously demonstrated its passion for Smartphones, being Xiaomi,the most popular brand right now. That is why we invite you to continue with us throughout this section and learn about this fascinating news.

The latest report from Counterpoint Research positions Xiaomi as number 1

According to the latest report presented by Counterpoint Research, the Chinese manufacturer, Xiaomi, is positioned as the number 1 brand in India in the last four months of 2018 and in the year in general, far exceeding the results obtained during 2017. Here we present the total percentage of all influential brands from 2017 – 2018 in India:

As can be seen in the previous image, the Chinese company, Xiaomi, achieves an incredible result for 2018, covering 27% of the national market, which is above the 22% obtained by Samsung. It should be noted that these percentages are equivalent to the last four months of 2018, but likewise, we have a general result for the whole year and the Asian brand achieved 28%, securing its first place above 24% of the Korean company.

Why is India so important in the Smartphones market?

Probably, many users are asking themselves this question, why is India so important? The answer is simple, this country is positioned as the second Smartphones market in the world, being only behind China. Karn Chauhan, a research analyst at Counterpoint Research, said in a statement:

“India is the second largest smartphone market in the world after China, it has just surpassed 430 million smartphone users, but this represents only 45 percent of the total potential smartphone market, India is underutilized in relation to many other markets.

Karn Chauhan also adds the reasons for the growth of Xiaomi for this 2018, being key, the low prices offered by the company in their devices:

“This was one of the key reasons for its growth in 2018, where not only new users switched to Smartphones, but there was a healthy improvement within price levels, especially from entry-level Smartphones to the segment of medium level “

Another research analyst at Counterpoint Research, Anshika Jain, also ruled on this, saying the following:

“We saw key companies gaining market share while smaller brands left the market as competition intensified, but this does not mean there is no room for new manufacturers, Realme, which started operations in the second quarter of 2018, entered the top five brands in Q4 2018, reaching more than four million users faster than any other brand”

Source
If you are a technology lover, we invite you to follow us on our official Facebook, Twitter and Instagram pages, where you can enjoy a wide variety of news, reviews, offers and analyzes about Xiaomi, as well as other brands of great growth We also invite you to our new Youtube Channel, so you can enjoy fantastic videos about technology. 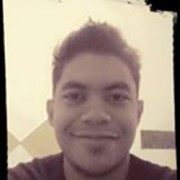