Yesterday, Xiaomi announced that the 8TB version of Xiaomi HD router will hit the shelves on the 20th of July. This news will be amazing for many Xiaomi fans, but the pricing will not put a smile on many faces.

Today, we have discovered that the Xiaomi 8TB version router in the Xiaomi Mall comes with a price tag of 3699 Yuan ($548). This is the most expensive Xiaomi router in history as it is more expensive than most Xiaomi smartphones. Xiaomi HD router starred at this year’s CES exhibition at the end of February, and regardless of hardware configuration and signal strength, it is one of Xiaomi’s strongest products. 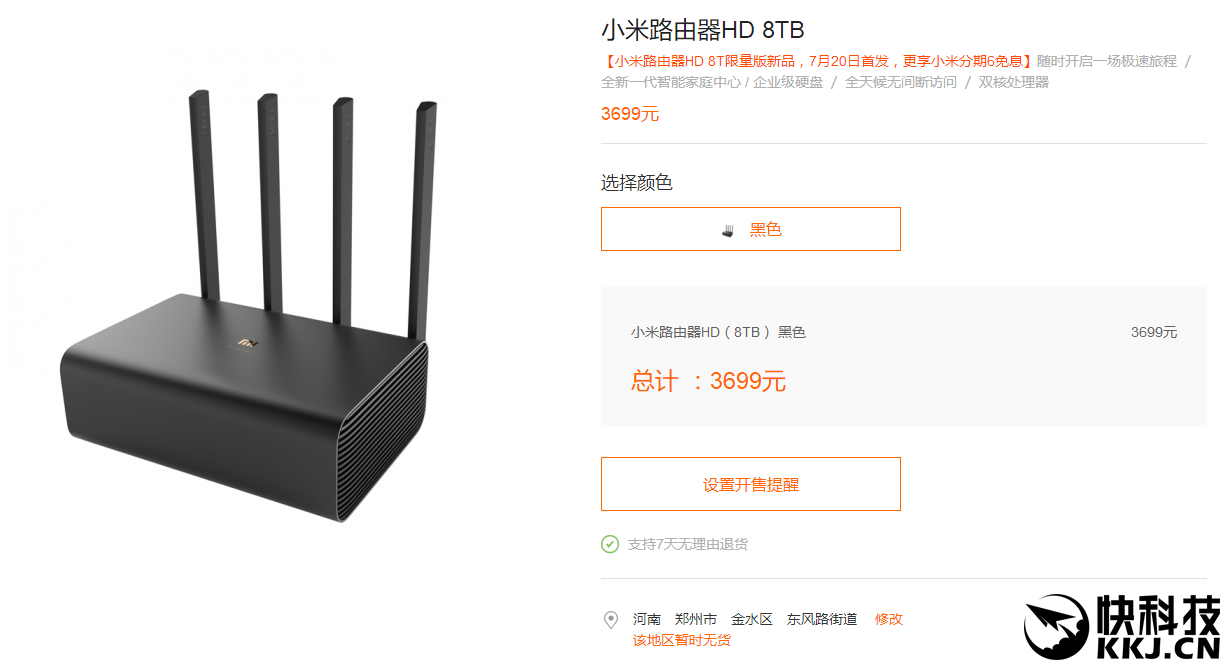 Xiaomi is known for its unleashing of the cheapest of products thus when we see a product with this price tag; we expect nothing less than the best hardware the world has presently. The Xiaomi HD router is equipped with Qualcomm IPQ8064 dual-core 1.4GHz processor + dual-core 733MHz network coprocessor. It sports an in-built 512MB DDR4 memory and 256MB SLC flash memory. It supports up to 800Mbps signal rate with 2.4GHz/5GHz 5GHz thereby providing four external double Frequency omnidirectional antenna. This built-in 8TB hard drive router delivers 24 hours downloading without interruption.