Xiaomi loves to experiment. This company also loves to give tribute to all those persons and phenomenon that have a historical value. Half a century ago, Elvis Presley was one of the brightest stars in the pop music world. That time, the phonographs were the most popular music player. Plus, this was the time when everyone was reading ‘The Little Prince.’ Xiaomi has combined all these wonders into an amazing product, namely the Xiaomi Elvis Presley Atomic Player B612. This is a great gift for all those who like retro but at the same time need something modern. Bluetooth speaker mixed with vinyl elements such as a vinyl record player, radio, etc. At the same time, the wilderness green coloring, which was unique in the last century, awaken hidden memories. At this moment, it is offered for $79.99.

The packaging of the Xiaomi Elvis Presley Atomic Player B612 carries the printing of the B612 planet that comes our way from the ‘Little Prince.’ When ‘taking off the hijab’, we can see the retro-style Bluetooth speaker. All design elements of this player do a certain function – the FM lever, the switch lever, the volume adjustment knob, the speaker with the shape of the vinyl disc and the indicator light.

The wilderness green that was widely used in home appliances such as refrigerators and freezers in the last century has also become the main color of the Xiaomi Elvis Presley Atomic Player B612. This is the unique taste of the era that we have never experienced before, and it is retro and nostalgic.

The whole body is made of metal. Also, a car paint process is added. The body is very delicate to the touch, and the metallic texture is cool. There is a USB 2.0 port on the left side. As you guess, it’s used for charging. The dimensions of the Xiaomi Elvis Presley Atomic Player B612 are 6mm x 47mm x 30mm, which is very close to the Apple Watch, and its weight is only about 130g. It can be easily held in the hand by three fingers.

The Xiaomi Elvis Presley Atomic Player B612 works with the app named Elvis Presley. It can be found in the major app stores, or you can go directly to the official website to download. There you can see the following content channels. This interface follows the old radio frequency modulation interface design. When you slide down, you can listen to the favorite content like you switched stations. You don’t have to pay much attention to retrieving tracks or songs. 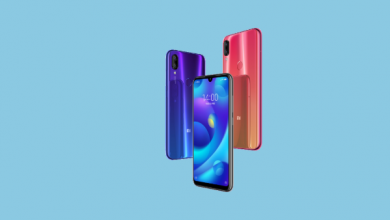