2017 was surely the most successful year for Xiaomi as the company made several new records regarding the smartphone sales. The company launched some great budget devices like Redmi 4, 4A, Note 4, 5, etc. Till now, Samsung was the number one smartphone manufacturer in India, but a recent report by Canalys has revealed that in the Q4 2017, Xiaomi beats Samsung to become the #1 smartphone maker in India.  Xiaomi’s shipped 8.4 Million devices in Q4 2017 whereas Samsung shipped 7.3 Million. 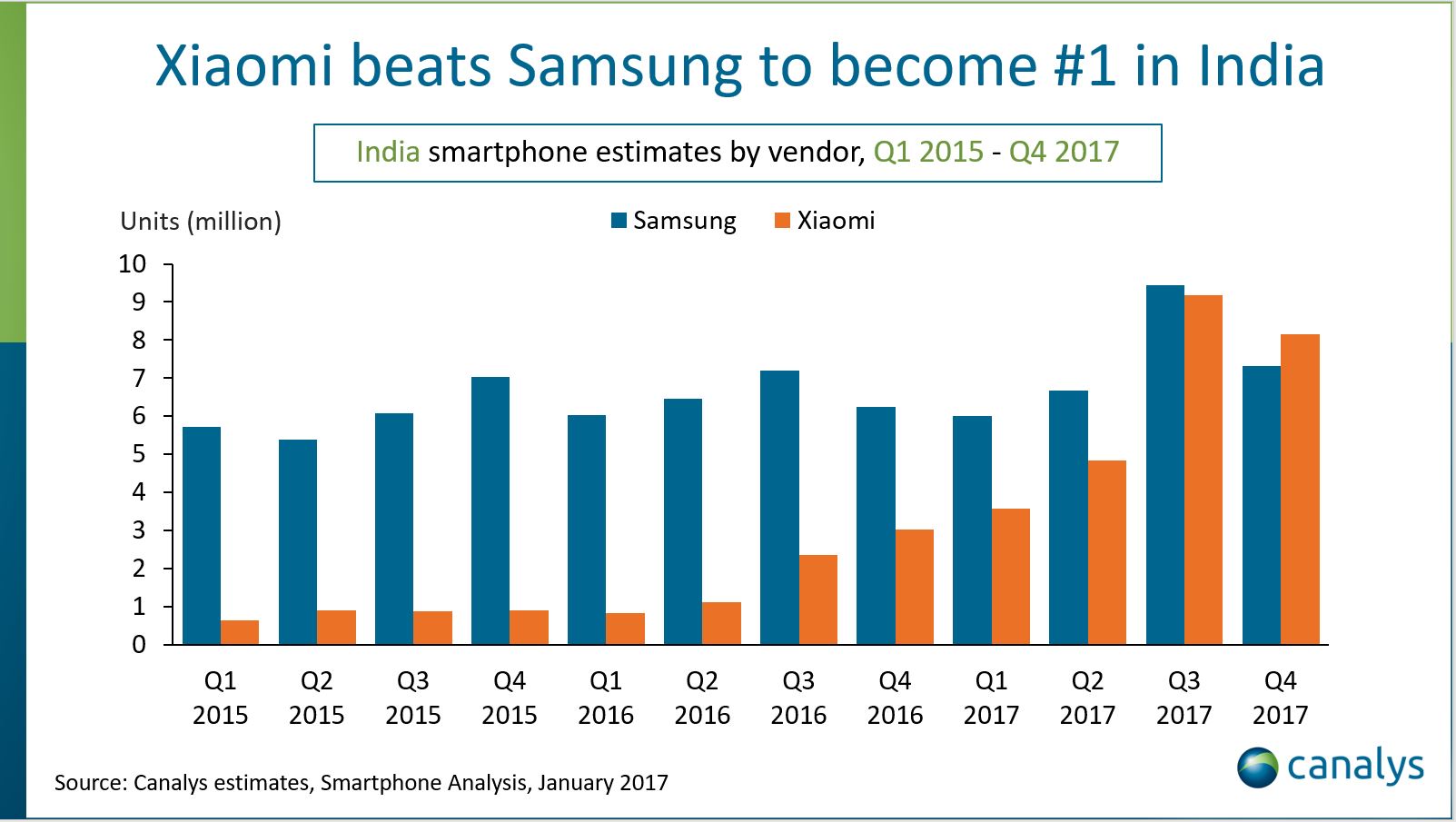 Xiaomi’s persistence has paid off. Its results are commendable, given it entered the market just three years ago. Multiple factors have contributed to Xiaomi’s growth, but the key reason for its current success lies in the autonomy that it granted its Indian unit, letting it run the business locally. Localization in channel strategy, marketing and products have been evident in Xiaomi’s Indian operations.

As per Rushabh Doshi, Analyst at Canalys –

Samsung’s loss comes from its inability to transform its low-cost product portfolio. It has been unable to win over cost-conscious consumers, losing market share in the sub-INR15,000 (US$240) segment to Xiaomi quarter after quarter. Despite its ability to offer better margins and funding to the offline channel, consumer demand for Samsung’s devices has been weak. But it has far superior R&D, and a better hold on the supply chain due to its strong components business. The power struggle between Xiaomi and Samsung will continue well into 2018, as Samsung revamps its low-cost portfolio and fights to take back the aspirational status it once held in minds of Indian consumers.

It is interesting to see that in India, Xiaomi (27%) and Samsung (25%) together rule over 50% of the whole smartphone market.  Samsung has surely learned a lesson from this since the company failed to provide good smartphones in the budget segment that could compete with the Xiaomi devices. Xiaomi is surely looking to capture more market in India and also expand itself in other markets in other countries. Congratulations Xiaomi for achieving this milestone.

Xiaomi renovate the Mi Notebook Air 13.3-inch with 8th generation Intel i5 and i7 processors

Xiaomi Redmi Note 5 To Go On Sale In Late February