The Xiaomi WEMAX ONE PRO Laser Projector is a real game-changer and that’s not an exaggeration, this is an incredible piece of kit. Offering unrivaled 1080P image quality and audio, it’s the very first of its kind in the world to offer so much for so little.

The Xiaomi WEMAX ONE PRO Laser Projector also comes with built-in technology that protects against eye fatigue, so don’t worry about being too close to the action. The quality of this projector is as you would come to expect from Xiaomi; sleek, stylish and sturdy. This a seriously well-made device and one that feels like it will last even more than the 25,000 hours Xiaomi guarantees it for.

The screen size goes all the way up to 150 inches, which is impressive in even the biggest of living rooms. Couple that with the top-end DOLBY speaker system, that comes built into the projector and you’ll be experiencing your movies exactly the way the director and producers intended you to do so: in pristine blow-your-face-off quality.

The Xiaomi projectorXiaomi WEMAX ONE PRO Laser Projector features ALPD 3 lasers, which are responsible for its “ultra-short-throw” capabilities. The lasers also deliver gorgeous color reproduction, 3000:1 native contrast, and up to 7000 lumens source brightness.

The system can run on Android 6.0 and higher, allowing you to cast videos directly from your phone or tablet to the projector. This works well, It’s quick and intuitive and pushes them up to 150 inches in a fraction of a second, with DOLBY audio to boot. Those grumpy cat videos the world has on repeat have never looked or sounded so good.

The Xiaomi WEMAX ONE PRO Laser Projector supports Bluetooth V4.0 and dual-band WIFI, 2.4GHz + 5GHz, so whatever device or network you’re using, you’re sure to be in sync with your projector. What really sets this thing apart from its competitors is it’s connection ports.

The Xiaomi WEMAX ONE PRO Laser Projector is a bold, high-tech, powerful and user-friendly machine from Xiaomi. A company that just keeps getting better at this stuff, innovating with each and every attempt.

If you’re looking to bring that true cinema experience into your living room for a price that is much more affordable than it should be, then the Xiaomi has to be one of the very best options on the market today. Xiaomi WEMAX ONE PRO Laser Projector is Now Avaialble on Gearbest For Just $1739.99 on Sale, Click the following button For order now: 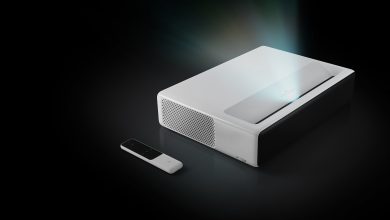