With the drastic evolution in the smartphones category, tablets have been growing sluggishly. Even with the latest Samsung Galaxy Tab 10.1, we have witnessed mediocre hardware including the 2GB RAM and 32GB storage. However, what if we can get much better hardware, design and most of all, the display, at an affordable price. The latest tablet from the Chinese manufacturer ‘VOYO’ has all it takes to beat Samsung Galaxy Tab’s lineup. The new VOYO I8 can easily compete with the latest tablets and smartphones of 2019 for a stupendous price of $159.99.

Voyo I8 occupies a space of 238 x 167 x 8.5mm. It’s surprising to see a 10-inch tablet being only 8.5mm thick. In fact, it’s the thinnest 10-inch Chinese tablet under $200. Regardless of the thickness, the tablet does weigh
485g which is much lighter than most of the 10-incher, especially concerning the metal built. The tablet is forged from aluminum alloy and has a great silky touch added to the surface. Visually the metal glitters in the eye giving it a nice visual experience.

Another selling point of the tablet is its glorious 9.7-inch 2K IPS display. IPS displays have a great viewing angle and this one is no exception because of the 178-degrees wide angle view. The colors are bright, the text is vivid and most importantly the display is much comparable to the AMOLED ones from Samsung.

Moving to the hardware, under the $200 you might commonly observe the 2GB+16GB or 3GB+32GB RAM and ROM combination. Even Samsung Galaxy Tab 10.1 has a 2GB+32GB combination, however, that’s not the case with VOYO I8. This tablet features 2x the configuration of TAB 10.1 (2019) incorporating 4GB RAM and 64GB ROM. Moreover, the storage is expandable up to 128GB with the MicroSD card option available. While the rest of the budget-friendly Chinese tablet features MediaTek Helio X20 or X23, VOYO I8 is first of it’s kind to run on MediaTek Helio X27, a Deca-core with a frequency of 2.6GHz. Finally, say no to lags while playing PUBG Mobile or Asphalt 9 on the tablet because of Mali-T880 GPU running at Turbo speed of 875MHz. The tablet is powered by a 6000mAh battery enough to last a day on average use.

Concerning the connectivity aspect, we have divided it into two categories: wired and wireless. In the wired category, we have the Micro-USB port,
3.5mm earphone port, a MicroSD slot, and two Micro SIM slots. The tablet supports 4G network which is not just limited to China but supports Global bands and frequencies as well. The reception is surprisingly great in comparison to the most tablets.

In the wireless section, we have the Dual Band 2.4G/5GHz WiFi along with Bluetooth 4.0. The only thing missing here is the GPS support and fingerprint reader. But that’s okay looking at the price tag.

The 8MP rear and the 3MP cameras have significantly improved concerning the previous tablet from VOYO. Though the improvement is not that drastic in comparison to smartphones camera performance, it’s still appreciable as the features such as AF and lightening effects have improved along with wide angle added to the picture as well.

Last but not least, while the Mi Pad lineup from Xiaomi is stuck old Android OS, VOYO I8 Tablet boasts itself with the stock Android 8.0 OS. Since it’s stock, there are only Google apps and no other Chinese apps.

Considering the price tag, VOYO I8 is a decent tablet with a nice metal built, stunning 2K display, nice performance, 4G Global support, and enough battery power. In comparison to the Mi Pad lineup, it has the updated Android 8.0 OS. In comparison to the Galaxy Tab 10.1 (2019), it has better hardware configuration as well as the price. That’s why VOYO I8 is our pick of best 10-inch Chinese tablets under the price tag $200. Let’s see if it retains the position.

Buy VOYO I8 from here.

All Versions Of Xiaomi Mi Pad 4 Lands Gearbest Starting From $219.99 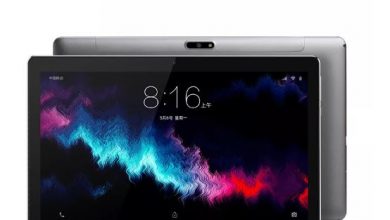 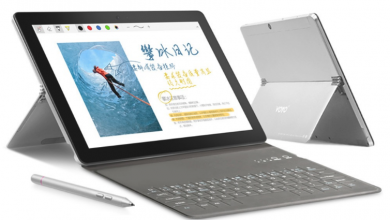 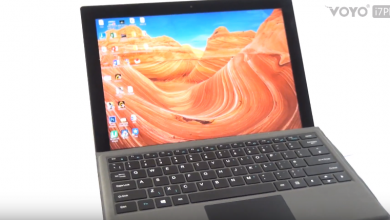