Xiaomi constantly seeks to bring to the market new smartphones that overcome the barrier of time, which is why they have launched many lines of devices throughout their lives, one of the most important and known of this company is Redmi. Today, it has been observed some alleged variants of the future Xiaomi Redmi 7 in the 3C certification authority of China. The codes with which they appear are M1901F7E, M1901F7T, and M1901F7C. It is speculated that it is said terminal because these phones come with a 5V/2A charge.

Information on possible variants of the Xiaomi Redmi 7

Going into details, China’s 3C certification is used to determine the charging rate of phones, and because these 3 mysterious models come with a charge of 10 watts it is speculated that they could be Xiaomi Smartphones. Last month two smartphones with the M1901F9T and M1901F9E codes were approved by the 3C, these models also supported 10W charges and were Xiaomi phones. Because the company has not yet launched the Redmi Note 6 Pro in China, it is believed that the M1901F9T and M1901F9E models would be variants of this device, this because the retail package features a 10W charger for this mobile, however, this phone support Quick Charge of 18W. 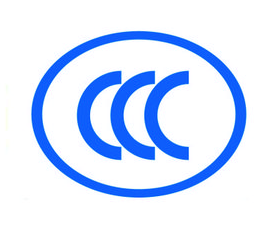 Another thing that is speculated is that the models M1901F7E, M1901F7T and M1901F7C that are the newly discovered will be released after the Redmi Note 6, so it is believed that they could be Smartphones like the Redmi 7 and Redmi 7 Pro. This year’s mobiles started with M18, and these new models start with M19, suggesting that they are terminals that will be released next year, therefore, the Redmi 6 and Redmi 7 series will stand out at the beginning of 2019.

Xiaomi restructure the company, placing Wang Chuan as leader of the Chinese division