We decided to make a detailed review of this extraordinary mobile device, which by the New Year holidays has greatly reduced in price. As a result, UMIDIGI A3 Pro looked very attractive for those who appreciate the optimal price-quality ratio in the product, and according to this parameter, UMIDIGI products are one of the finest.

Key Features of UMIDIGI A3 Pro 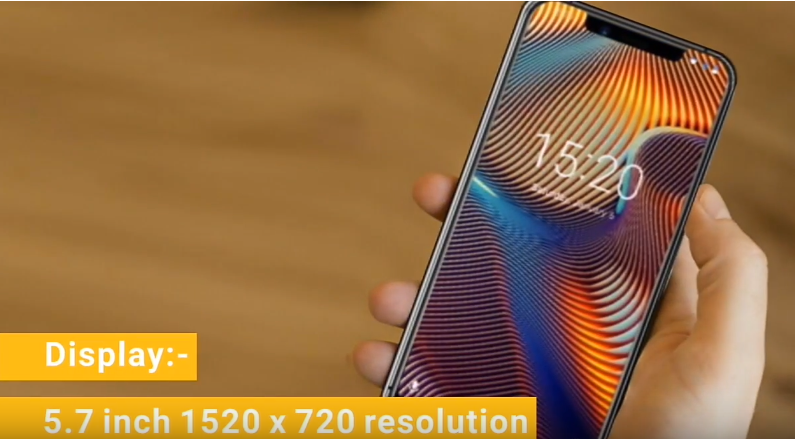 Design of the UMIDIGI A3 Pro

The updated UMIDIGI A3 Pro looks much better than the past UMIDIGI smartphones. Instead of a screen with a standard ratio, we see a display with sides of 18: 9 and a minimalistic frame. Modern design allows the A3 Pro not to yield to other frameless smartphones on Android OS – Samsung Galaxy S8, Huawei Mate 10 Pro and LG V30.

The UMIDIGI A3 Pro had a 6.01-inch screen. At the same time, the dimensions have not changed much, and a small difference in weight is not felt in practice either. The body is curved at the sides and very smooth to the touch. A comfortable and ergonomic rear panel improves grip, although the smartphone is a little uncomfortable to hold in hands because of sharp edges on the sides. In addition, UMIDIGI A3 Pro is quite slippery and can slip out – that’s why it has to be strongly compressed. Both problems will solve a good silicone case. 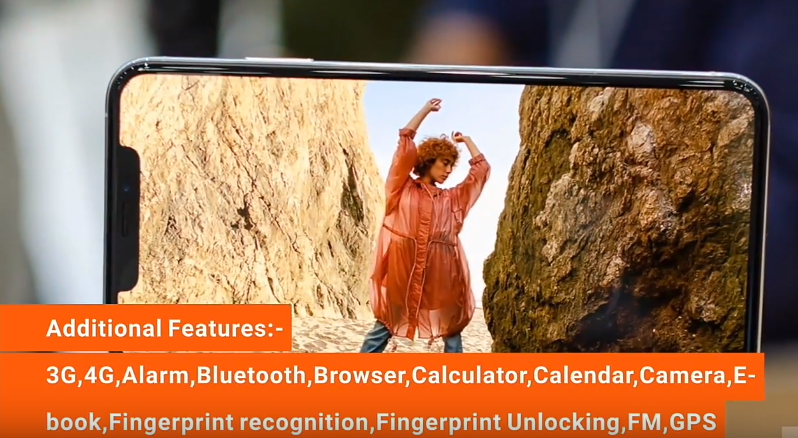 Due to the reduction of the frame from below, for capacitive keys and the Home button with the built-in fingerprint scanner, there is no space left. The fingerprint scanner on the back is almost standard for Android smartphones, which LG, Samsung, Google, and other manufacturers have already adopted. The sensor on the A3 Pro is also conveniently located and quite quickly recognizes the owner.

After changing the design, the new UMIDIGI became less like an iPhone. A minimalistic approach is visible in everything, even in a simple company logo, from behind. Although the camera module protrudes too far from the case, and the fingerprint scanner, on the contrary, merges with the surface. However, these are minor problems.

Design UMIDIGI A3 Pro received a neat and attractive, but at the same time completely devoid of that touch of personality that was present in the first models of UMIDIGI – those most legendary “killers of flagships.” Now it is the most common Chinese tablet with the most typical design, which at the same time resembles the Xiaomi, Huawei, and iPhone, and in the hand lies like Oppo F5.

The entire front panel is covered with a 2,5D-glass Gorilla Glass 5 with strongly curved edges, and the sidewalls are so heavily narrowed that they are practically sharpened. Due to this, the device has a very small surface area of contact with the palm, it does not hold well in the hand, always tries to turn around in the fingers and fall out of the hands. It would be better to leave the sides wider and flat. 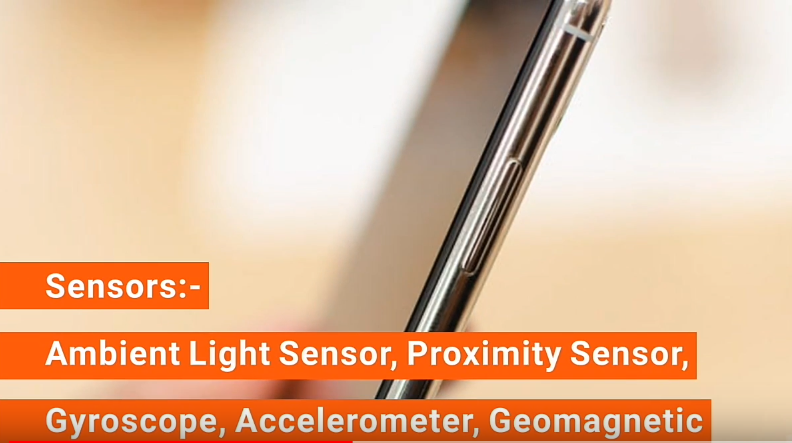 There are no complaints about the assembly and quality of materials, but because of the smooth matte surfaces, the device is rather slippery, and even on the metal, all fingerprints are visible. The smartphone is not too light, while large, wide and very thin at the edges. To save the situation can a complete cover, and if you buy a branded one, with a rough surface resembling the texture of the case of the first smartphones UMIDIGI, then everything will turn out very well.

The LED event indicator is in its place, on the top of the thin frame around the screen. The display itself, by the way, has rounded edges in the latest fashion,

Because of the reduced frame, the space under the screen for the hardware buttons is not there, the control buttons here are moved to the screen. It is worth noting that the button bar disappears, it appears, it is transparent, then black, then gray, and sometimes white. In general, somehow this element of the interface tires the look, it was possible to make everything neater. 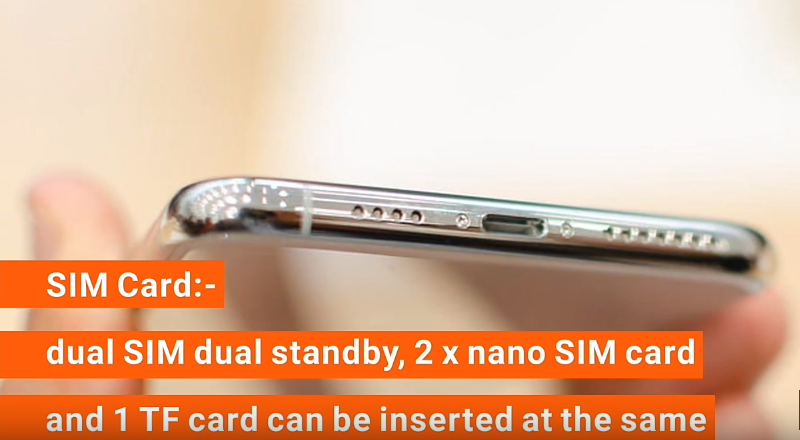 The fingerprint reader is located on the back of the case, it is positioned so that it is convenient to place the index finger with the standard grip.

Manufacturers have long switched to the option of placing both keys on the same sidewall, but recently we saw several smartphones at the same time, the creators of which are trying for some reason to return not the best past.

Features of A3 Pro

On one of the sides, there is a convenient mechanical switch of sound modes familiar to us from previous models of UMIDIGI. As a result, you can, like the iPhone, instantly turn off the sound without having to wake up the screen and get into the settings.

The card slot is not a hybrid, it can only install two Nano SIM SIM cards, and it is not designed for a microSD card. Hot-swappable cards are supported. Gaskets around the lid of the pallet for cards there, the smartphone has not received protection from water and dust, and this our “killer” is markedly different from all the modern flagships, which are called to kill, because they almost all have such protection.

The upper end is empty, and the USB Type-C connector, the main loudspeaker, and the 3.5 mm audio output to the headphones are output to the bottom. There is also a small hole for a spoken microphone.

Following many leading manufacturers, UMIDIGI switched to a screen aspect ratio of 18: 9. The UMIDIGI A3 Pro display is as great as the Full Optic AMOLED panel, as on the previous model. However, the resolution was increased to Full HD + (1512×720).

All colors look clear and beautiful, black – here is especially deep. Due to the high level of brightness, the image remains legible even under direct sunlight. The advantage of the “extended” display over the standard 16: 9 – it puts more information on it. This is especially pleasing in social networks and on web pages with a significant amount of text when reading in portrait format. In landscape view, you can deploy YouTube videos to full screen, but not all videos support the aspect ratio of 18: 9. Part of the content on some video services is already available for viewing in this format, they even promise to add more in the future.

Due to limited support for the 18: 9 format, it’s hard to read a screen with this aspect ratio better or worse than the standard one. The difference between the AMOLED panel on UMIDIGI A3 Pro and UMIDIGI A3 Pro is almost imperceptible. And the navigation keys Android on the new phone can be hidden to enjoy a large display with wide viewing angles. In Reading Mode, the color temperature and other settings change according to the ambient light to improve reading conditions. Sunlight Display automatically reduces sun glare.

Like its predecessor, the UMIDIGI A3 Pro boasts a dual camera with 16-megapixel and 20-megapixel sensors. But, instead of a telephoto lens, a standard lens with an aperture of f / 1.7 is installed here. Without a telephoto lens, optical zoom becomes unavailable, although there is a 2x digital zoom instead.

For shooting at night, the A3 Pro fits much less than the Huawei Mate 10 Pro – even the aperture f / 1.7 does not help to achieve high quality. The camera has relatively few modes – Time-lapse and Slow Motion, as well as Pro Mode, Portrait Mode, and Panorama Mode. 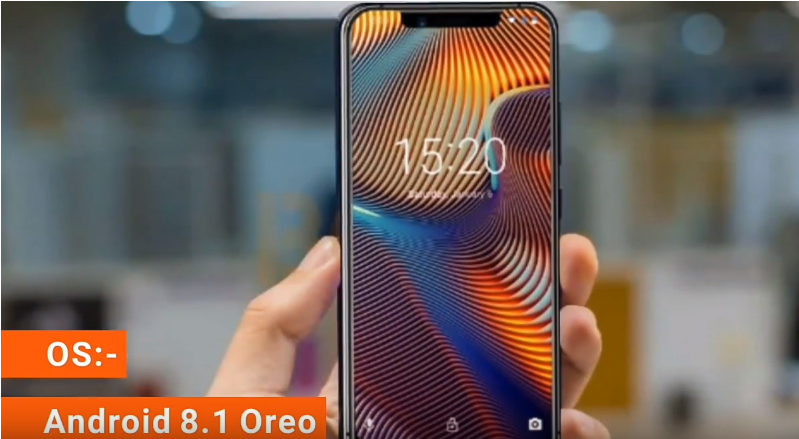 The camera application works very simply by swiping your finger left or right across the viewfinder screen to access the video mode or Portrait Mode. An interesting feature of UMIDIGI A3 Pro– to take a picture on the back or front camera, you can press and hold the fingerprint scanner.

The 13-megapixel camera does not have a portrait mode, but in general, the pictures look good. His only portrait mode is Beauty Mode.

The appearance of the operating system is almost the same as what I saw with UMIDIGI A3 Pro. The same Android 8.1 OS user interface is installed on top of the Android 7.1.1 OS. Afflicted by the fact that until now there was no transition to the latest version of Android 8.0 Oreo. Although the manufacturer promises to update in the first quarter of 2018, some smartphones already have the most modern OS. A lot of parameters are regulated here – this allows each user to customize the system to their liking. 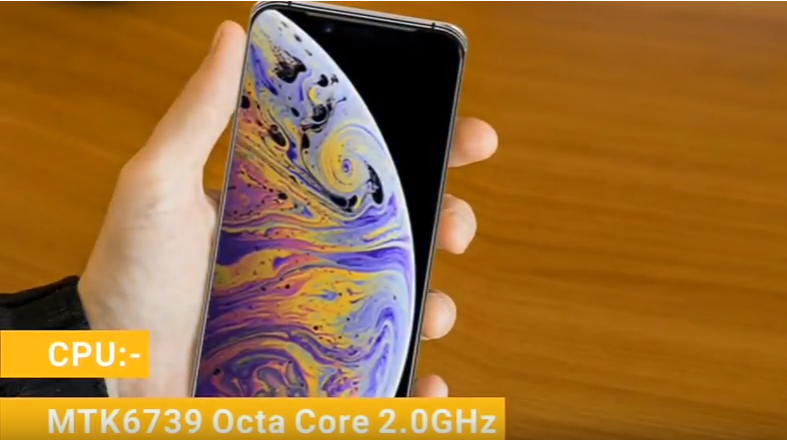 The UMIDIGI A3 Pro has the feature of unlocking the smartphone in the face. In the dark, it works worse than the iPhone X, and the angles under which it can do it are not so great. But the speed of unlocking the screen – just lightning fast in normal mode. It should be understood that the UMIDIGI A3 Pro unlocking on the face is superficial: it is not safe, so you cannot use this method for shopping on the Internet or for autocomplete login and password in other applications, as, for example, does the iPhone X.

The UMIDIGI A3 Pro battery with a capacity of 3300 mAh supports the proprietary Dash Charge technology, which allows you to charge your smartphone 60% for 30 minutes and 100% for 90 minutes. This is a very useful feature – 60 percent of the charge is enough for a whole day of work. 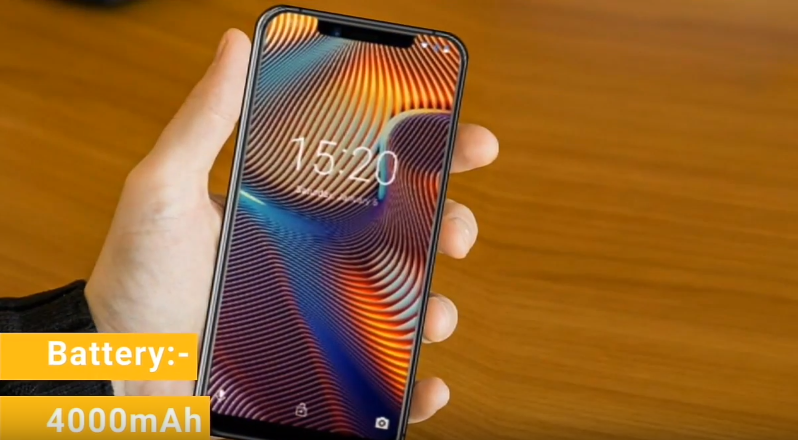 After spending only 1.5 hours, you cannot think about charging for 1.5 days. If you disable the gadget at night, it will last at least two days.

The speed of the graphics accelerator and processor in games directly depends on the optimization of games on Android in general. I played in Guns of Boom, in Asphalt 8 and in the new Lineage 2. If you do not compare with the iPhone X, it seems that all type-top and fast. But if, after that, you take the iPhone X and run the same games, then you realize that in the struggle for the speed of your reaction, Apple won. But so only in heavy games and applications, the speed of the system from the UMIDIGI A3 Pro is phenomenal, and Apple c iOS is far from such indicators.

About the time of Charging

Nothing has changed compared to the UMIDIGI A3 Pro, even though the screen has become larger. UMIDIGI A3 Pro is a living creature, the 3300 mAh battery squeezes out all the juices, and the smartphone I pulled almost 6 hours of screen work. But the question is not even in the time of work, but in the charging speed – UMIDIGI A3 Pro charges from Discharge indecently fast.

15 minutes of charging is:

Before the full charge, the UMIDIGI A3 Pro is charged in 1 hour 10 minutes, the iPhone X is charged up to 100% in 1 hour 55 minutes, Note 8 has completed charging before the iPhone, for 1 hour 40 minutes.

IQI I6 SMART WATCH REVIEW: Smartwatch with All basic feature 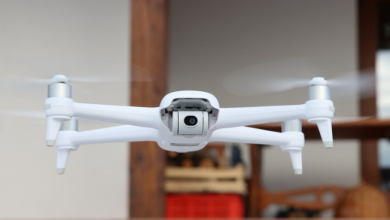