https://www.youtube.com/watch?v=040yArkGOUQ
With the release of the new MTK6755 Helio P10 processor, MTK6753 phones suddenly became less appealing and have had prices (for these phones) slashed. However, Vernee was the very first company to take advantage of this by releasing an extremely cheap phone with this very processor. It was received well and did not sell badly, and other companies have since followed suit. With the introduction of the Ulefone Metal, Ulefone is vying for a place in this area. The Ulefone Metal carries what would have been flagship level specs 8 months ago at 5USD. There is the obligatory MTK6753 processor, 3GB of RAM, and timelapse recording. As the namesake suggests, the Ulefone Metal has a metal unibody that does make this phone premium. Even though it costs about more than the Vernee Thor, it does have a slight edge over the Thor with a metal build quality and a slightly bigger battery. Does the Ulefone Metal have that extra something to edge past the Vernee Thor as the premier midrange phone or will Ulefone fall behind? 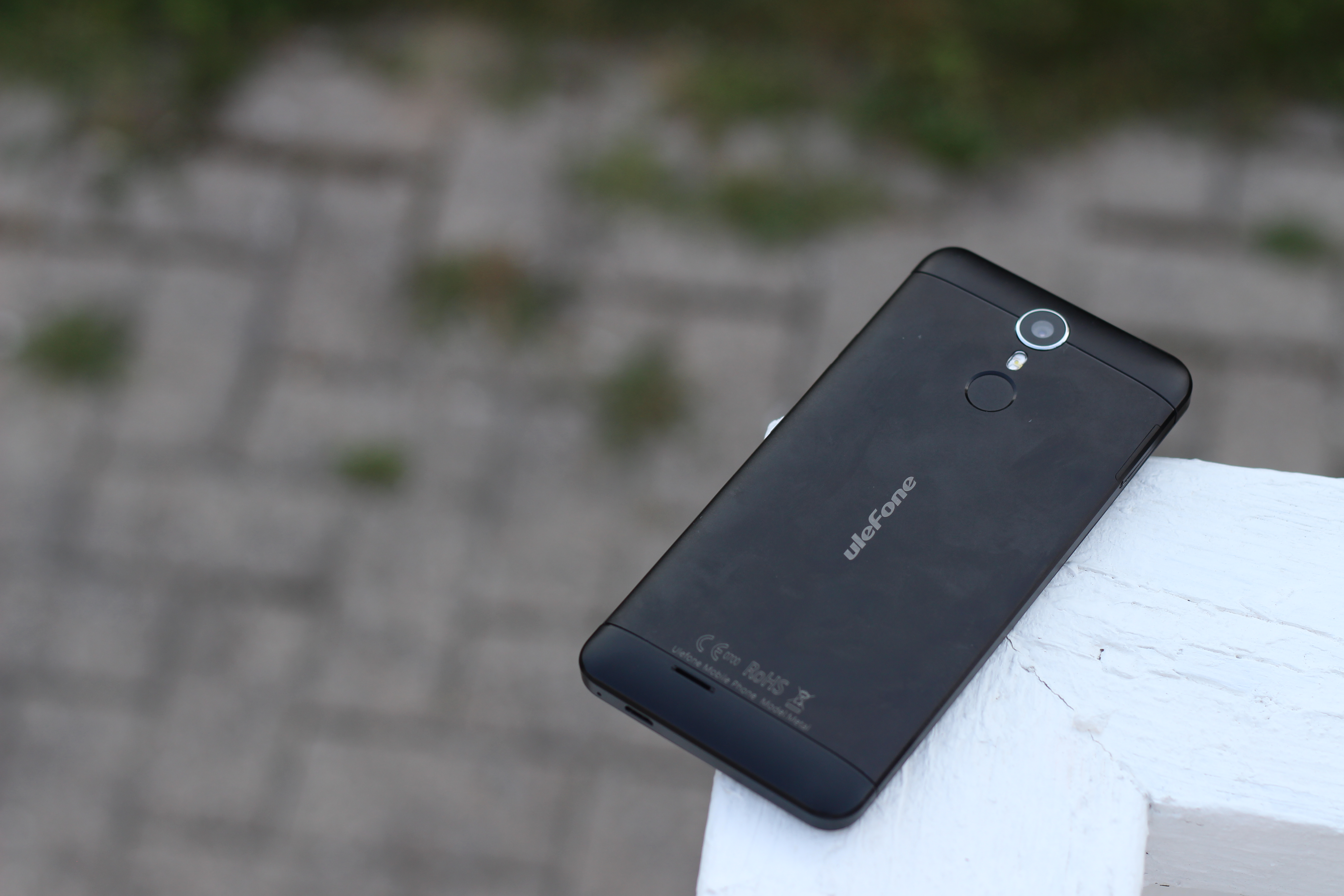 As the name suggests, the Ulefone Metal is made out of metal. More specifically, The phone is created out of a magnesium/aluminum combination that is subsequently CnCed and then sandblasted to create the polished yet pleasantly rough metal texture. Ulefone has been advertising how easy it is to use with one hand and how thin it feels, and for the most part they aren’t lying. 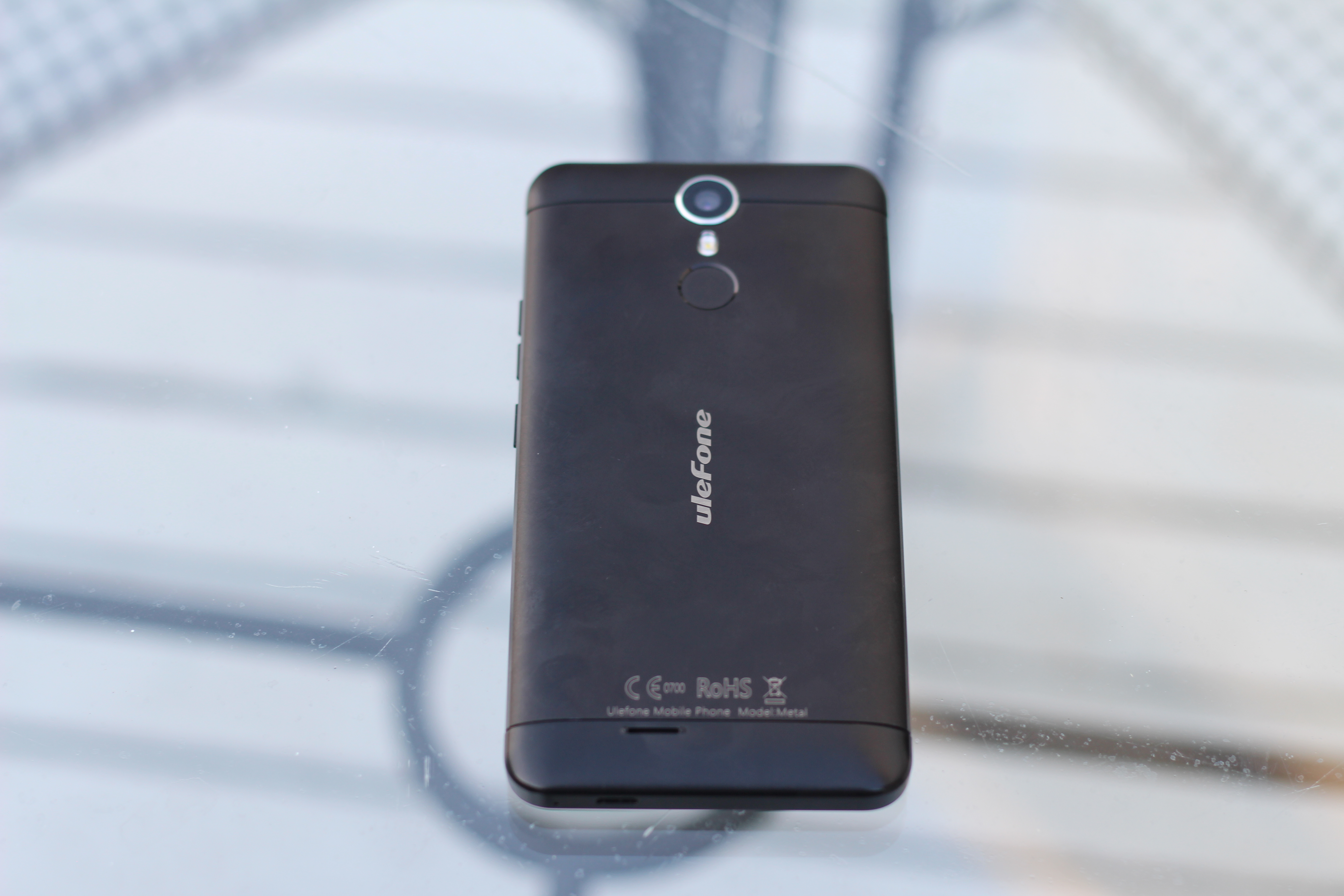 This phone is extremely ergonomic. The curves seem almost contoured to my palm and hides the 9.35mm bulk of the phone. In fact, it feels thinner than my current daily driver, the Xiaomi Redmi 3 which is almost a full millimeter thinner than this device. Couple the ease of use with the metal unibody and this immediately becomes a great user experience. Metal unibodies have typically been exclusive to high end devices, but that has changed in the blink of an eye. If a $100 phone can have a metal unibody, flagships, no even midrange devices have no excuse either. The front of the phone is Spartan, with the usual input/output devices at the top (minus a notification light), healthy but not overly large bezels, and capacitive buttons that lack backlighting. The glass curves slightly to meet the body of the phone. 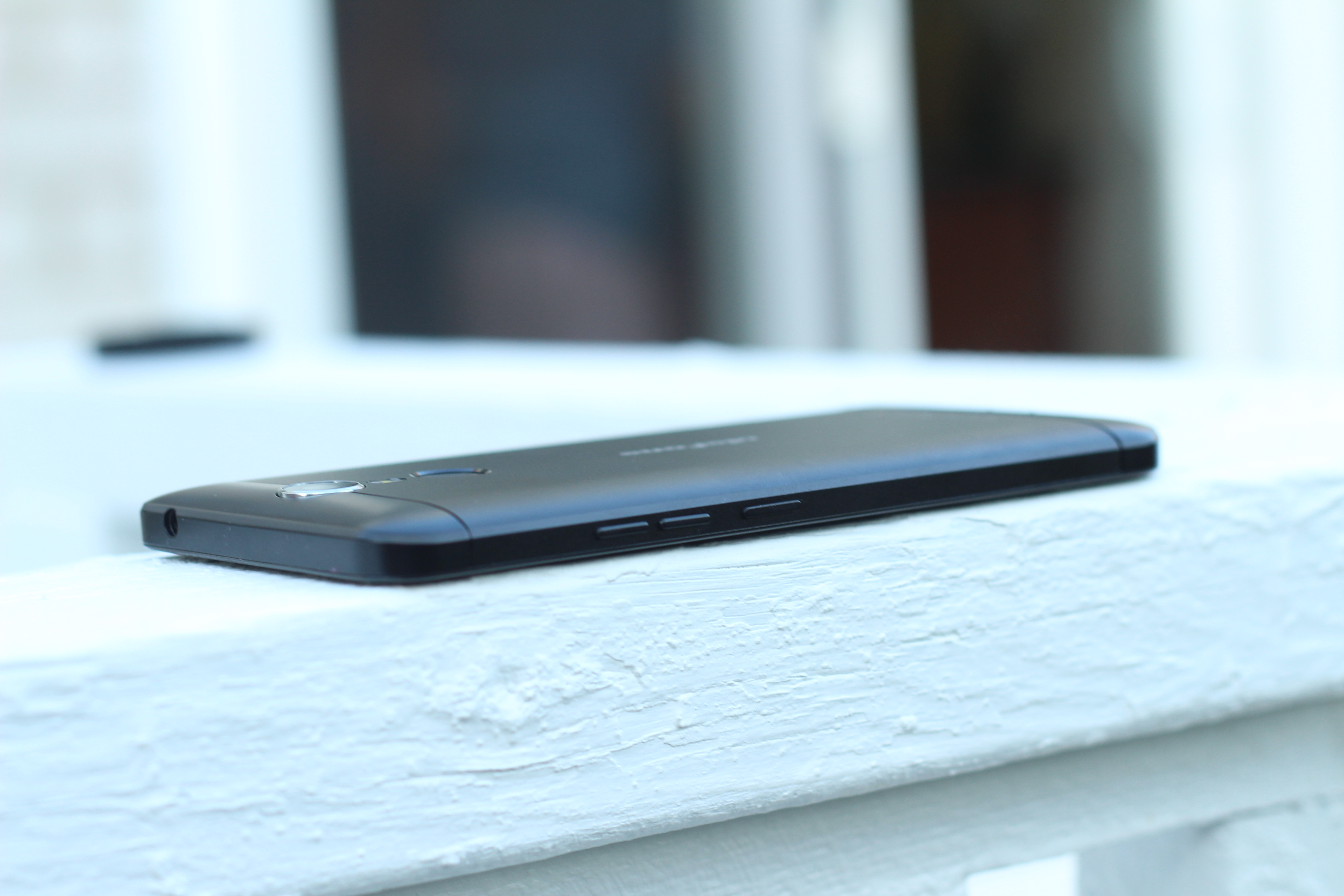 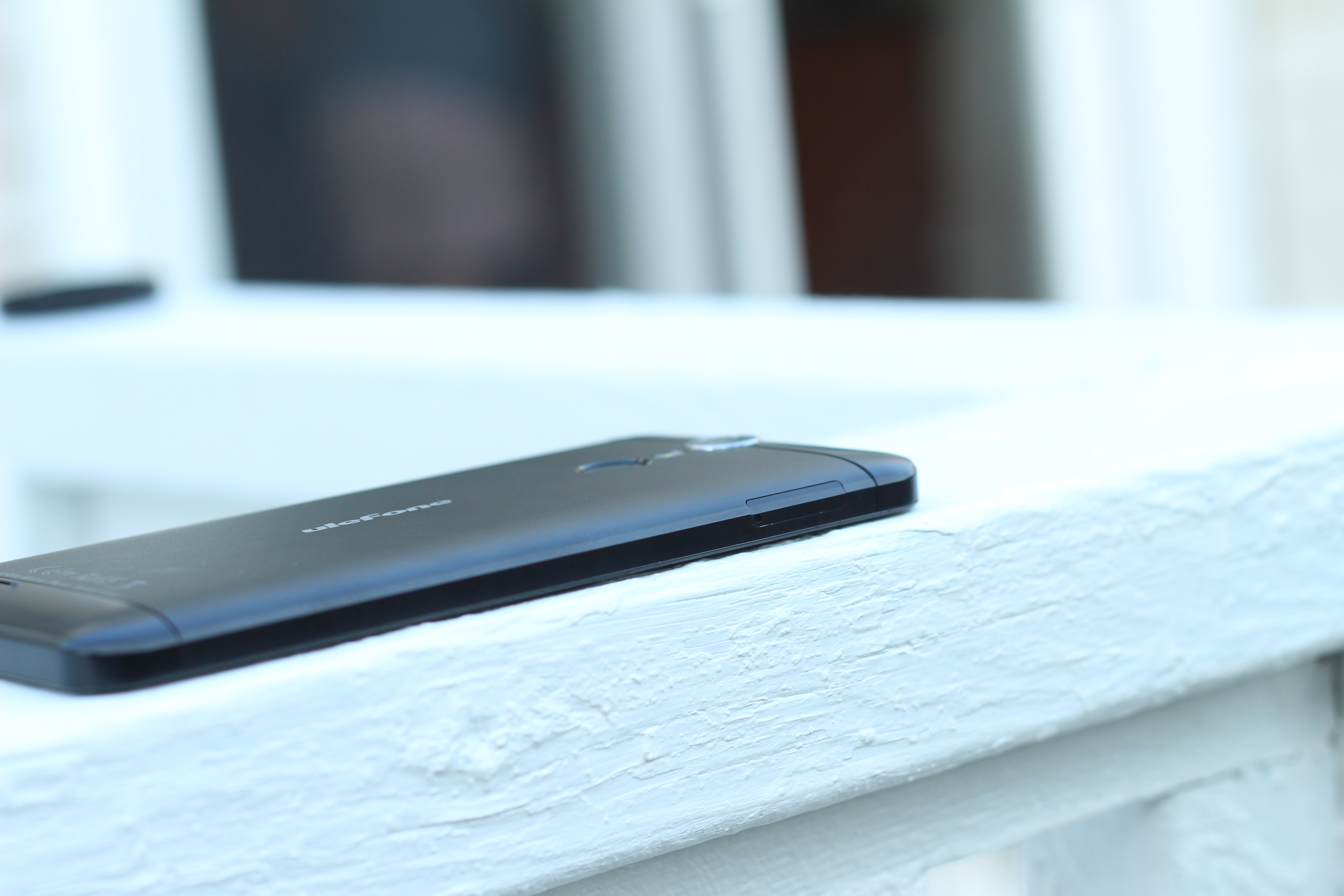 The power button has a different texture than the volume buttons, (we don’t find volume rockers here) and allows you to differentiate which button is which based on feel alone. However, I’m not sure why Ulefone did not just use a volume rocker as it would be just as easy to differentiate between both. On the other side you find the SIM tray that can has two slots for a combination of a MicroSIM, NanoSIM, and MicroSD card slot.

The camera module sticks out from the back ever so slightly due to the curvature of the back and the recessed fingerprint sensor allows you to locate it by feel. It is noteworthy that the top and bottom of the back are plastic, most likely to prevent any cell signal from being hampered by the metal unibody. There are also two lines running across the back of the Ulefone metal, antenna lines to aid with reception. The Ulefone Metal bears a passing resemblance to the HTC One M9 but at the same time bears a Ulefone-esque character that would allow most Chinese phone enthusiasts to immediately identify this as a Ulefone device. The metal unibody belies its extremely low price, and is very well made. My only knock on this device would be the lack of a notification light, but that’s a small issue. 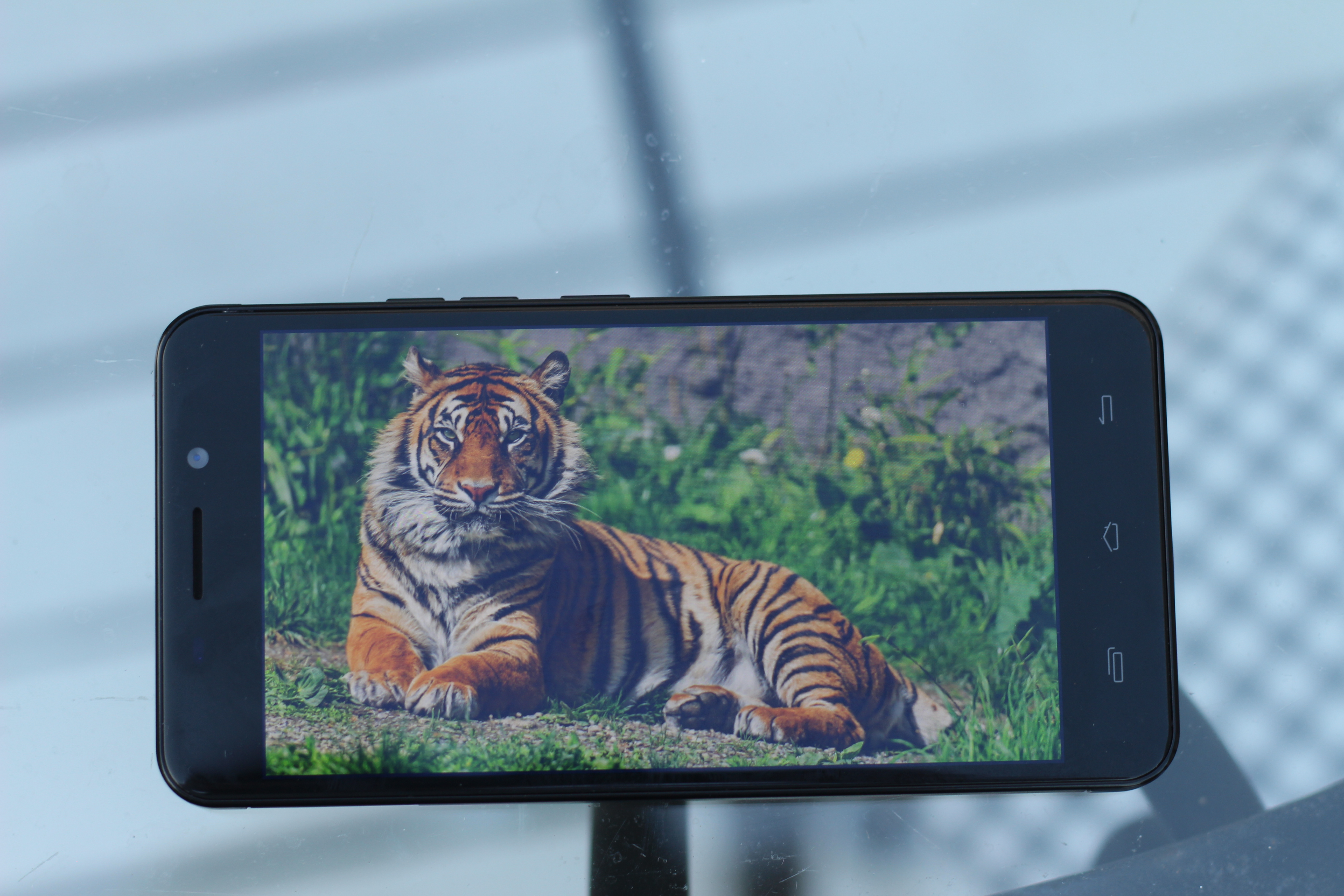 The 5” On-cell display is protected by Gorilla Glass 3 and has a 720p resolution. The display is manufactured by Sharp, and colour reproduction isn’t bad and saturation is quite satisfactory. You can play around with the colour temperature of your screen with the built in software as well. Maximum brightness tops out at 450 lux and is relatively easy to use in sunlight as there are fewer reflections with the on-cell display. The screen is protected by Gorilla Glass 3 and is resistant to scratches. You get a nice tempered glass protector in the box as well. The worst part of this display (and the entire phone) is the touch sensitivity. Let me preface this by qualifying that the sensitivity is not bad, it’s just not great. Sensitivity does not match up to the Vernee Thor or the Xiaomi Redmi 3 as I found myself tapping something and then finding I have to tap it again. While the screen itself looks very decent and is relatively easy to use in sunlight, the touch sensitivity is easily the worst part of this device. 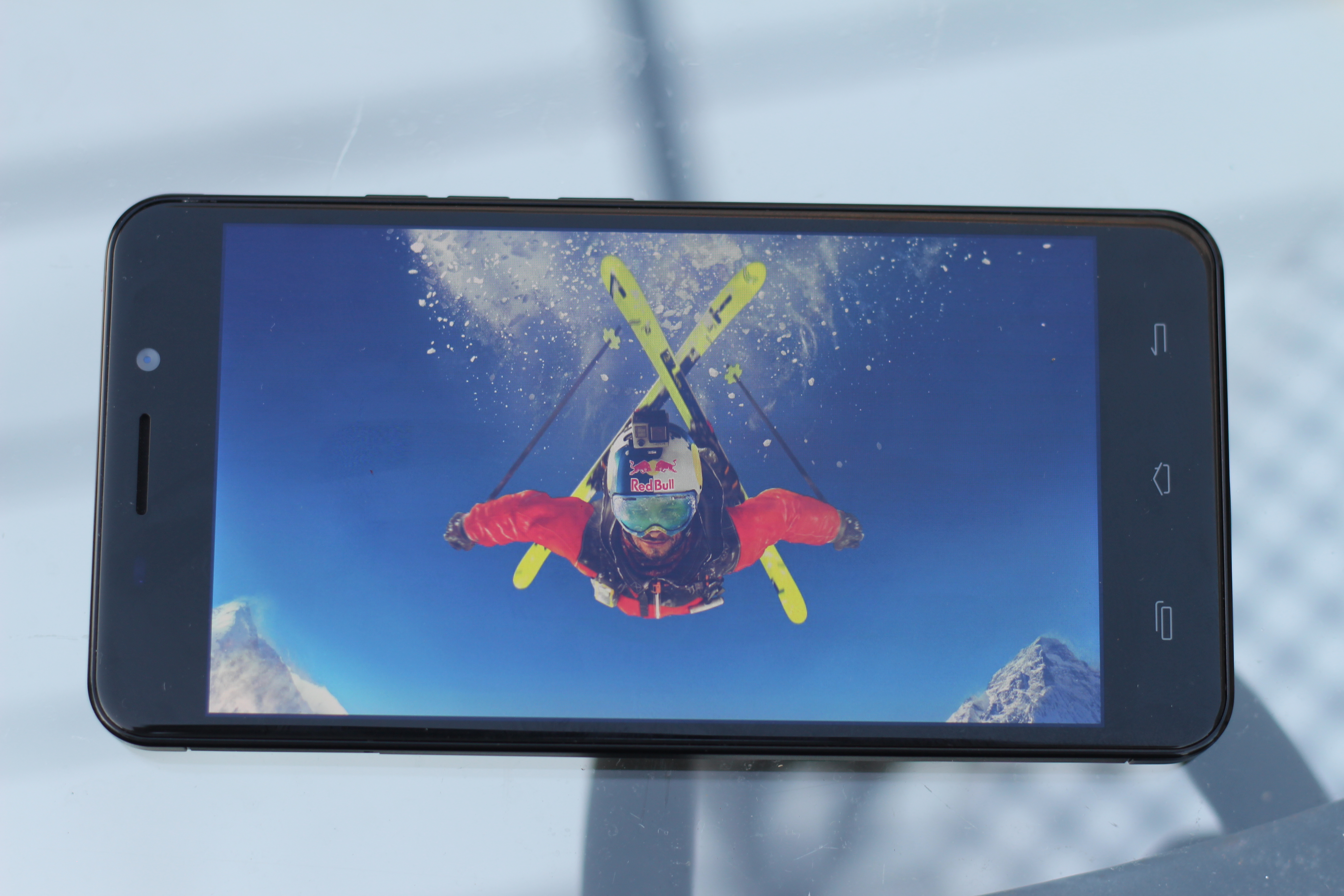 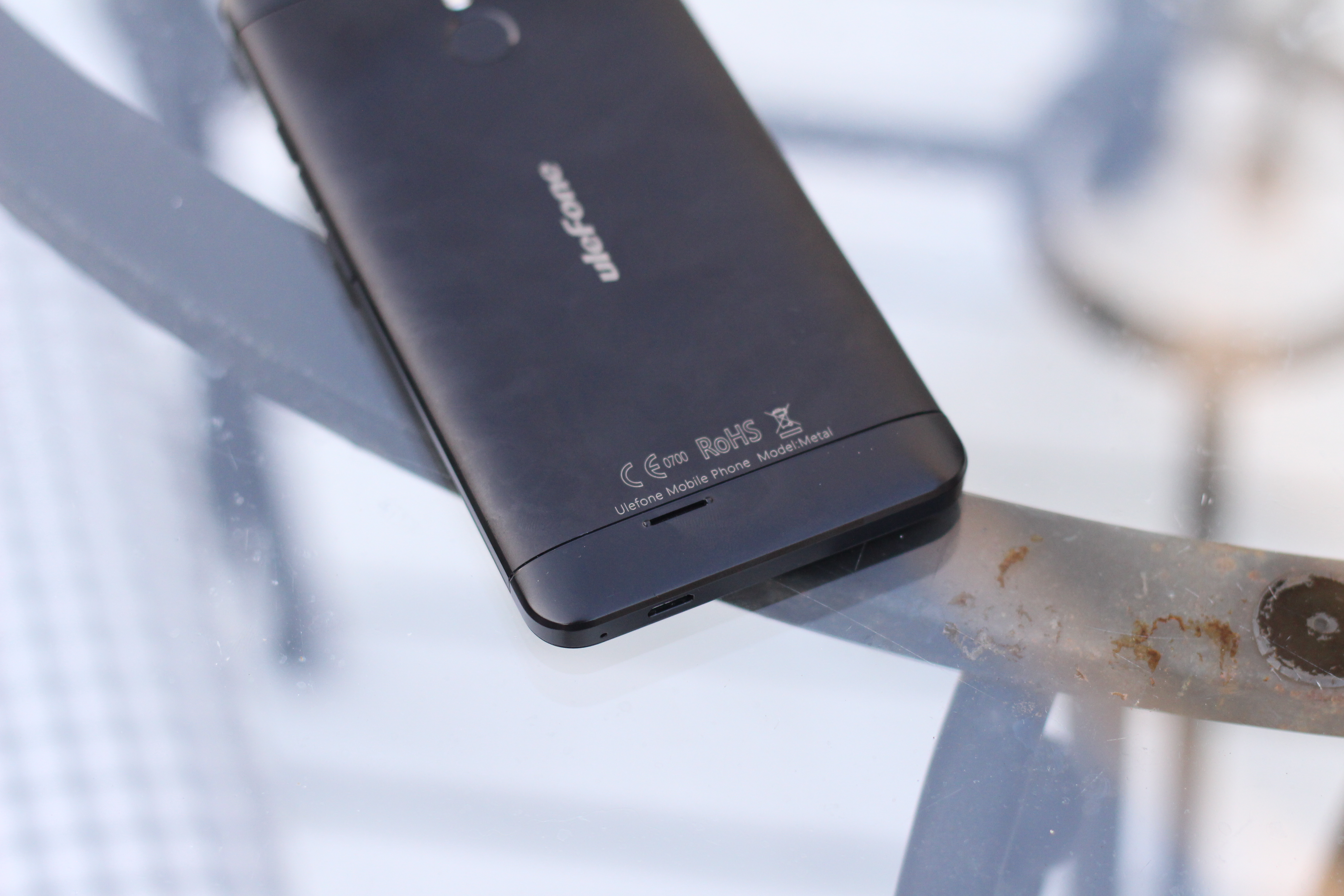 The rear firing speaker is a teensy bit below average when it comes to audio quality. Bass is obviously absent and mids and highs are a bit airy for my tastes. However, it does get moderately loud, coming quite close to the volume my Redmi 3 outputs.

I did two tests, first I reloaded a webpage every 10 seconds and the phone died after 8 hours and 35 minutes. Then I looped a video until it died and it lasted for 9 hours and 40 minutes. Those are slightly better results than the Vernee Thor and very decent as well. I ran the obligatory Pokémon Go battery test as well and the phone was able to play that game continuously for 4 hours and 20 minutes and surprised me.

I was able to get a regular 4 hours of screen on time daily that consisted of news, podcasts, maps, and gaming that did not include Pokémon Go. I would end the day with around 10% battery left. Charging takes surprisingly long, about 3 hours from 0-100%, and the phone gets hot during charging. Light, medium and heavy users will be able to make it through a day without issue, with heavy users needing to plug it in occasionally for the extra boost. 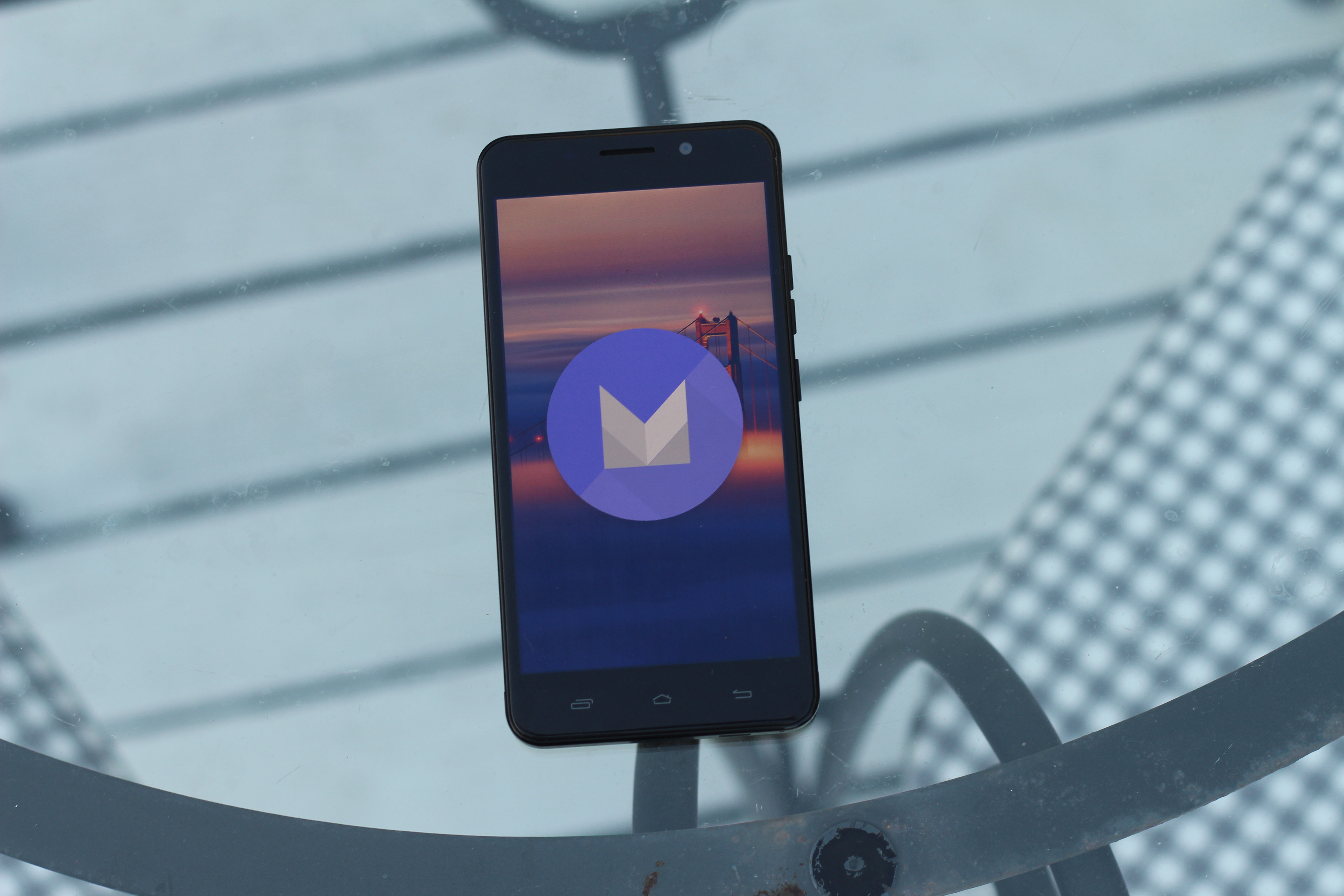 Android 6.0 Marshmallow is almost completely pure. The software powering this device is a more aggressive Moto style approach implementing close to stock Android with tweaks, additional useful apps, and functions. There are additional tweaks whose functionality is questionable, namely the settings menu and the shortcut wheel. The settings menu looks unfamiliar to those used to stock Nexus settings menus (or skinned menus) and I question whether this decision was made to differentiate itself or to add functionality. The shortcut wheel is reminiscent to Cyanogen’s app wheel. Instead of swiping from the left or right to activate the wheel, you can tap on the wheel to bring up the wheel’s different app options. The fingerprint sensor is barely accurate enough for daily use. If I only registered my finger once, it would reject it a lot. If I registered it twice or three times, accuracy rose to about 9/10. The fingerprint sensor is fast enough but lacks the snappiness of the Nexus 6p or Galaxy Note 5. It is actually slightly slower than the UMi Super. However, you can turn the phone on using the fingerprint sensor exclusively and that is quite useful.Screen gestures are quite useful, with double tap to wake present and double tap the capacitive home button to turn the phone off being particularly welcome. The MTK6753 still handles well. Performance is generally great, but I can see a small hint of pause between tapping and the app launching when comparing to the newer MTK6755, and this could very well be attributed to the software. Multitasking is breezy, I could easily leap between different apps without closing them, never hitting that 3GB limit in normal use. 16GB of storage is a little tight, but still manageable. I could play games on this device with games like NOVA running well on low settings and Pokémon Go running well. 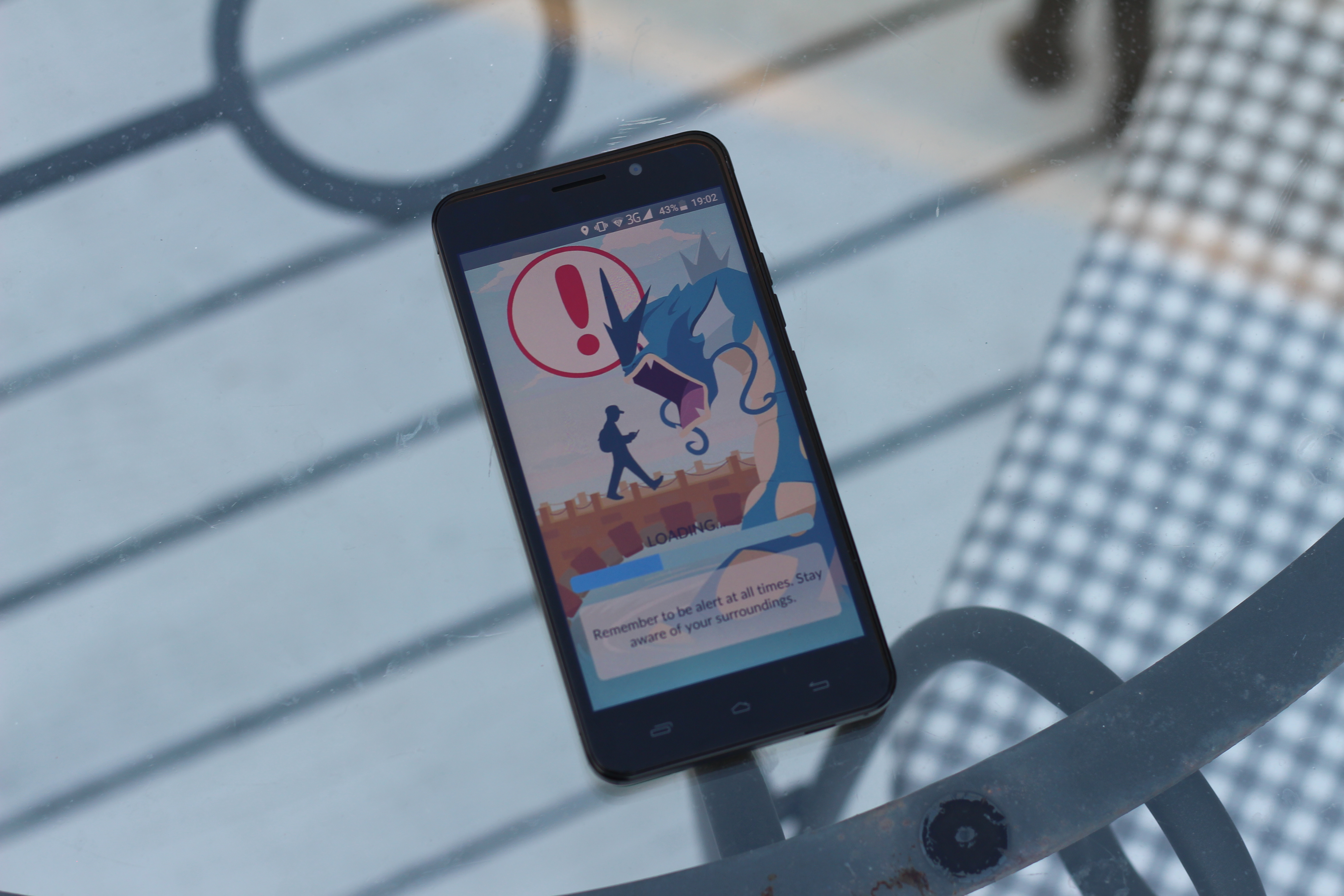 The phone scored about 36,700 in the Antutu benchmark.

I get 3G here in Canada with this phone and LTE. It does not switch very often from LTE to Edge and LTE speeds are quite decent. WiFi and Bluetooth performance worked well, and GPS performance was decent. I was able to play Pokémon Go on this device but I had to turn off AR because there is no gyroscope. 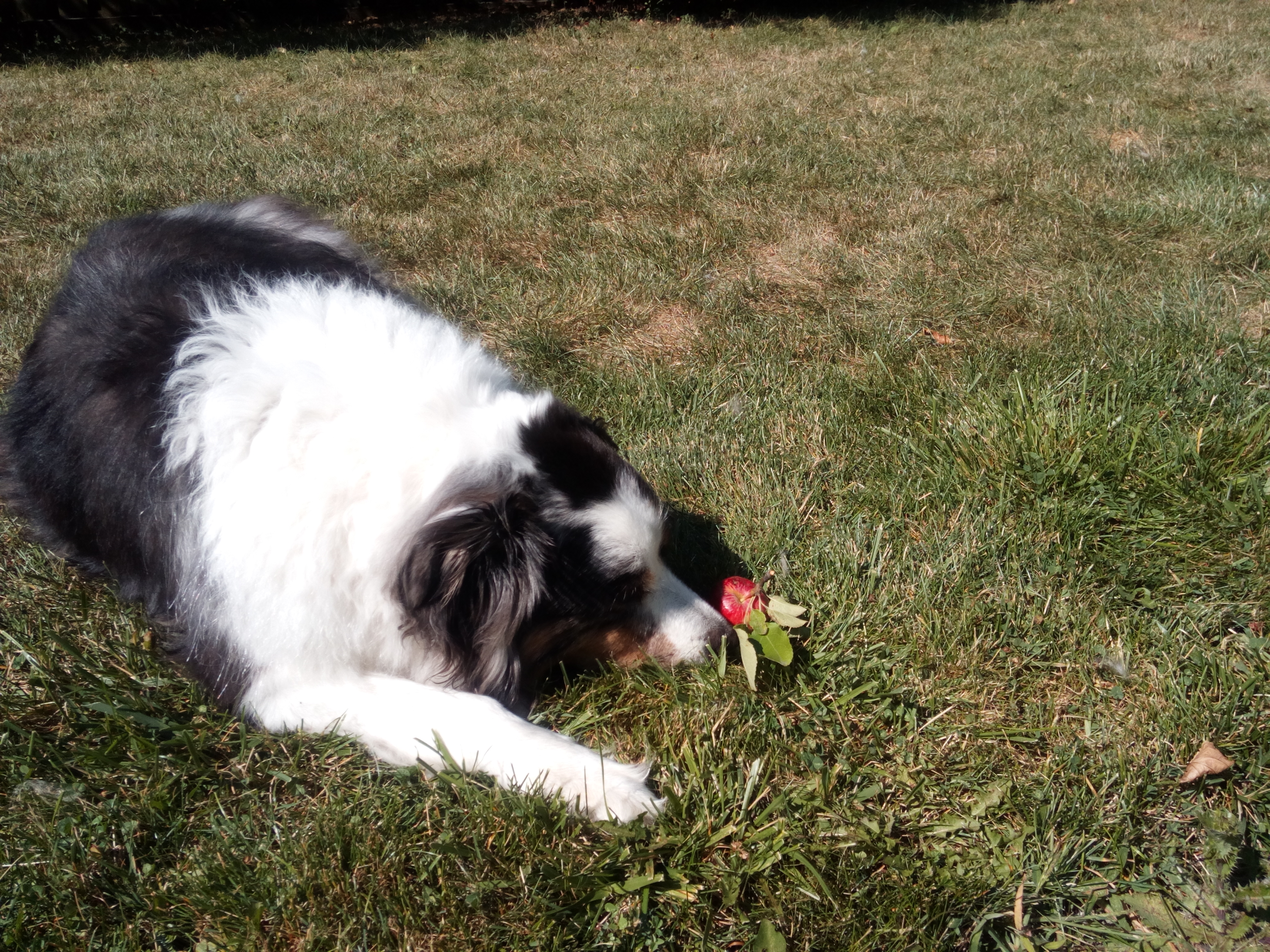 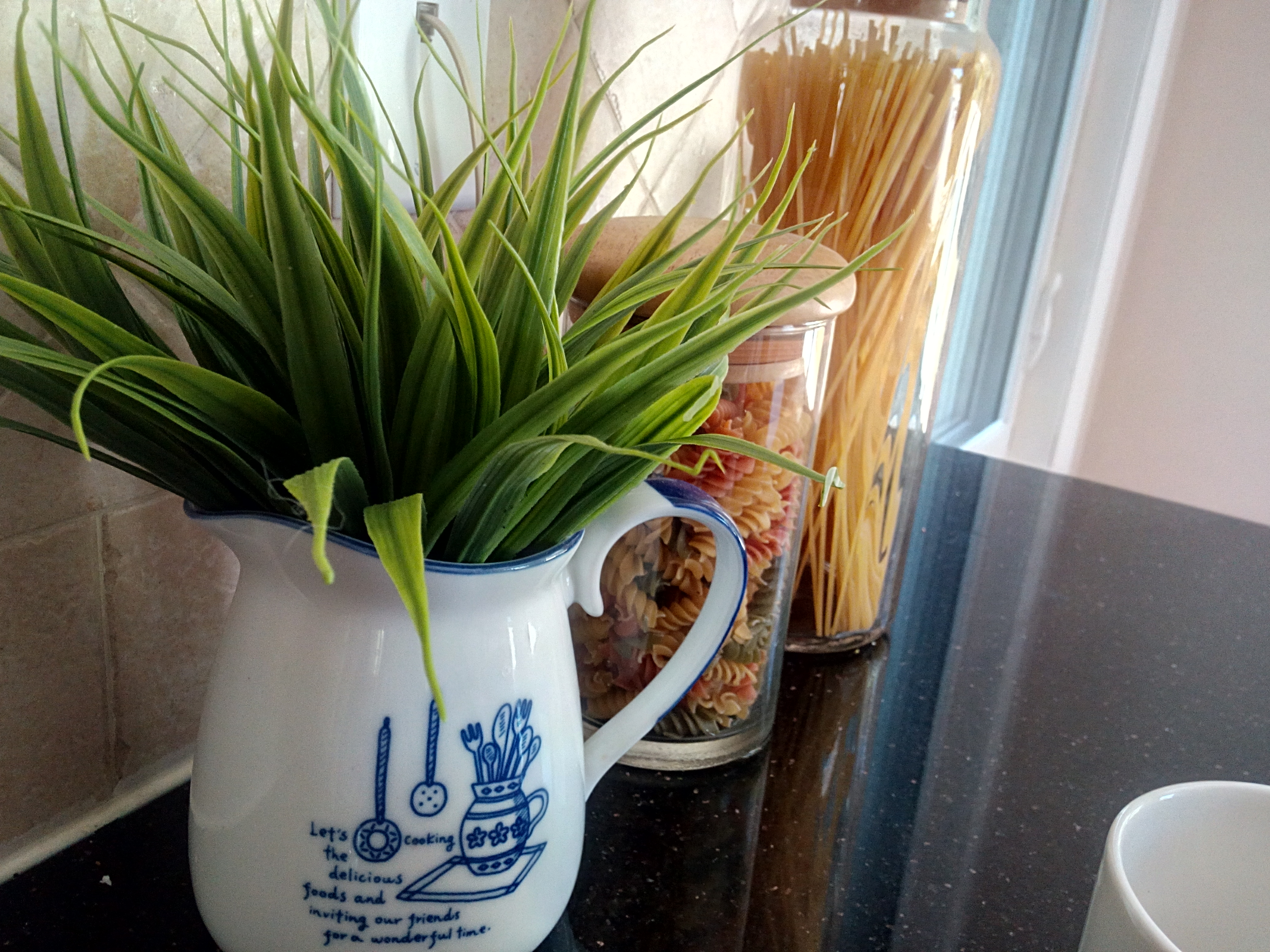 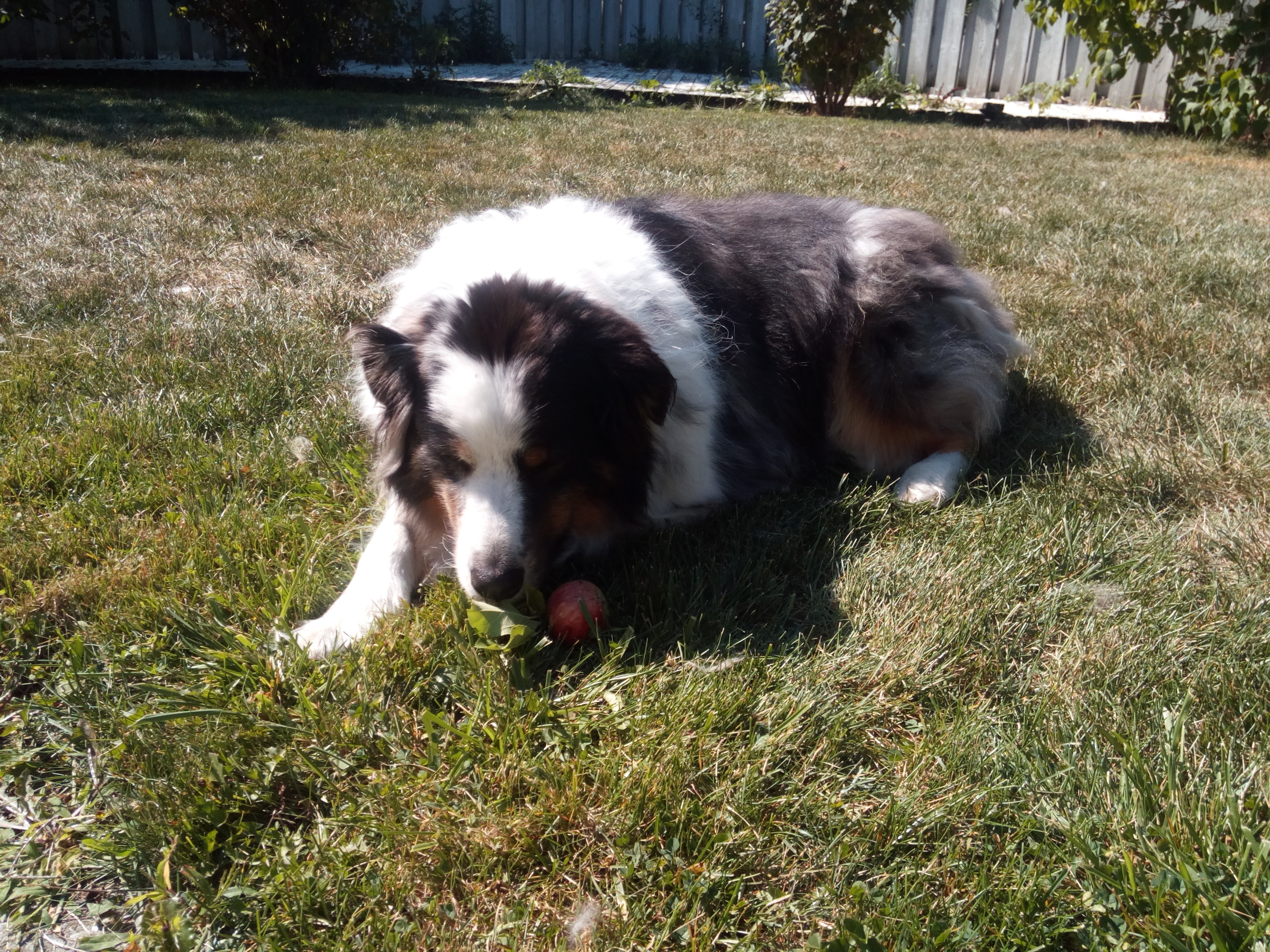 The Sony IMX149 sensor is used most likely to keep costs down. The rear 8MP camera takes some decent pictures but in no way are they great. 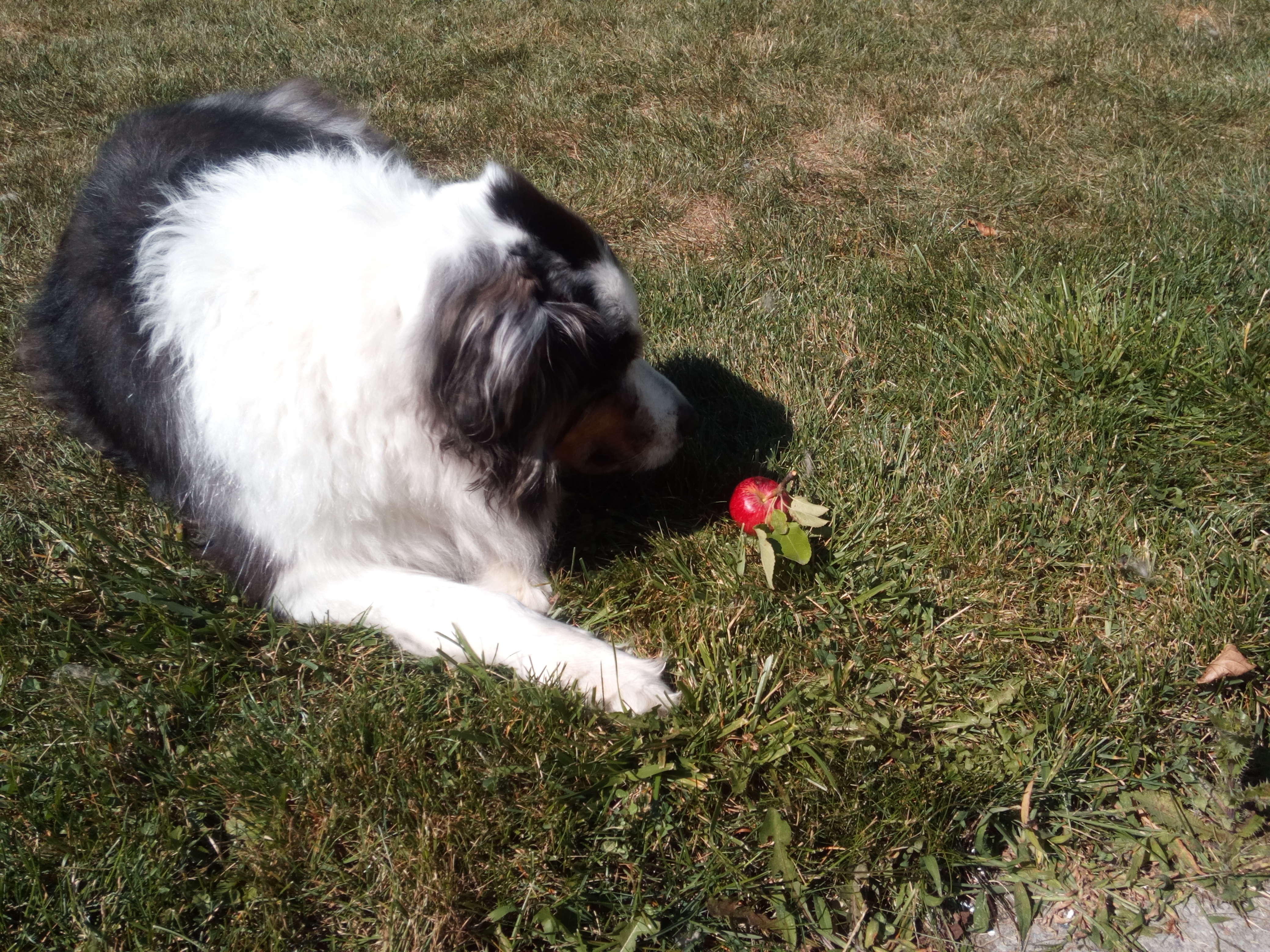 Captured colour is OK; there is some contrast and colour but nothing great. If you take photos in ideal conditions, photos can come out looking quite decent. In low light, the camera does not underexpose enough and there is a lot of grain and oversharpening happening. 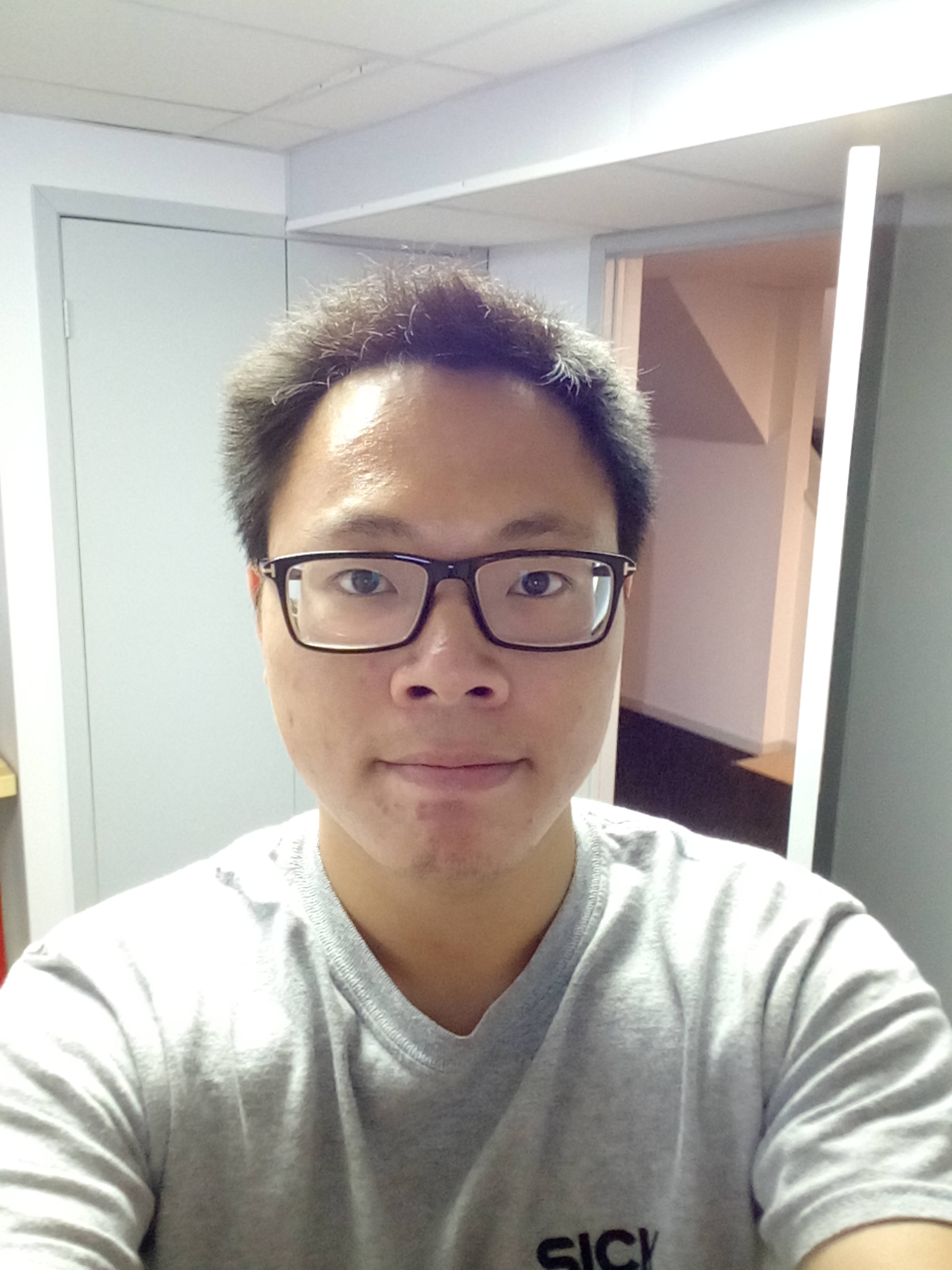 If you’re thinking of buying this phone, you’re probably itching for a low cost phone with the very best specifications possible in that price range. For the most part, you are getting that with the Ulefone Metal. Starting at $100, you get some pretty decent performance and a decent screen. However, the two things you should be aware of are the screen sensitivity, which hopefully will be fixed by Ulefone, and the decent to lackluster camera performance. Its main competitor is the Vernee Thor. Are you willing to trade slightly better battery life and a great metal build for a better camera? I personally wouldn’t, but if the camera is important to you, then I highly recommend you check out the Vernee Thor, otherwise, the Ulefone Metal is still a great buy. Plus you can get the silver button for $109.99 using this coupon code: METAL4GU.