Ulefone has launched the new Armor X5, the evolution of the previous Armor X3 of which it goes to improve practically the whole hardware maintaining, however, with a super contained price. We are faced with a rugged smartphone, therefore particularly resistant to falls, sand or diving in the water. The body of the Ulefone Armor X5 is available in 3 colors, available in black, red and orange. The new Armor X5 is an inexpensive rugged smartphone with a waterproof and shockproof shell. 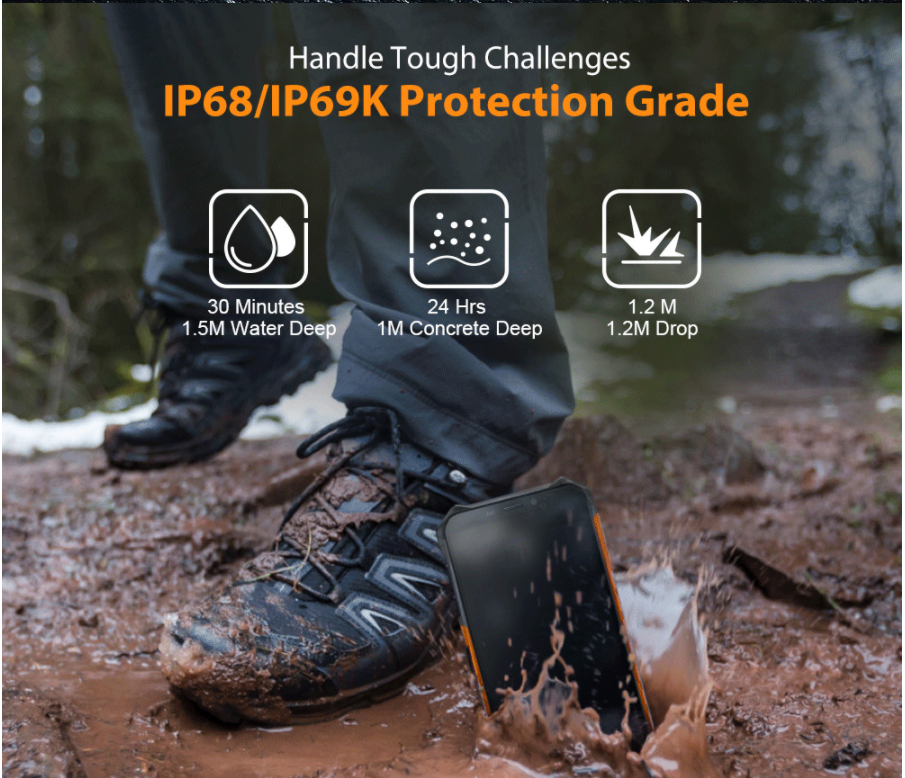 We can consider it in all respects the improved version of the previous Ulefone Armor X3, thanks to the adoption of a more powerful processor and other new features. The aversion for the number 4 in vogue in Asian countries made it possible to go from X3 to X5, skipping the abbreviation X4 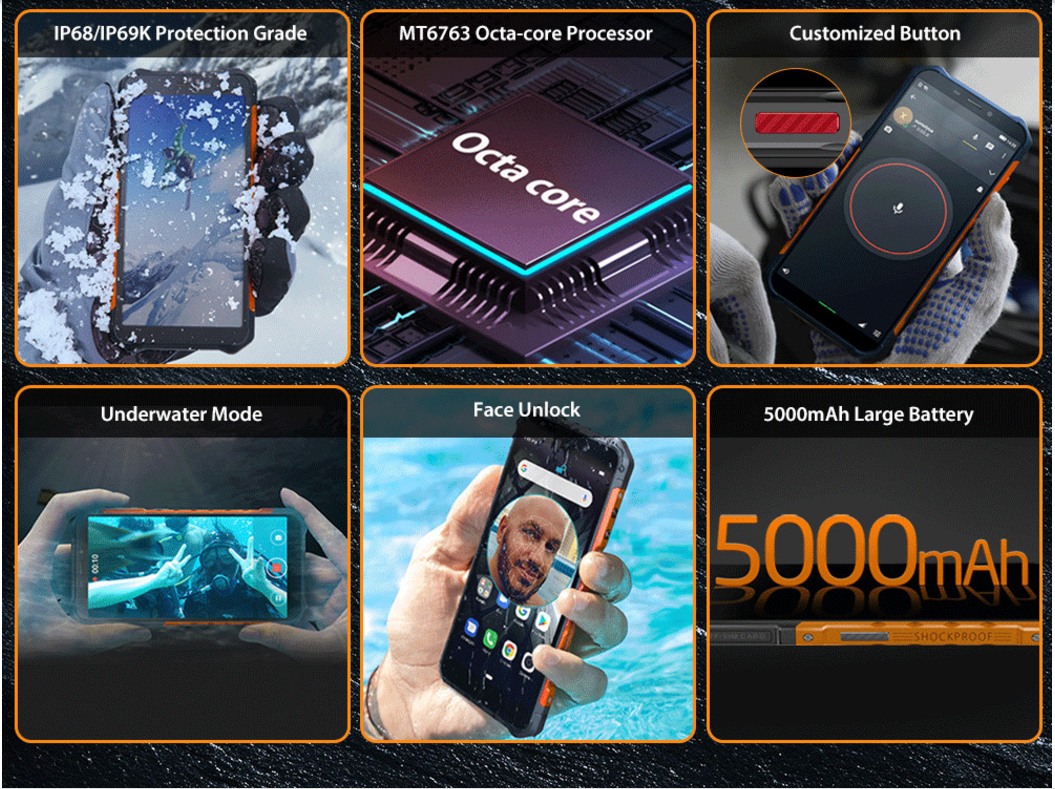 The display remains 5.5 inches in HD + format, we find a dual rear camera with 13 + 2MP sensors, a 5MP selfie camera, 5.000mAh battery and Helio P23 chip with 3GB RAM and 32GB. Among the innovations compared to Armor X3 on Armor X5 we also find LTE connectivity and 4G support 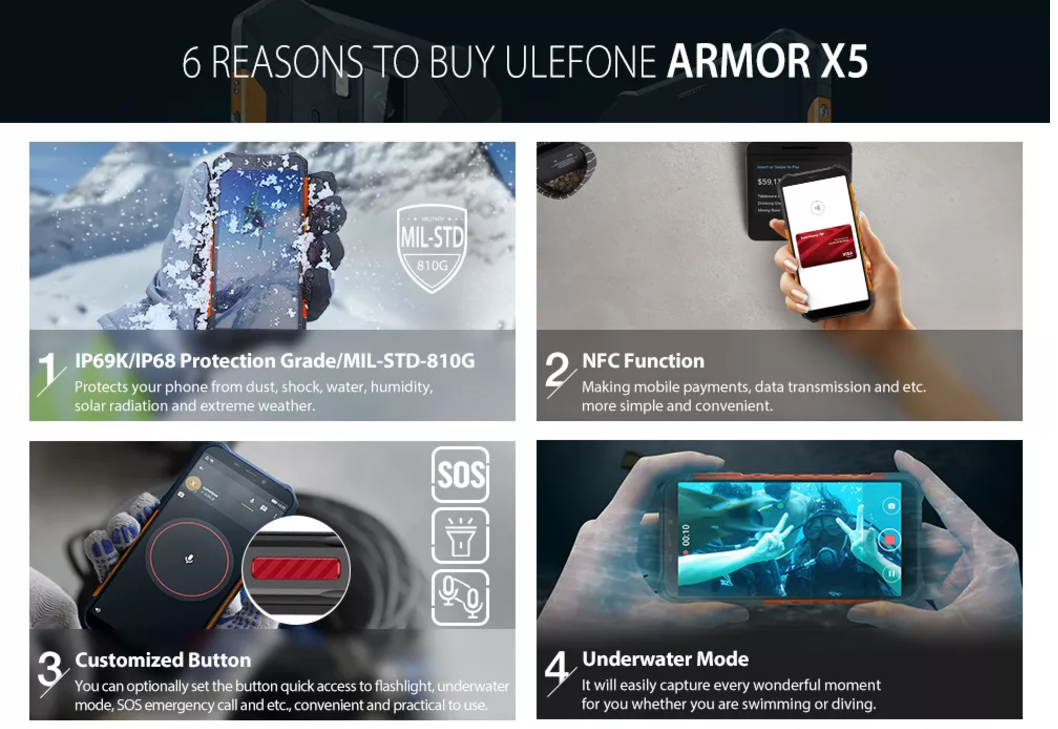 Among the main innovations included in this model we mention the support for 4G networks (dual VoLTE 4G), the MediaTek MT6763 octa-core SoC accompanied by 3GB of RAM and the dual rear cam with 13MP and 2MP image sensors. The 32GB expandable internal memory and the 5MP front camera with 2D face recognition remain unchanged. 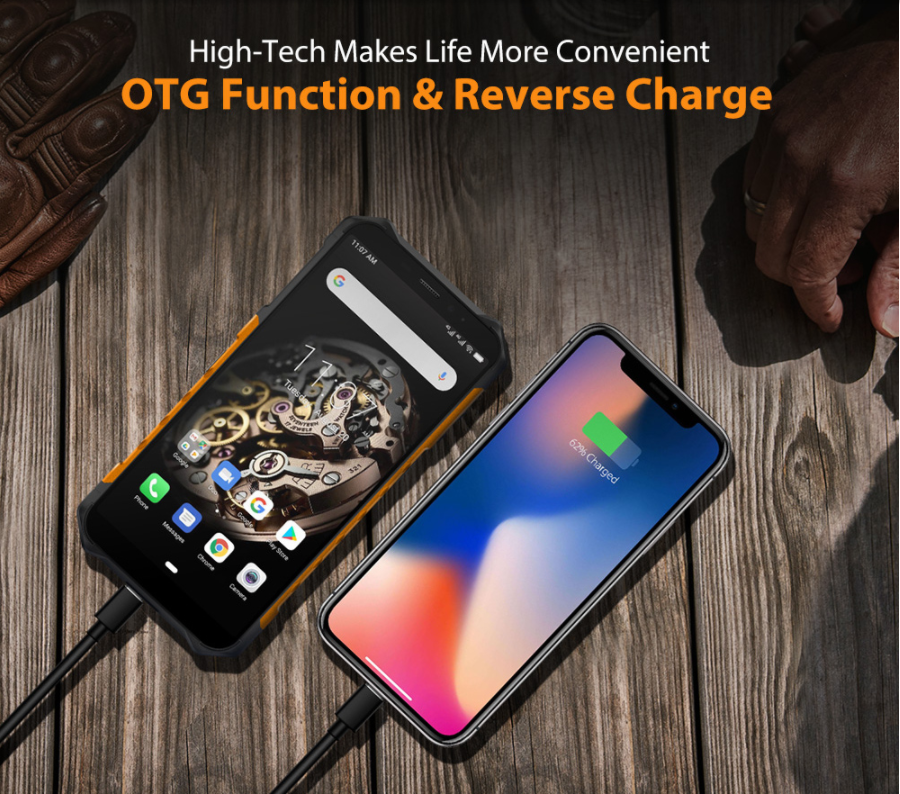 Not forgetting that the amazing device comes with a big 5000mAh battery which would go days without going off. It also features NFC with Google Pay support, dual-4G/-dual-VoLTE, and runs Android 9.0 Pie.

Where To Buy The Ulefone Armor X5

The Ulefone Armor X5 is currently available on Banggood for just $99.99. 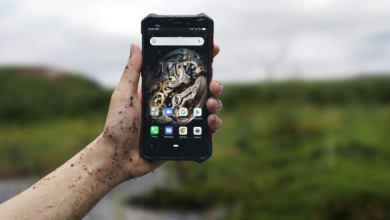