Ulefone Armor 7 is the long-awaited flagship smartphone from Ulefone. Made for a lot of people on the move, it has a special focus on water, shock, and photography. The Ulefone Armor 7 is also equipped with a high-performance iron and a sufficient battery. Here’s a phone for those who demand only the best from their phone!

No, Ulefone Armor 7 does not look like a brick, like previous models of “military” phones. His style is more than attractive, which can be judged by the first glance because the frameless large display with a monobrow for the front camera immediately catches your eye. The backside is embossed, but ergonomic, which ensures ease of use. Here are the main camera and a fingerprint scanner. It should be noted that the phablet presented in the online store, which you can buy now, has the MIL-STAD-810G and IP68T protection certificates.

First of all, it should be noted that the Ulefone Armor 7 is equipped with a Gorilla 5 protective glass, which provides reliable protection against any damage. IPS-matrix received a resolution of 2246 × 1080 pixels and allows you to get a picture with good detail and color saturation. Also, the display has a display density of 402 ppi and a diagonal of 6.3 inches. In this case, the price is more than justified.

The flagship performance is provided by the 8-core Helio P90 processor, which makes the Ulefone Armor 7 phone a really interesting option to buy. Especially when you consider that its capabilities are supplemented by a PowerVR GM9446 video accelerator and 6 GB of RAM. In addition, the presence of Android 8.1 Oreo OS and 128 GB of storage space was a plus.

Ulefone Armor 7 is the first of a new generation of photographic battleships. The smartphone in the housing compliant with IP68 / IP69K and MIL-STD-810G standards is equipped with a triple 48 Mpix Sony IMX586 camera. The optics have f/1.7 light. The supplement is 16 Mpix f/2.0 cameras (for night shots – that’s what Ulefone describes it) and a camera with 8 Mpix f/2.4 telephoto lens with 10x hybrid zoom. Next to the cameras, you can also see powerful LED lighting and UV sensor. The front camera has a resolution of 16 Mpix. Buy Ulefone Armor 7 just need for travel and hiking.

Firstly, it is not killable, and secondly, several days of battery life are provided by the presence of a 5000 mAh battery. It ships with Android Pie and perhaps the only concern will come from the level of support the handset receives going forward. From OS updates to security patches. Other noteworthy features include the NFC chip, navigation system supporting GPS, GLONASS, BeiDou, and Galileo satellites, heart rate monitor. And a 5500 mAh battery that can be powered by 10W wireless charging.

Ulefone Armor 7 is now available on Banggood for just $369.99 on Flash sale. Click the following button for order now: 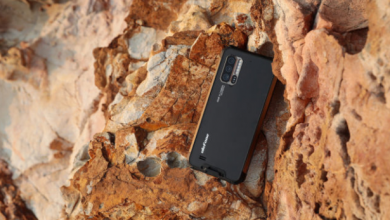