Buy The UGOOS AM6 Tv Box On Banggood For $129.99XiaomiToday Best Deal 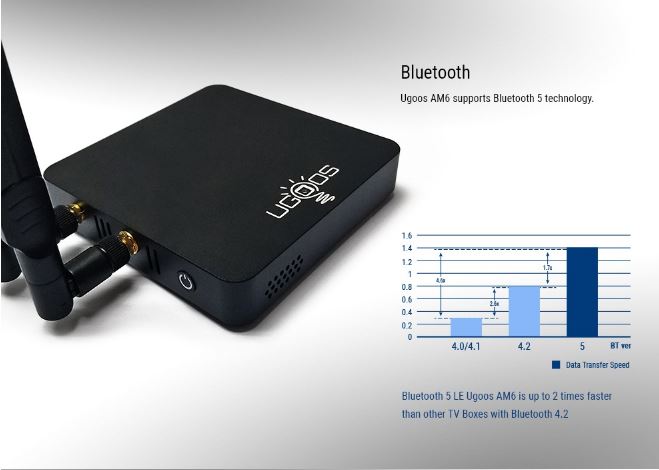 The Ugoos AM6 runs on Android 9.0 like other Tv boxes with Amlogic S922X. The Ugoos AM6 is embedded with 2 cores Cortex A53, four cores Cortex A73, and video processor Mali-G52 MP6. All this works in conjunction with the new LPDDR4 RAM standard. Paired with the processor is 2 GB RAM and 16 GB of internal memory. The new TV box has dual-band Wi-Fi without external antennas and a gigabit Ethernet port. The device will be able to process an external sound source, for this purpose, there is an AUX IN input. To work with OTG devices there is a high-speed USB 3.0 port. There are 2 USB ports v 2.0 for connection of peripheral components. 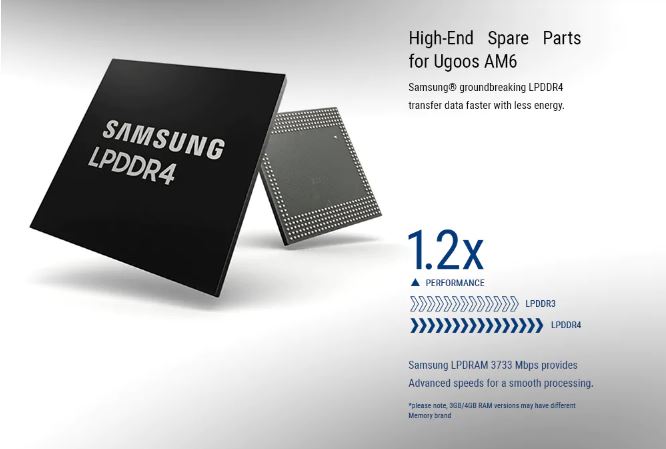 The UGOOS AM6 works with 4K format with a frequency of 75 Hz, supports joint management of CEC, HDCP and HDR. Wireless mice and other peripherals are easily synchronized via Bluetooth technology v 5.0. Multi-channel acoustics can be connected via S/PDIF cable, and work with analog stereo systems and headphones are possible via Jack 3.5 mm audio output. The device is controlled via the IR remote control. The manufacturer has declared support of modern codecs H.265, VP9, and AVS2. It is currently available on Gearbest for $129.99 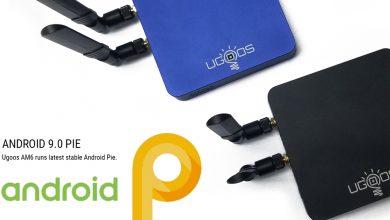