The appearance design of Teclast X4 is very similar to Suface. It comes with a back stand, a detachable keyboard, and also comes pre-installed with Windows 10 Home operating system, full of Suface style.

On the front of Teclast X4, it adopts a 11.6-inch Full HD IPS screen, high-end full lamination process, and a resolution of 1920 × 1080. The display effect is very clear, and the vivid colors are fully restored. Said that watching movies will have a strong sense of immersion.

In addition, the screen of Teclast X4 also supports ten-point touch operation, and supports a stylus, to meet the lovers of painting, but the stylus needs to be purchased separately.

Thanks to the screen bonding process and advanced design technology, the thickness of Teclast X4 is only 8.9mm, which is very thin and light. The weight of the whole machine is also properly controlled, only about 840g, and the portability is greatly improved. It’s too heavy.

Teclast’s X4 fuselage is made of metal on the back and is equipped with a stepless adjustable bracket with an adjustable angle of up to 135 °. The application bracket can be used in a variety of scenarios. With the ergonomic magnetic keyboard, temporary text office requirements can also be quickly Comfortable input.

For tablet PCs, the Teclast X4 interface is also very rich. On the right side of the fuselage, it is equipped with a charging interface, a Micro HDMI interface, a USB 3.0 interface, and a Type-C interface. There is also a 3.5mm headphone interface and a memory card expansion. Card slot to meet the various needs of users.

Moreover, the equipped Type-C interface can also realize USB 3.0 high data transmission, Display Port high-definition audio and video output, USB-PD high-speed charging and other functions. It can be said that it integrates a variety of commonly used functions, especially PD charging. With a PD charging head when you go out, you can charge your tablet and mobile phone, so you do n’t need to carry multiple chargers to go out.

Teclast X4 is also equipped with 2.4G / 5G dual-band WiFi and Bluetooth 4.2 technology with low power consumption. When the interface cannot meet the requirements, it can also output video through wireless projection.

Let’s take a look at the configuration of Teclast X4. The processor upgrade uses Intel’s eighth-generation Gemini Lake processor. Based on the 14nm process, the peak peak frequency is increased to 2.4GHz, the cache capacity is doubled, reaching 4MB, and the comprehensive computing performance is improved by 30. %.

Teclast X4 also has LPDDR4 operating memory with a higher operating frequency and wider memory bandwidth, with a capacity of 8GB; the storage uses a 128GB SSD solid state drive. Below we test the parameters of this solid state:

If the 128GB solid state is too small, don’t worry, Teclast X4 adopts replaceable upgrade design. The M.2 interface solid state drive can be quickly replaced through the replacement window on the back, and it can also be replaced with a 2280 size M.2 Interface solid state hard disk, this design is very user-friendly, which greatly facilitates the later hard disk upgrade.

Overall, Teclast X4 is a tablet and notebook two-in-one product, which is in line with its positioning. It has the portable properties of the tablet, meets the needs of audiovisual entertainment, and also meets the office needs of business travelers in terms of performance. Many users buy a tablet and want to buy a dilemma. Now with the Teclast X4, you can have both a tablet and a notebook.

Where to buy Teclast X4 Tablet? 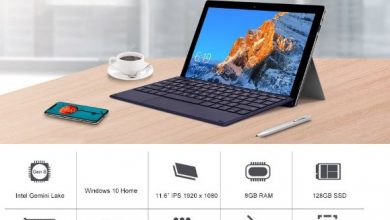 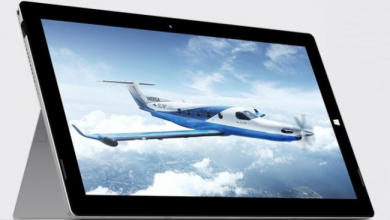