Lovers of large laptops have already on the way the new Teclast F15 15.6 inches with a good design and features to take into account for a laptop for daily use. We are facing a very attractive PC with a design where its screen stands out with very narrow frames of the only 7mm on the side and an aluminum body. The hardware of the series is also very complete since the 8GB of RAM will be able to run any program and the 256GB of available space will allow us to begin to use it.

A separate DC port is used for charging. The keyboard in this model is backlit and the user can adjust the intensity of the backlight. It is also worth noting that the touchpad is really big. Thanks to this combination, the Teclast F15 is similar to a typical laptop with a 14-inch display. The device weighs ~ 1.8 kg and has a thickness of ~ 15 mm.

The heart of the Teclast F15 laptop is the quad-core, quad-core (14 nm) Intel Celeron N4100 processor (Gemini Lake) 1.1-2.4 GHz 4 MB Cache with integrated graphics chip Intel UHD Graphics 600 200-700 MHz. The device also offers 8 GB LPPDR4 RAM and an SSD (M.2) disk with a capacity of 256 GB. The producer also gives the possibility of independent replacement of the latter, if the user would feel such a need.

Teclast F15 Notebook runs on Microsoft Windows 10 English Version, 64-bit operating system. Also nice is that the Teclast F15 in addition to the standard QWERTY keyboard also has a NumPad; Especially for office work, this certainly offers an advantage for one or the other. The keyboard is also equipped with an LED backlight, so even in low light conditions, all buttons are easy to read.

The Teclast F15 Notebook is fueled with High Power 6000 mAh Li-ion Polymer Non-Removable battery which has a standby time is 12 hours and video playback time is up to 10 hours.

At the connectivity level, it has WiFi AC and Bluetooth 4.1 while the capacity of the battery is not yet known. The screen is a 15.6 “IPS with a resolution of 1920 × 1080 pixels and is accompanied at the top by a webcam with a microphone included. The frames are very small, reach 7mm on the sides and the screen ratio reaches 82%. At connectivity level, we have two USB 3.0 ports, 3.5mm audio jack, USB Type-C connector, miniHDMI output, and microSD card, reader.

The Teclast F15 is already available in the GearBest store For Just $ 359.99 on Cyber Monday Sale. Therefore, the Teclast F15 laptop is not the cheapest, but at least, in my opinion, its price can be considered attractive at all times. if you want to buy you can just Click the Following Button: 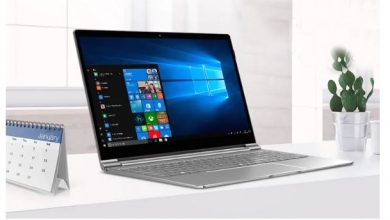 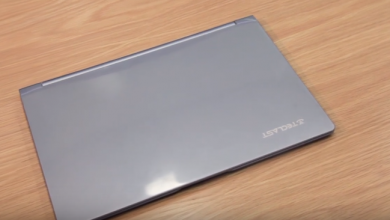