In the realm of video games, mobile games hold a surprisingly high market share for the side of a hobby often derided for being too casual or having poor quality control. The popularity of mobile gaming has attracted attention from those hoping to push past the limitations of cell phone hardware and the apps market may have to adjust quickly or risk being left behind.

Following its announcement, Google Stadia and its possibilities in the gaming world have undergone every level of interest and dissection that can be performed on a service that hasn’t yet gone live. It’s a streaming platform for video games that operates through Chrome browsers on both PCs and mobile devices that hopes to change how people play video games first and foremost. Instead of investing in high-end equipment, those who prefer to play games without shouldering a hefty entry fee move the burden of fidelity to their internet service providers.

Stadia isn’t the first service to approach the idea of game streaming and followed close on the heels of Microsoft’s xCloud service. Unlike Google, Microsoft seems intent on keeping the home computer and console as viable options for gaming while also offering a mobile option through their game sharing services that connect to a central profile. Each company has taken a different approach to solving a similar problem and both services bode well for the future of mobile gaming as a whole.

Unsurprisingly, the quality of mobile games can vary wildly due to the semi-open nature of various app stores and the relative ease of entering mobile app development. Unlike a console game, which is often spearheaded by a large and well established company with a staff of hundreds if not thousands of people, mobile apps generally only require a small handful of people to create. Yet they face unique challenges in creating experiences that are tailored to a small screen on a device that is much weaker than dedicated gaming hardware, often leading to creative gameplay solutions that wouldn’t see the light of day on a console.

As such, games developers are facing a potential shake-up in how they approach making games work on mobile screens and full-sized televisions alike. Just like how creators of bullet connectors specialized in their marketplace, games development for specialized platform requires specialized goals and attitudes.

A world of mobile problems

The initial push for mobile streaming will have a small handful of obstacles to overcome, though some are more costly than others. Initial reports show platform restrictions and brand-specific catering for streaming platforms, as is potentially the case with Google Stadia being tailored to Pixel devices before reaching out to the rest of the mobile community. Microsoft’s xCloud was demonstrated on an Android device and news of its future platforms are still unfolding.

Tackling the issue of bandwidth requirements is more likely to cause significant delays for the average user. While it’s one thing to play a streamed game over wireless connections in a home setting, achieving Google Stadia’s projected requirements of 25 megabits per second while out and about is a harder mountain to climb. The fastest 4G speeds rest at 45 megabits per second and often come saddled with data caps, usage restrictions and signal drops outside of well-established metro environments. Those living in rural areas are almost certainly ineligible for many of the perks of streamed games.

On the other hand, streaming is unlikely to be the death knell for small, cheap games that can be picked up and played on the go when compared to triple-A titles that weigh in at several times the cost of mobile games.

Streaming games to mobile platforms is a promising solution to hardware restrictions that may face trouble when pitted against the state of mobile network providers in many parts of the world. For those looking for a way to play games on their couch without buying a console, the future looks bright. 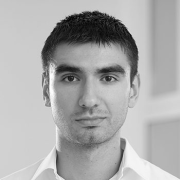