Yesterday, Qualcomm officially announced the launch of their new Snapdragon 855 processor which supports the new 5G technology and which, according to what the company said, will be available from January next year, however, Xiaomi did not stay with arms crossed before this event and was able to exceed all expectations, since they have just announced their first mobile with this processor, just one day after the official announcement. This mobile is not something new, it is simply the Xiaomi Mi MIX 3 but in version 5G.

Also Read: A new Xiaomi phone has achieved a 3C certification – Could it be the Xiaomi Redmi Note 6?

This “new” terminal was presented today during the China Mobile Partner Conference, in which, Xiaomi showed the smartphone that has the Snapdragon 855 platform and the Snapdragon X50 5G modem. All this combined with Xiaomi Smart antenna switching technology, making it the first mobile in the entire market to implement it.

Information presented by Xiaomi on the Snapdragon 855

According to the data offered in the live presentation, this new version of the Xiaomi Mi MIX 3 with the Snapdragon 855 could be used for 5G high-speed web browsing for web pages, live videos, among other things involving applications. According to the official introduction, 5G technology has much higher requirements for antenna design and transmission than 4G. Of course, Xiaomi achieved to use it because they are a leading company in the field of antenna research and development thanks to the creation in 2016 of a research team that would allow exploring the standard that must be met for 5G technology in advance. 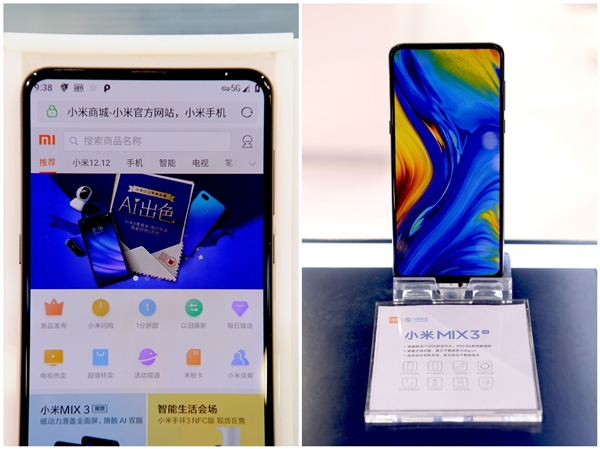 After this, in 2017, Xiaomi officially launched the design of the phones that would support the 5G, while later, in September 2018, the Asian giant took the lead with the opening of the data link and 5G signaling connections, taking for granted the basis of commercial use of 5G. During this conference, it was also announced that Xiaomi will participate in the first batch of 5G pre-commercial city field test launched by China Mobile in the first quarter of 2019, and this new version of the Xiaomi Mi MIX 3 with 5G support also will be launched in Europe.

In addition to all the above, the Chinese company will also promote the 5G network in the use of smart homes in conjunction with the IoT, as well as other uses for this system in other areas such as VR, or even 3D systems.

Xiaomi has created DeepExposure AI, a system to improve photos