Speaking of electric bikes, everyone must have the appearance of a bike. Nowadays, with the continuous development of society, folding electric bikes have also appeared, which greatly facilitates people’s lives and can reduce the occupation of volume. Folding electric bike endurance mileage is very long, and FIIDO D1 is the prime example. Recently manufacturer has also introduced its predecessors the D2 and FIIDO D3.

The simple appearance comes from adhering to the original design philosophy : lightness, safety, quality. As a simple and portable electric bicycle, FIIDO D1 is an electric bicycle that “cannot find” batteries at all, mainly “built-in” The battery makes the appearance of the vehicle very simple and beautiful. Don’t underestimate the “built-in” battery, but its battery capacity is equal to the battery capacity of 57 Apple phones, so this model usually only needs to be charged once a week.

As a portable folding electric bicycle, the entire FIIDO D1 reaches about 75cm in length, 65cm in height, and 35cm in width after folding, which will not occupy much space at all. The entire folding process is also very convenient. It only takes 3 steps to fold the D1 and store it in the trunk of the car, office, etc. And the weight of the entire car body is only 18 kilograms, so an adult can easily lift the FIIDO electric bicycle after folding, and go to the elevator into the building.

In addition, FIIDO D1 urban version of the foldable electric bicycle has three modes, riding mode, electric mode, electric power assist mode can be switched at will. This meets more user groups: it is a more practical, free and green way of travel that can exercise green travel without being too tired. Therefore, many office workers choose such a lightweight, portable electric bicycle as a means of travel, and this choice is also very in line with the concept of environmental protection.

Even if we compare the currently popular products of the same type in the market, FIIDO electric bicycles are not inferior. Take the Mijia riding record under Xiaomi as an example. In contrast, the function of switching between three modes of FIIDO electric bicycles is more suitable for different scenarios. After all, many people will want to choose the mode according to actual needs. However, Xiaomi’s riding record can be connected to the App to query and manage. In this regard, FIIDO does subtraction on the function of electric vehicles, which is more practical on the basis of lightness. However, overall, if you want a small folding adult scooter, FIIDO is definitely a good choice. 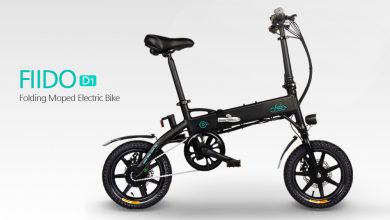 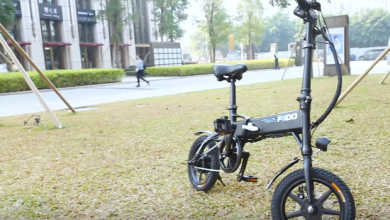