Xiaomi’s Redmi Note line-up has been very popular among the consumers both in China and internationally. In august 2016 Xiaomi announced the Redmi Note 4 which is a successor to its highly popular Redmi note 3 and it strikes a great balance between beauty and performance. But recently Xiaomi released an upgraded variant known as Redmi note 4x which now offers more colour option, some minor spec tweaks and nearly identical design.

So let’s find out does the X really makes any difference or it’s just a gimmick.

Now let’s start with the build and design, aesthetically the design hasn’t changed much it’s almost identical to Redmi Note 4 unless you take a closer look. The second you hold this device you can literally feel the difference as it weighs only 165g which is about 10 grams lighter then Redmi note 4. The 4X has some minor design changes like the two small screws on both sides of the MicroUSB charging port have been removed for a cleaner look, and the antenna bands have been minimized and replaced by shiny strips, rather than cheap-looking white plastic, which is noting major but I think it’s quite enough to make the 4X a modern and sleek looking phone which you’ll be proud to hold. 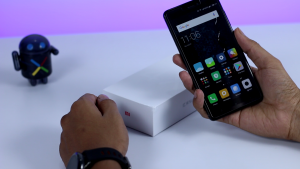 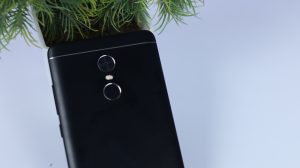 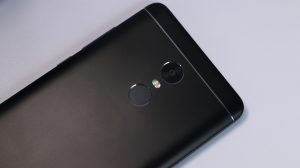 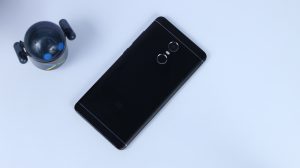 The thickness is still 8.5 mm but due to its weight reduction and 2.5D curve glass, it’s much more comfortable to hold as compared to Redmi note 4.

Additionally Redmi note 4 has a uni metal chassis but in case of Redmi note 4x, the body is made up of metal as well as plastic which is added at the upper side and the bottom of device which I think is kind of subjective and personally I don’t have any problem with that unless it pops up over the time, you know what I mean.

The best thing about the Redmi note 4x that I like the most is that now it offers bunch of colour option like Cherry Powder, Champagne Gold, Platinum Silver Grey, Matte Black and some other as compared to Redmi note 4 which only offers 3 colour Gold, Grey, Matte Black. This device is majorly targeted toward international audience as it supports most of the 4G bands except the 800 MHz band.

For a budget phone the Redmi Note 4X is very well made. It has fairly slim bezels to the left and right of the screen, which combined with the gently sloping edges at the rear which basically means that it’s much easier for single handed use.

At the right you will find the volume rockers along with the power button. On the left there is the SIM card trey which is by the way a hybrid SIM slot as usual. On the bottom you will find twin speaker grills but there’s still just a mono speaker found inside and I think the mono speaker sound slightly better on this one as compared to note 4.

On the top you will find the secondary microphone along with the 3.5 mm jack and this time the IR blaster has also been moved towards the right side I don’t know why Xiaomi tends to do these kind of change.

Now if you scan the spec sheet then you will find that most of the hardware is quite similar to the Indian variant of Redmi note 4 but it’s different if we compare it with the Chinese variant which runs on the Mediatek chip.

So the Redmi note 4x is equipped with a Snapdragon 625 processer along with 3 or 4 gigs of ram and you can also choose between 32 or 64 gigs of internal storage. The one that I am using currently is the 3 GB ram and 32 GB internal storage which Is the international variant. 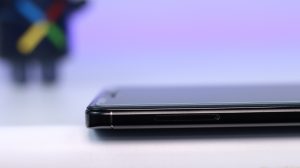 The Redmi note 4x has a 5.5 inch IPS LCD screen with a resolution of 1920*1080, it’s also very bright with a maximum output of 450 nits, and it’s easily visible in bright sunlight with the brightness slider cranked right up.

The device is powered by the same 4100 MAH battery but still it doesn’t support fast charging which is kind of disappointing because a battery size like this takes much more time to charge up and in my usage I found that it took around 2 hours to charge my device from 0 to 100 which is lot as I am quite used to of dash charging of my oneplus 3t.

So these were the specifications but now let’s talk about the performance and I am gonna share my personal experience of using this device for about a week.

The device is very solid and the in hand feel is really amazing, in my day to day usage which includes a solid hour playing games, reading email, checking social networks, and generally zipping between the home screens and different apps, the Redmi Note 4X hadn’t stuttered. It’s very hard to argue against a phone that costs so little, and yet performs so well.

Now for those who are thinking about benchmarking then I have tested this device on Antutu benchmark and it’s scored 61738 which is quite decent but personally I am not a benchmark guy as I believe more on using the device practically.

In a week of usage I didn’t find any lag while switching between apps and the battery backup is just insane. Due to its 8.5 mm thickness the company was able to pack a much larger battery of 4100 MAH which can get you through a full day easily and still your device will have around 40% remaining battery. In my testing I found that with moderate usage my device lasts about 2 days with a screen on time of  6 to 7 hours which far better than some of the major flagship devices present in the market.

So all and all I was quite satisfied with the performance of Redmi note 4x, which I used for about a week as my daily driver.

Now let’s talk about the camera, on paper the Xiaomi Redmi Note 4X appears to have the same camera setup as the Note 4 and the similarities just end here, because this time they have swapped out the 13Mp Samsung sensor for a Sony IMX258 which is a good news.

Now if we compare both the cameras then I think the new Sony sensor is slightly better than the Samsung one in terms of taking some decent photos as I think the Sony sensor produces a better dynamic range with good level of details. Now I am not gonna say too much about the camera, so let the images speak for themselves.

The secondary camera is of 5Mp with f/2.o aperture which is exactly same as Redmi Note 4 and it can also take some pretty good photos in different lighting condition.

Now if you want to see a detailed camera comparison between Redmi note 4 and 4x the do let me know your thoughts in the comment section.

Moving forward to the software department which I think is kind of skinny, as it runs on a custom version of android called MIUI and it is running on the latest version that is MIUI 8.2 on the top of android marshmallow. But for those who are wondering when they will update it to Nougat then guys you don’t have to wait too much as Android Nougat is already under beta testing and it will be releasing any time soon so keep you eye on the updater app. 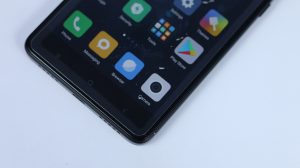 Now I am not a big fan of MIUI as I love stock android experience that’s why I am using the NOVA launcher, but if you are one of those you had used this UI in past then I am pretty sure that you will like it, as it offer lots of features like built in app lock, dual apps, second space, touch assistant and they even have their own theme engine.

Now if you want to know more about MIUI then I had made couple of video on that which I will be liking in the description down below so do check out.

So my final Thoughts regarding this device is that it is not huge upgrade over the Redmi Note 3 or Note 4, but still it packs a decent mid-range specification which will get your most of the work done without breaking you bank

Now I imported this unit from a Chinese Ecommerce website called “banggoods.com” and they have a huge verity of consumer electronic products from which you can choose from. The Redmi note 4x global version with 3gigs of ram and 32 gigs of internal storage cost me around 150 USD which is roughly equal to 10000 INR and the best thing is that I don’t have to pay any extra for the customs.