With Redmi K30, Xiaomi will be making the design of the back glass a little simpler except for the camera module. As we can see in the images shared by the company. There is a circular ring around the camera module which might eventually also refract light but it looks like a more subtle design. Redmi K30 will retain the legacy of fan-favorite 3.5mm headphone jack. And will also feature a side-mounted fingerprint sensor. Regrading the display on Redmi K30. it’s going to be a 6.67-inch 120Hz IPS LCD panel, which can be seen as both an upgrade and a downgrade.

The smartphone is powered by the Snapdragon 730G with eight cores and up to 2.2GHz clock speed 5G Version has Qualcomm Snapdragon 765G 5G processor 1×2.4GHz, 1×2.2GHz, 6×1.8GHz. It is available in different variants with up to 256GB expandable internal storage with 6/8GB Ram Memory.

Redmi K30 will be the first smartphone to arrive with Sony’s 64MP IMX686. IMX686 is a successor to IMX586, which appears to be Sony’s most successful camera sensor yet, as almost all smartphone brands launched phones with Sony’s IMX586. Thus, there are very high hopes with IMX686. It has a 1/1.7? sensor size and uses the same pixel binning technology to take 16MP 1.6µm size images. A video teaser of IMX686 was published by Xiaomi showcasing the capabilities of IMX686. Other than IMX686, K30 will also have 3 more sensors: an ultra-wide lens with 120° Field of View, a macro-lens which can focus as close as 2 cm, and a depth sensor for better portrait mode.

The front cameras will come in a dual punch-hole for a 20 MP camera, and a depth sensor. There are still some details about the cameras left to be unveiled so we will have to wait for the event.

On the battery side, the two models will be offered with a 4,500 mAh battery. But the 5G version can be recharged at 30 W. Against 27 W for the 4G model. Everything will be powered by Android 10. With MIUI 11 house overlay, and we will even find a fingerprint sensor on the side.

One of the big talking points about this phone has been 5G. It could be the cheapest 5G phone to be launched yet. Even before the launch Xiaomi as a company has committed to being one of the 5G leaders and said that it is expected to launch about 10 5G phones in 2020.

Xiaomi has also confirmed that there will be a 4G variant as well, but it might be powered by Snapdragon 730G for countries like India, where 5G roll-out is nowhere to be seen. 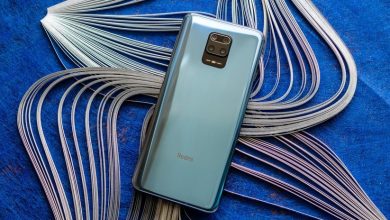