With a cheap price, the Realme C1 is still equipped with a screen up to 6.2 inches in size for a comfortable space to play games or watch movies.

Nobody wants an affordable phone that looks cheap. This is particularly why the design on Realme C1, despite not being extraordinary by any means, is a strong point for the phone. The notched design is now mainstream and Realme has accepted this, much like many of the other Android handset makers. As a result, you a get a panel with a 19:9 aspect ratio and a screen-to-body ratio of 88.8 percent, as per the brand’s claim. Again, like other phones with this design, you will not get bothered by the notch a few minutes into using the Realme C1.

Talking about the quality, we have an HD+ IPS LCD display that looks vibrant. In outdoor conditions, the maximum brightness of the panel helps to an extent but isn’t all that impressive. Comparing the phone’s display with an FHD+ panel will showcase a lack of sharpness but in daily use, you will not be disappointed. When playing games or watching videos on the phone, you will invariably cover the speaker grille and this is a design compromise that we have come to accept from most recent phones.

Driving the performance on the phone is a Snapdragon 450 SoC, which can well be described as a trusted choice for performance requirements. Coupled with the processor, there is 2GB of RAM and 16GB of built-in storage, which is expandable up to 256GB via microSD card. The animations remained smooth during the review period, although the app content can take a bit too much time to load up on certain occasions.

The handset packs in a massive 4,230mAh battery. Given that the phone has an HD+ display and a power-efficient chipset, the battery life, as expected, turned out to be extremely impressive. Talking about numbers, in our HD video loop test, Realme C1 lasted around 22 hours (yes, you read it right) before running out of juice. the C1 runs ColorOS 5.1 based on Android 8.1 Oreo and provides the same set of features and utility tools to the users as the other handsets in the series.

The 13 MP + 2 MP dual camera on the back is another big plus for the Realme C1 when in this segment there are few smartphones with dual cameras. Of course, you can also take photos of fonts removed with Realme C1 to be able to share with friends. The 5 MP beauty camera with the famous “beauty mode” will give you natural and fine details. In addition, the device also supports face unlocking with AI technology to help identify the speed is quite impressive.

In the end, it depends on you whether you prefer smoother performance over a large battery or not. From my perspective, the Realme C1 gets a thumbs up for offering good value for money. Realme C1 is now available on Geekbuying for Just at $122.99 using a Coupon Code: AOXYAIKR, if you want to buy you can just click the following button: 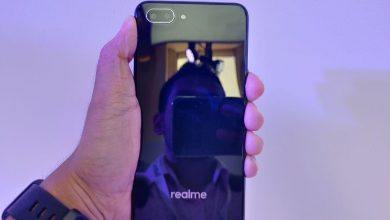