Qualcomm Snapdragon 835 and Mediatek Helio X30 are about to be released as prime candidates for the BEST SMARTPHONE CHIP OF 2017, but what really makes them different and how do they compare?

Follow me on this deep analysis on all the data on both chips, and which one you should likely get for your next BEAST SMARTPHONE!

A Brief History Of Qualcomm Snapdragon Or

how we fell in love with little smartphone Dragons 🙂

Qualcomm is an American Semi-Conductor Company based in San Diego, California.
It has become the leading Smartphone SoC(CPU+GPU+Modem+Board = System on Chip) supplier,
thanks to their superior modems(X-series) and Adreno(bought from ATi Radeon early 2000s) GPUs.
Most notable chips include the mythical Snapdragon 800 and 801, which are widely used ’till this day, and after the fiasco with Snapdragon 810 and Snapdragon 615, they quickly recovered with a superb Snapdragon 820/821 and Snapdragon 625 chips to once again regain the market.
Snapdragon chips are widely regarded as the best you can get, thanks to good battery life, thermal management and performance, however, the company had a horrid time with the awful Snapdragon 810 and 615 chips that had overheating, battery and performance issues, proved that the company can do a bad chip.
Snapdragon 835 is the latest flagship chip and will debut with the Samsung S8 in the end of the month, and Qualcomm are aiming to smash all competition, thanks to the new Octa-Core architecture(4xKryo 280+4xA53 CPU cores), 10nm fabrication process and a 1Gbit+ LTE modem.

A Brief History of Meidatek Or

how we all love an underdog story 🙂 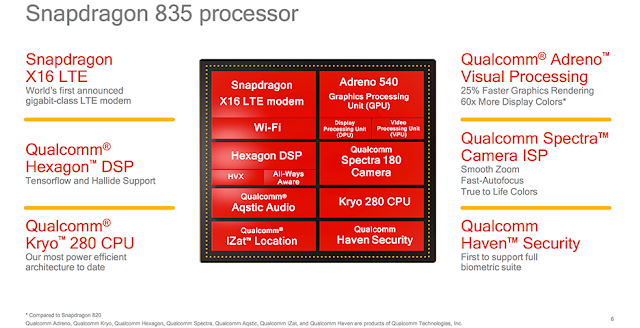 Snapdragon 835 looks very impressive, as you can tell from the picture above, but some of you don’t really grasp what is all about, so let me briefly try to break the strongest points of the SoC down for you.

10nm is the size of a single transistor and this is the latest and most expensive production technology available for chips of any kind, but what does it mean?
Basically, it allows for engineers to put more transistors into a same-size chip,
or the same amount of transistors on a smaller chip and transistor count is
incredibly important for performance.
Just as a note, a single high-end smartphone chip today has 1 billion+ total transistors,
Snapdragon 835 is expected to back close to 3 Billion transistors,
just a fact the Intel i7 6700 Desktop CPU chip built in 14nm has ~1.8 Billion transistors!

With the latest X16 LTE modem, Qualcomm are the only provider in the world that can let your phone(if supported by your carrier)download with speeds exceeding 100MB/sec!

Qulacomm uses custom versions of ARM’s best CPU cores and the Kryo 280 is based on the newest A72/A73 design, but with secret modifications to deliver the best performance,
however most of the time you only need the phone for browsing,
social media and youtube, and that’s where the new 4 A53 cores come to help.
Just as a fact A53 cores are around 4-5 times smaller than the big A72/Kryo 280,
so they consume much less power but are powerful enough to run all daily activities,
and that will help improve battery life and when more performance is needed
(Gaming, Editing, Heavy Apps)the big Kryo 280 cores will kick in to make sure
you never feel any lag! CPU performance is expected to increase by 20% from Snapdragon 820.
That is called BIG.little architecture(Big cores working with small cores on a single chip)
Just as a note, Snapdragon 810 was Qualcomm’s previous attempt at BIG.little architecture and that didn’t go so well, let’s hope they’ve learned their lesson.
and that didn’t go so well, let’s hope they’ve learned their lesson.
Here are supposed leaked SD835 Geekbench scores: 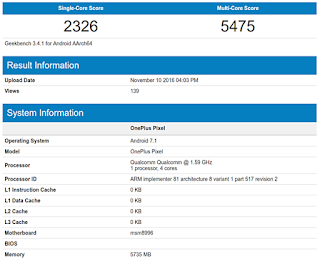 With Snapdragon 821 phones like OnePlus 3T and LeEco LePro 3 topping the Android charts at around 160,000 Antutu Points, 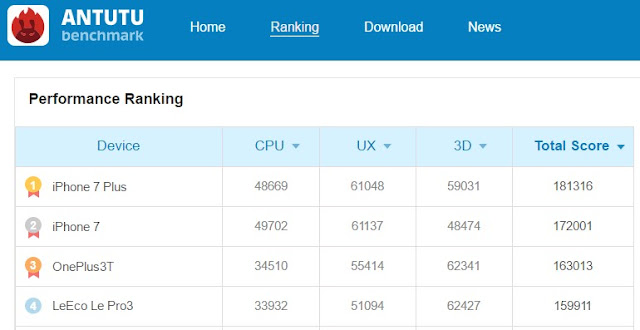 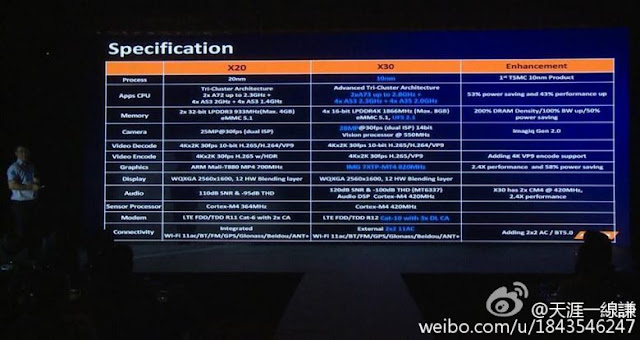 This is the first year that MTK can compete with Qualcomm and Huawei,
as all their previous generation chips were a nod behind(handicapped) when introduced
(Helio X20 20nm compared to 16nm Snapdragon 820 and Kirin 950)

That also means that MTK will have no excuses when it comes to performance,
thermals and battery life.

MTK is going for just 2 big A73 Cores, but the frequency will be 2.8GHz, which is very important for single-threaded performance, you can see the benefits of A73 over previous generations below: 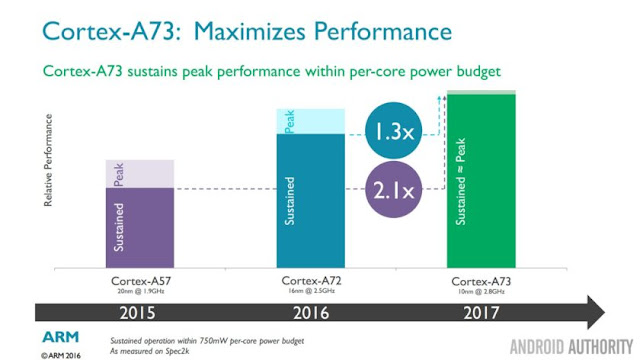 The Second Cluster is composed of 4xA53 Cores clocked high to 2.3GHz, which should save space on the chip(A53 core is about 4 times smaller than a A73 one), while compensating the performance.
The biggest and most genius design comes in the form of the smallest A35 cores clocked at 2GHz!
Those four cores can literally handle all social media and video with the best efficiency possible!

Here is a comparison with A53 cores, and how you’ll get better battery life! 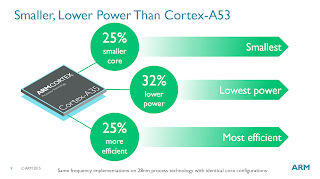 Thanks to their unique architecture PowerVR are still regarded by many as the best mobile graphics available, packing a more efficient rendering and lightning method than ARM’s Mali
and Qualcomm’s Adreno the PowerVR 7XT architecture brings console-level graphics to the Smartphone market.
It’s no small coincidence that Apple have been using PowerVR chips in all their iPhones and iPads!
You can say all you want about iPhones, but as far as gaming is concerned, they are absolute beasts, and that’s all thanks to the PowerVR graphics!

and iPhone 8 expected to cost as much as 1000$, we have to ask ourselves “is it really worth it”?
Helio X30 probably won’t top the Antutu charts like Snapdragon 835, but will certainly probably exceed Snapdragon 821’s scores, which I think is more than enough reason to choose
a Helio X30 powered phone like the Meizu Pro 7
just because you’ll get great performance, but Meizu Pro 7 will cost around 700$, that is 300$ less than S8 and iPhone 8!
I definitely believe that if you own a Snapdragon 821 device, you probably might skip getting a new phone, but a better camera and better efficiency might make you consider a Helio X30 device, and for all of you MTK fans rocking X20/27/27 chips, the X30 will certainly almost double the performance! 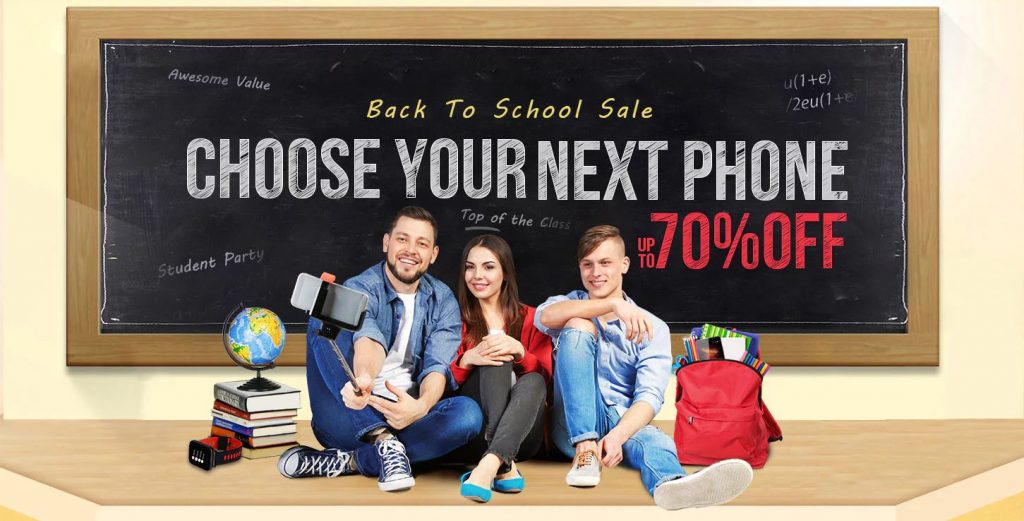 With Samsung S8 and Meizu Pro 7 coming in just a few weeks we can finally assess how both chips will perform, but is paying that big difference worth it?
I personally believe Helio X30 will be quite the Beast and won’t break a sweat in running anything thrown at it, but if VR and being top of the Benchmarks is your passion than you better start saving.